When big cats cross from one country into another, they can fall victim to wildlife traffickers, drug cartels, highways and more emerging threats.

In early April the mutilated body of a jaguar was discovered in Mexico’s Yaxchilán Natural Monument.

Researchers investigating the death quickly concluded that the animal, which had been tracked in neighboring Guatemala since 2015, had crossed the border and fallen prey to wildlife traffickers, who may have taken its head for sale on the black market.

Deaths like this, when a jaguar crossed the border from a protected area into a different country, may have something to do with the big cats’ plummeting populations, experts worry.

“The males have to move across long distances and sometimes go outside of reserves or protected areas to buffer zones and areas populated by people,” says Rony García-Anleu, director of the biological research department for the Wildlife Conservation Society in Guatemala.

Today the wide-ranging jaguar (Panthera onca), which once lived throughout South America and north into the United States, is considered a threatened species. Conservation groups estimate there are only 15,000 wild jaguars left, mostly due to poaching and deforestation.

As García-Anleu explains, the boundaries between countries are important for humans, but they don’t exist for animals. Jaguars require vast amounts of barrier-free land and don’t care about man-marked territories. While females stay in one area, males roam across continents in search of food and mates. They crisscross borders throughout the Americas, traveling as far south as Argentina and as far north as Arizona and New Mexico in the United States.

To learn more about how borders create problems for jaguars, WCS has used camera traps to track and study 14 jaguars in Tikal National Park, a World Heritage site in Guatemala’s Petén Province. Home to thousands of animal and plant species, the park’s 7,700 square miles of forested canopy stretch into neighboring Mexico and Belize.

The study found that the big cats were constant travelers. WCS compared photos of jaguars in Tikal with photos taken by conservation groups in Mexico and Belize and discovered the organizations were often tracking the same animals. Each jaguar’s coat has unique spots that, like human fingerprints, can be used to identify individuals.

Tikal is just one example of reserves across the Americas that exist along borderlines or occupy land in multiple countries. Such reserves attract people as well as wild creatures. In Central and South America, they’ve become home to guerrilla groups, refugees, cattle ranchers and traffickers.

Drug traffickers “use the jungle like a shield,” says García-Anleu, explaining that criminals set ablaze swaths of forests to clear land for private airstrips. “This is why the majority of the forest fires occur in this [border] part,” he explains, pointing on a map to the western border of Guatemala and Mexico. “Here, you can see a lot of airplanes that narco-traffickers abandon.”

Along with the dwindling numbers of jaguars and rising numbers of drug gangs, you can also find vulnerable families who sought refuge from violence in central Guatemala during the country’s decades-long brutal civil war. The 36-year-long conflict ended in 1996 with hundreds of thousands dead, 83 percent of whom were estimated to be Mayan.

Many people were legitimately relocated and given land titles in these areas, while others, both before and after the 1996 Peace Accord, settled out of desperation as Guatemala’s population grew and land ownership was awarded only to an elite few, explains WCS program director Roan McNab.

Today some settlers are “clueless about the laws and get snookered, but most are well aware that the land is a protected area,” he says. Now people settle illegally — not as war refugees but “because they are desperate or because they are land speculators.”

“Land is one of Guatemala’s most precious commodities,” says McNab. “Given the levels of corruption and the undercurrent of influence from narco-trafficking on the border with Mexico, land speculation has been, and remains, rampant in these two border parks.”

WCS has worked with one of the rural communities, Paso Caballos, since 2008, training and employing people to assist with conservation.

The organization also fostered a conservation agreement with local and national government, including a grant of $25,000 every year, half of which is invested in vital services for 1,800 people. The other half pays for patrols of a 20-square-mile buffer area outside the village.

But Paso Caballos is the only community offering to assist with conservation, possibly due to threats from criminal gangs, McNab says.

Clearing the path for sustainable development and conservation will require the government to prioritize addressing organized crime. The situation now “is chaotic, providing a clear win for the organized crime interests that prefer weak institutions and instability in the area,” he says.

All of this growth and crime has hurt the local wildlife. As more people began to occupy reserve land along the border, jaguar habitat naturally decreased, as did the animals’ prey. This created further conflict between the cats and people. Hungry jaguars, which typically avoid humans, have been known wait until nightfall to prey on calves on cattle ranches located next to reserves. To protect their livelihoods, farmers often hunt and kill the great cats.

In response to this growing threat to jaguars, WCS decided to help one rancher by using a simple remedy, an easy-to-build enclosure to safeguard calves at night. The enclosure, similar to ones used to protect livestock from lions and wolves in other parts of the world, proved successful. The farmer told his neighbors and they all started to build their own cattle enclosures, says García-Anleu.

“We did not want to take a punishment approach,” says García-Anleu, adding that sharing information and pictures of jaguars with the communities that live on or near to reserves helps to motivate people — regardless of background, nationality or ethnicity — to join and assist in conservation efforts.

On the northeastern side of the Guatemalan border in southern Mexico, James Callaghan, director of the Kaxil Kiuic Millsaps Biocultural Reserve in Yucatan, explains how another human-induced obstacle threatens jaguars across the continent.

There are “a lot of fatalities from highways, with cars hitting jaguars and killing them,” says Callaghan.

One of the biggest emerging threats to jaguar habitat in southern Mexico at the moment is a proposed interstate train line called the Tren Maya (Mayan Train), which would cross five southeastern Mexican states (Yucatan, Campeche, Quintana Roo, Chiapas and Tabasco) and encourage domestic and international tourism. Multiple jaguar reserves, including Kaxil Kiuic and Calakmul Biosphere on the Mexico-Guatemala-Belize border, will be affected by Tren Maya.

Alongside other large infrastructure projects in Mexico, such as dams and wind farms, Tren Maya crosses Mayan communal land and will disrupt the migration paths of jaguars and their prey, degrade water sources and decrease forest area.

“We are not against development,” he says. “The big issue is, can it be sustainable? Can we create win-win situations for all of the animals, humans included?”

A Call for Cooperation

The same question of balancing human infrastructure needs with wildlife is also being asked further north, in the state of Arizona, where experts say jaguars — along with black bears and many other animals — are threatened by the proposed border wall between the United States and Mexico. Part of Arizona’s border with northern Mexico is also a 1,000-square-mile reserve.

The border wall “would be ‘game over’ for both jaguar and ocelot recovery in [the U.S.],” said Chris Bugbee, a senior researcher at Conservation CATalyst, in a statement alongside a video released this year of a rare ocelot spotted in Arizona.

Both Callaghan and García-Anleu say humans and jaguars alike can benefit from international and interstate conservation cooperation and the standardization of data.

“One of the biggest desires of [conservation] groups is to create a common database,” says Callaghan.

“We need a good monitoring system that we can share with other countries,” says García-Anleu. “This jaguar trail is a long trail, so we need to work closely with people in Belize and Mexico.” No international system like this currently exists, but several countries and organizations each have their own monitoring programs.

More importantly, for the border-crossing jaguar to thrive again in the Americas, experts say humans need to work together across state and country lines. That includes tackling a wide range of anthropocentric issues ranging from sustainable infrastructure development to the destruction of reserves by traffickers.

As Callaghan says, “To move anything forward with the conservation of the jaguar, we have to work with all people, indigenous, local and abroad, and we have to work together.” 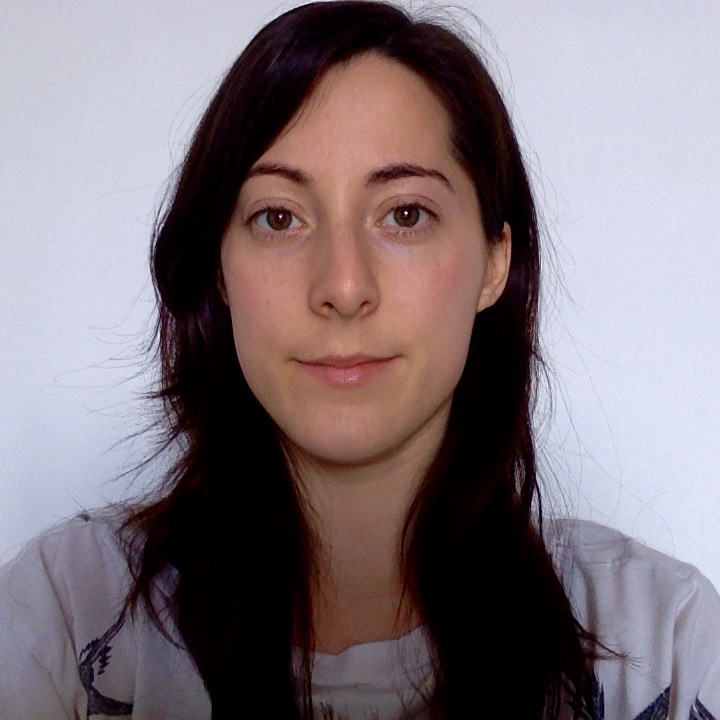