A long-tailed widowbird flies over the Kinangop grasslands. Photo: FoKP

Saving these privately owned grasslands is the key to protecting endangered birds and other unique biodiversity. 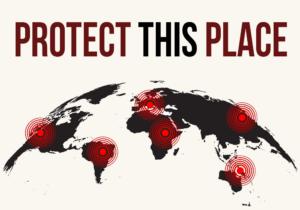 Kinangop Plateau lies between the western border of the Aberdare Mountains and eastern escarpment of the Great Rift Valley, Kenya. It is 62 miles northeast of the Kenyan capital, Nairobi.

The Kinangop Highland Grasslands are internationally recognized as an Important Bird Area. They’re home to approximately 200 bird species, many of which are threatened. These include the endangered and endemic Sharpe’s longclaw (Kinangop being its stronghold habitat), endangered grey crowned crane, vulnerable Aberdare cisticola and range-restricted long-tailed widowbird.

Despite their ecological importance, the Kingangop Highland Grasslands are privately owned and therefore not protected. We’ve seen a sharp decline in their extent and quality over the past 50 years. Now it’s estimated that less than 10% of the original 300 square miles (77,000 hectares) remains suitable habitat for Sharpe’s longclaw and other threatened birds in the region.

Serious threats include the change of land use from traditional livestock grazing to crop cultivation, exotic tree plantations, weed invasion and overgrowing of tussock, along with habitat fragmentation as the local human population increases. This rampant decrease of suitable habitat is directly harming the Sharpe’s longclaw, a grassland specialist that completely avoids non-grassland landscapes like agricultural fields. If this trend continues, the birds are likely to become extinct soon.

While growing up as a young, energetic and playful boy here in Kinangop, I vividly recall the great diversity of birds that I observed. My parents owned close to 50 acres of land, and almost all of it was intact grassland used for grazing livestock. This was the situation for most of Kinangop three decades ago.

Yet over the years I witnessed the collapse of the livestock-rearing support system. This led to a severely reduced income among grassland owners, who had to start cultivating vegetables — potatoes, peas, beans and cabbages — and fast-growing non-native trees to make a living. The change in land use dramatically reduced the extent and quality of the grasslands throughout plateau, which decreased the population size and diversity of the birds these habitats supported, including the Sharpe’s longclaw. This situation prompted action from conservationists at Friends of Kinangop Plateau.

FoKP, a community conservation organization, has been running for about two decades. We initially started working to understand the biodiversity in Kinangop Grasslands and create awareness among the local communities, but later we started helping local farmers earn an income sustainably.

Working for FoKP has added to my passion for species conservation and granted me the perfect opportunity to pursue research in Kinangop. In particular, I have monitored the habitats and the resident bird populations over the past two decades, and have found that bird numbers, diversity and habitats have significantly reduced, with less than 10% of the grasslands and fewer than 700 individual Sharpe’s longclaw remaining.

The grasslands have received little conservation attention other than from FoKP. Our efforts have helped raise awareness about species and habitat conservation among a large proportion of local residents. Together with our strategic partner Nature Kenya and other partners, we have bought four grassland nature reserves, totaling over 200 acres, which provides suitable habitat for the Sharpe’s longclaw and other grassland biodiversity. We have also built a Resources Centre for training and creating conservation awareness among local communities. Finally, and most importantly, to complement sheep farming, FoKP established a Cooperative Society, an initiative that involves working with more than 30 local farmers who control over 600 acres of grasslands. FoKP buys their wool products at favorable prices, serving as an incentive for them to maintain the grasslands.

There’s a need to incentivize livestock rearing amongst farmers — especially for those farms harboring high numbers of Sharpe’s longclaw — because it’s more compatible with bird conservation than continued conversion of grasslands to cropland. While livestock can still disturb or trample longclaw nests without the right precautions, the re-adoption of this economic model would lead to a positive impact for the biodiversity currently living on the edge of extinction.

In the past few years, a support system has revitalized livestock rearing in the region, which is good news for maintaining and hopefully increasing the extent of the grasslands. Research has shown that sustainable open livestock grazing can be beneficial to the endangered Sharpe’s longclaw, which requires short grass with tussock. This requires farmers to maintain the right numbers of livestock in each of these grasslands to avoid overgrazing and ensure optimum productivity of livestock and biodiversity sustainability.

A few challenges still hinder the wide adoption of livestock rearing, and solving them would mean significant success in saving the grassland habitat and its biodiversity:

To see more of what we’re doing for the grasslands, visit our website: www.fokp.or.ke 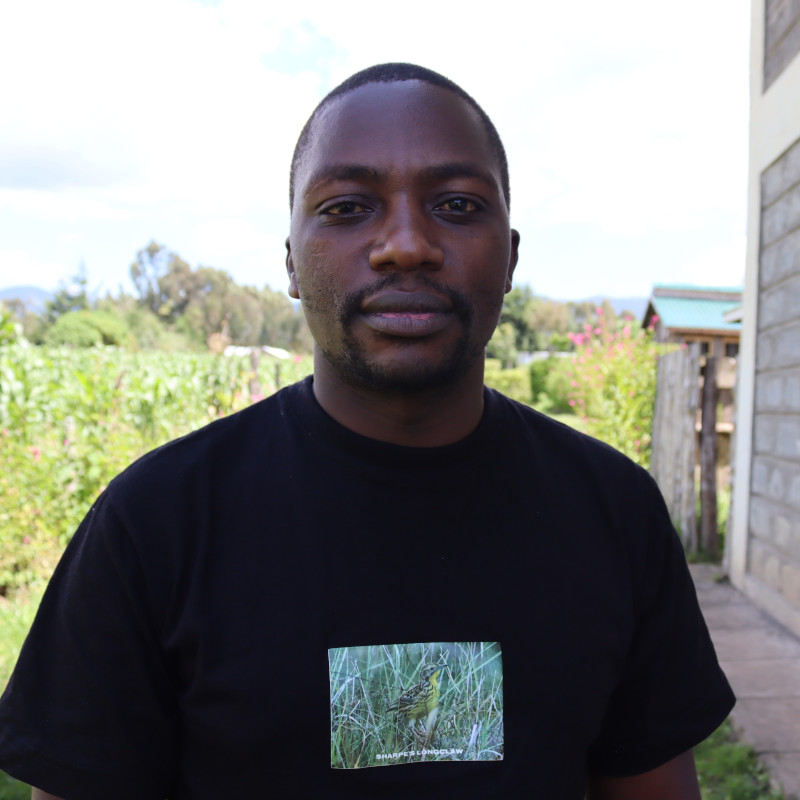 is a conservation scientist with 12 years’ experience. His expertise is in avian research and conservation, grassland and forest rehabilitation, and community engagement for behavioral change. He is currently a program coordinator at Friends of Kinangop Plateau, which has secured numerous grants, including one from the Conservation Leadership Programme in 2020. Martin is passionate about wildlife and works as a lead tour guide for safaris in Kenya, Uganda and Tanzania. He previously worked for the World Wide Fund for Nature-Kenya and Intercontinental Consultants and Technocrats Limited.
https://www.fokp.or.ke/