All-female ranger teams are an innovative and potentially more effective way to defend wildlife, says the founder of the International Anti-Poaching Foundation.

Damien Mander has thought a lot about best practices for protecting wildlife.

As the Australian-born founder of the International Anti-Poaching Foundation, Mander has spent the past 10 years working on the front lines protecting rhino and other wildlife in four African nations. For most of that time his work in this dangerous arena took what he calls “a fairly military approach.” That’s not surprising considering his prior decade-long career with governmental and private military organizations.

More recently, however, he began to wonder if maybe “we’ve done it wrong all these years.”

That shift, he said recently at the 2018 Animal Rights National Conference in Los Angeles, led to the rollout of a new program from the anti-poaching organization. Launched in 2017, the Akashinga program (“The Brave Ones” in Shona) is focused on developing a new force of all-female wildlife rangers tasked with protecting rhinos, elephants and other wildlife from poachers. Akashinga has so far recruited and trained nearly three dozen women.

Mander said Akashinga is a departure from the male-centric military and special-ops world in which he has long operated — what he calls “one of the ultimate boys’ clubs” — and his newer realm of conservation rangers, where the male-to-female ratio is 100 to 1.

To build his Akashinga team Mander, who had not previously trained women, sought applicants from among the most vulnerable females in rural areas. He recruited abuse survivors, abandoned wives, orphans, sex workers and single mothers — women who, he said, “weren’t victims of circumstance; they were victims of men.” Also joining the team this past December was Tariro Mnangagwa, the youngest daughter of Zimbabwe’s president Emmerson Mnangagwa, reportedly as a show of her support for the women and their role in rebuilding the country.

Two team members, Nyaradzo Hoto and Petronella Chigumbura, had been scheduled to be in Los Angeles with Mander, but their travel visas did not come through in time.

With Akashinga, Mander isn’t giving up the hard tools in the conservationist’s toolbox. He is, however, looking at a move away from what his organization calls a “militarized paradigm of ‘fortress conservation’ which defends colonial boundaries between nature and humans.” Instead the focus is on rural communities and personal connections, working with the local population and employing locals — all women — to stop wildlife crime in areas that don’t have protection.

This solves more problems than just poaching. Too often, experts say, locals have insufficient input in how conservation programs will affect their communities, even though they will be people the most directly affected. Women are frequently left out of community decision-making, even though the mantra among environmental groups for many years now has been to empower women to engender desired results, including healthy outcomes for their families.

“A growing body of evidence suggests that empowering women is the single biggest force for positive change in the world today,” the foundation now notes on its website. According to the Organisation for Economic Co-operation and Development, “Women typically invest a higher proportion of their earnings in their families and communities than men.”

The Akashinga recruits initially “went through 72 hours of hell,” said Mander, but only three of 37 women who entered the program dropped off after those first three days. They continued through the same paces as male rangers who train for anti-poaching work and completed an extensive program that covers camouflage and concealment, conservation ethics, crime scene preservation and crisis management. In Akashinga, they also learn how to deal with dangerous wildlife, democratic policing, firearm safety and proper use, first aid, human rights, information gathering techniques, leadership, patrolling, search and arrest, and unarmed combat.

The discipline the women displayed every day of training, and since, is also seen in their diet. All are vegans — a commitment they made to themselves and to the terms of Akashinga.

Arriving at the idea for Akashinga has been an evolution for Mander, who started his professional career at age 19, taking the demanding job of clearance diver with the Royal Australian Navy. He served with a highly trained team that applied its skills to maritime counterterrorism and disposition of explosives. At age 25 he shifted to a role of special operations sniper. Ultimately he completed 12 tours of duty in Iraq, which he said programmed him for just one thing — to destroy.

Now 38, Mander will tell you that back then he was among the least environmentally aware persons. “I had no idea what a conservationist did other than hug trees and piss off large corporations,” he said in a Sydney TedX Talk recorded in 2016. “I was the idiot that used to speed up in his car just trying to hit birds on the road.” Mander even admitted in that talk that he had poached as a teen. He was living a life “a world away from conservation.”

But after leaving the military and mercenary life, at a time when he felt adrift, a 2009 trip to Africa proved to be a revelation. In the Zimbabwe bush, he saw the extent of animal suffering and the aftermath of animal murders for their body parts. This, he said, hit at his core like nothing else in his experience.

Mander chose to be a voice for wild things and join the ranks of animal defenders, making what he believed would be a lifelong commitment to conservation. Ultimately, he also made the personal choice of veganism. Mander sold off his assets from the spoils of war and his mercenary work, and used the proceeds to start his foundation. He envisioned a conservation nonprofit that, as a direct action organization to end animal suffering, would employ military solutions to the war against poachers on the African continent, where anti-poaching tools and tactics had been virtually static for years.

As Mander described during his talk at the conference, he put some “shitty skills” to work for the right cause.

The thinking behind the foundation was that training rangers with 21st century military know-how and technology could be a game-changer for Africa. There, well-funded poachers often employ sophisticated weaponry and tactics against, more often than not, ill-equipped, overworked and underpaid rangers trying to defend rhino, elephant and many other threatened species. The illegal and brutal destruction of wildlife and natural resources worldwide is nasty business, and extremely lucrative, estimated to be worth more than $200 billion annually, with Africa being a prime target for poachers.

Having experienced his conservation awakening in Zimbabwe, it’s rather fitting that another “first” for Mander is happening in this landlocked southern African country in an abandoned trophy-hunting area where 8,000 elephants have been killed in the past 16 years. Covering more than 850,000 acres in the Lower Zambezi, the area became the responsibility of the first Akashinga team, which trained and deployed in 2017.

For Mander’s imperative to “find a way to get community involved,” Akashinga fits the bill. “From what we’ve seen, women do not seem corruptible,” Mander said at his talk in Los Angeles.

That’s of note in Zimbabwe, where the corruption level is viewed as extremely high, aided by the reign of the recently deposed despot Robert Mugabe, who held the country in a vice of power and corruption for nearly four decades. How his exit last year, along with his wife’s arrest for purported illegal ivory dealing, will play out for the welfare of the people and the country’s rich wildlife — including antelope, buffalo, elephant, giraffe, leopard, lion, rhino, serval and zebra, among so many others — is an open question.

But that’s perhaps too macro a tale for Mander. “Getting frustrated with corruption is like going to the beach and getting pissed off about the sand,” he said.

What matters, Mander said, are results, and so far their efforts are paying off. As of this writing, the Akashinga team has about 60 arrests, which have resulted in more than 41 years of jail sentences. Recent actions resulted in arrests for serious crimes related to ivory smuggling, zebra poaching and sable antelope snaring.

Mander said Akashinga has been “more effective than anything I’ve seen.” He noted too that the women have an uncanny ability to “de-escalate everything.”

With the first Akashinga program in Zimbabwe, Mander said the communities see income coming in every month, with rangers’ salaries helping to replace income that had come in from trophy hunting. And the pride in the community is clear — some 2,000 people attended the graduation of the Akashinga team last year. The women have become role models in the area.

An all-female team has its antecedents in the Black Mamba Anti-Poaching Unit, South Africa’s first majority female anti-poaching team, but what may set Akashinga apart is how widely the program can be rolled out across the African continent. Its long-term success will depend on funding — that’s why Mander is currently touring the United States — but so far, it has proven its effectiveness.

“This is the evolution of man to see something we should have seen in the past,” Mander said. “Women will change the face of conservation forever.” 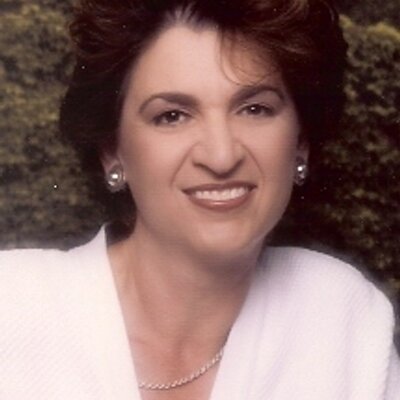