The theory of evolution driven by competition is only part of the story, a new book reveals.

Excerpted from Sweet in Tooth and Claw: Stories of Generosity and Cooperation in the Natural World ©2022 by Kristin Ohlson. Reprinted with permission by Patagonia.

The view of evolution as a process driven by competition and selfishness was thoroughly shaken up in the 1960s by evolutionary biologist Lynn Margulis. She was fascinated by the microbial world; her daughter Jennifer Margulis says that she called herself a “spokesperson for the microcosm.”

In a paper that was rejected by fifteen scientific journals before it was published, Margulis pointed back to the earliest days of life on Earth and argued that single-celled organisms (bacteria appeared some 3.8 billion years ago) made a dramatic leap into multicellular complexity via symbiosis some one and a half billion years ago.

In this hypothesis, two different microorganisms lived in community — as bacteria still do, forming slimes and mats in which millions live and interact with each other — and merged to form a new and more internally complex kind of cell called a eukaryote. Those eukaryotic cells themselves went on to form symbioses to become mul­ticellular organisms.

Eukaryotic cells contain bundled structures outside the cell nucleus — mitochondria, which produce energy, and, in plants, chloroplasts, which drive photosynthesis — and Margulis argued that both are remnants of formerly free- living bacteria. This line of thinking stretched all the way back to the work of early twentieth-century Russian scientists who embraced both Kropotkin and Darwin but were ignored in the West at the time.

When Margulis presented her work, it took ten years for most of the rest of science to stop damning her as a heretic, but her arguments are now widely accepted. Every bit of our bodies, as well as those of other an­imals, plants, and fungi, are made of eukaryotic cells — these minuscule bundles of cooperation that transformed Earth more than anything except for the emergence of life itself.

A friend who heard I was working on this book sent me a marvelous essay by neuroscientist Kelly Clancy for Nautilus magazine called “Survival of the Friendliest,” which introduced me to the concept of “relaxed selection.” As Clancy points out in the essay, natural selection — the weeding out of members of a species that have traits that make them less likely to survive, and the resulting surge of others with more helpful traits — can be “relaxed” by events outside an organism’s control, like a drop in the number of predators or the sudden increase in a food source or a long spate of fine weather, and this relaxation allows organisms the freedom to change and grow in new ways.

But selection can also be relaxed by the actions of the organisms themselves. “Evolution isn’t just selecting for bodies,” Clancy explained to me. “It’s selecting for behaviors, postures, mating dances, habitats. It’s beavers making dams, and humans making cities. It operates on a cultural level.” 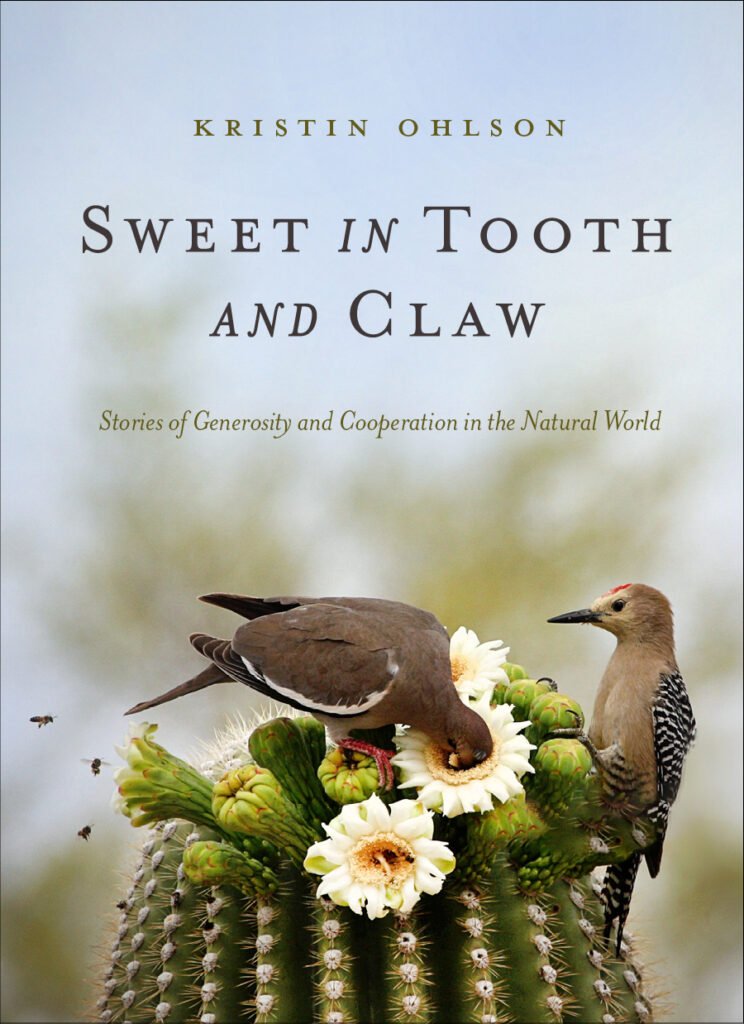 The ancient fusion of microorganisms that created eukaryotic cells was surely an example of relaxed selection: the two single-celled organisms struck a bargain in which one found a safe environment inside the other, and the host acquired an onsite energy source. “Here, evolution is not a weapons race, but a peace treaty among interdependent nations,” Clancy writes. The new eukaryotic cell was given the freedom by this union to expand its numbers and be more biologically creative — a creativity that ultimately led to greater complexities like us and all the animals, plants, and fungi in our world.

It takes a lot of energy to produce the enzyme, and only Synechococcus has the gene to do it. But Prochlorococcus benefits all the same, as the enzyme Synechococcus produces wafts through their common soup and becomes a shared good. Prochlorococcus doesn’t need to waste any energy producing the enzyme and, instead, can focus more energy on reproduction. And it does a champion job of it, benefiting the entire ocean community. Researchers say the trillions of Prochlorococcus in the seas weigh as much as two hundred and twenty million Volkswagen Beetles, providing food to thousands of other ocean creatures and generating 5 percent of Earth’s oxygen.

Scientists theorize that Prochlorococcus once had the gene to produce the enzyme, but that living in a cooperative community where other cyanobacteria do the job for free allowed it to lose that gene. This theory is hilariously called the Black Queen Hypothesis, after the card game Hearts, in which players ditch cards trying to avoid getting stuck with the queen of spades. It counters another biological theory called the Red Queen Hypothesis, which suggests that competing organisms are involved in a constant evolutionary arms race — based on Wonderland’s Red Queen telling Alice that “it takes all the running you can do, to keep in the same place.”

Most of us assume that evolution tweaks organisms to become more complex in order to succeed, but scientists theorize that evolution works in the reverse way, too: when organisms obtain shared goods from others in their community, they can afford to become less complex. Reminds me of some marriages: he forgets how to do the laundry, she forgets how to fire up the grill, and they use the freedom granted by their union for something else. Gardening? Reading? Petting the dog?

We humans have prospered as a species for a number of reasons, but one is certainly the marvelous inventions that have allowed us to relax selection. Agriculture and medicine, buildings and heating systems, and traffic signals and bike helmets — all allow us to thrive. Our problem now is that many of these inventions and our resulting abundance increases the pressure on the rest of nature, rupturing ecosystems and driving other species to extinction. And the abundance itself doesn’t even nurture everyone within our own species, with some so wealthy they have gold toilets and others so poor they squat in ditches. We need to relax our pressure on the rest of nature, guided by new metaphors for our relationships with other species — metaphors that will hopefully spill over into our relationships with each other. We need to be sweeter.

©2022 by Kristin Ohlson. Reprinted with permission by Patagonia.

These Books Are for the Birds (and Bugs) 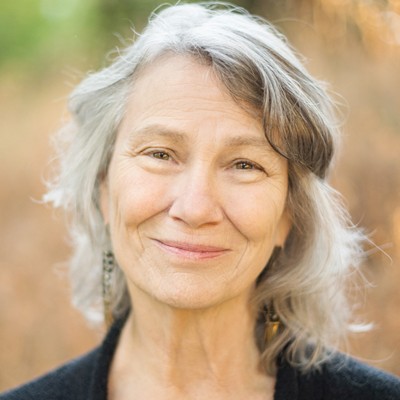 is a writer living in Portland, Oregon. Her newest book is Sweet in Tooth and Claw: Stories of Generosity and Cooperation in the Natural World. Her last book was The Soil Will Save Us: How Scientists, Farmers and Foodies are Healing the Soil to Save the Planet.
http://twitter.com/kristinohlson