As the world debates the need to protect 30% of the planet’s land and water, research in collaboration with the late conservation biologist shows the importance of long-term support for biodiversity.

The scientific consensus is clear: The climate and ecological crises are accelerating, converging, and putting humanity at risk. Stewardship of large, unbroken ecosystems can help alleviate these crises — by keeping carbon in the ground and sustaining the vast array of life on Earth, including ourselves.

No one knew this better than Dr. Thomas E. Lovejoy, the legendary scientist who famously coined the term “biological diversity” (often shortened to “biodiversity”) and dedicated his life to its protection.

Starting in the 1970s, in the early days of the modern environmental movement, Lovejoy spearheaded an experiment in the Brazilian Amazon to answer a critical debate: Is it better to have a single large reserve or several small ones? In collaboration with the Brazilian government and locals, Lovejoy’s team created forest fragments of different sizes and tracked the ecological consequences. Its findings have unfolded over decades, showing that fragmenting forests leads to species declines or extinctions, affects the local climate, and hinders carbon storage.

The results are clear: While even small forest patches can remain strongholds of endangered species and should be conserved, when it comes to nature reserves, large areas are fundamental and provide unique, irreplaceable benefits for biodiversity.

In the decades since this forest experiment began, governments around the world have increasingly established and expanded nature reserves. These protected areas now cover about 17% of the world’s lands and hold the promise of safeguarding biodiversity within large, unbroken ecosystems for the long term.

But there’s an inconvenient truth for nature reserves that conservationists in the 1970s did not anticipate: Protected areas are not necessarily permanent. In fact, they’re increasingly subject to legal changes that roll back protections and can put ecosystems at risk.

Notably, not all protection rollbacks have negative consequences, as they may restore rights to the original Indigenous or local stewards or enable conservation planning. But many rollbacks to protections are not so benign and authorize new or expanded industrial-scale, extractive development. We’ve seen this happen several times recently:

Nine years ago, as a prospective Ph.D. student who’d initially studied this phenomenon in the United States — and with a keen interest in the biodiversity of Amazonia inspired by a semester abroad in Ecuador — I audaciously approached Lovejoy with an idea. Could we look at the phenomenon of protected area rollbacks in the Amazon? Given increasing pressures from agribusiness, hydropower dams, mining and other industrial development, and the critical importance of large, unbroken ecosystems for biodiversity, the topic seemed ripe for study.

Tom agreed to advise me through my Ph.D., and I also benefited from generous collaborations with Conservation International. Our study began in the Amazon but evolved to include data from around the world. In a paper published in Science in 2019, we showed that 73 governments enacted more than 3,700 rollbacks to protected areas. Although about one-quarter of these legal changes restored land or rights to communities, most allowed new extractive, industrial-scale activities. We found that Brazil, the home of Tom’s forest-fragment experiment, is a global hotspot of rollbacks.

In a separate study, my colleagues and I — working without Tom — found that protected areas with more deforestation are at higher risk of being rolled back, suggesting the importance of sound management and enforcement to keep protections intact.

Tom called the phenomenon of protected area rollbacks the “underbelly of conservation.” Rollbacks are largely hidden, as official statistics focus on net growth coverage of protected areas. As long as the total number grew, any shrinkages or adjustments to loosen restrictions could remain hidden.

Yet our research has driven new awareness. Protected area rollbacks have now been recognized in a motion by the International Union for the Conservation of Nature, and provisionally included as a “complementary” indicator in the Convention on Biological Diversity’s post-2020 Global Biodiversity Framework. That’s expected to be agreed later this year in a “Paris moment” for biodiversity.

Even as rollbacks continue during the Covid crisis, donors are increasingly prioritizing long-term conservation funding. More comprehensive monitoring by civil society, reporting of information by governments, and financial support from public and private sectors could go a long way toward enhancing durable conservation. Targeted funding, for instance, can support better management. And beyond state-led protected areas, other land stewardship approaches —  especially those led by Indigenous peoples and local communities — need more support.

Durable support for conservation is especially important as conservation groups and world governments debate 30×30, the goal of protecting and conserving at least 30% of the planet’s lands and waters by the year 2030. That’s just eight years away, and as governments rush to meet this goal, any lands lauded as protected by the end of the decade could be chipped away and rolled back without anyone being the wiser.

How can the world ensure that 30×30 goals are achieved in as effective and durable a manner as possible? Again, Tom Lovejoy had the answers.

Working on a bold research topic, I was, and continue to be, inspired by Tom’s wisdom. In the spirit of the late civil rights leader John Lewis, Tom often ended our regular meetings with a wink, smile and reminder to “make good trouble.”

Tom modelled good-trouble-making himself, strategically working along the science-policy interface to make a difference. For instance, with Carlos Nobre, he put pressure on the Bolsonaro administration by spotlighting the Amazon tipping point — a deforestation threshold that, if passed, could flip the tropical forest ecosystem into a savanna, with devastating consequences for the local water cycle, global climate, and irreplaceable biodiversity.

Despite daunting conservation challenges, Tom remained focused on how different stakeholders can safeguard large, unbroken ecosystems and their biodiversity. He took a systems and collaborative approach to identify and advocate for holistic solutions. To name a few: He championed Indigenous and local community stewardship, advocated for forest conservation as a pandemic prevention strategy, and promoted restoration before it was in vogue.

And Tom knew better than anyone that spatial protections alone are not enough to save the world. Scientists agree that transformative changes to address the underlying drivers of biodiversity loss are urgently needed. These changes could include redirecting environmentally damaging subsidies, enhancing nature-positive regulations and sustainable supply chains, accounting for diverse values and ways of measuring societal progress (e.g. beyond GDP), and ensuring equitable access to education.

Tom’s engagements on dozens of boards of organizations across sectors meant that he lived the words he penned in 1989: “Science must take on an advocacy role with respect to environment … indeed, it is our responsibility.” Tom modeled these values through his long-term research, engagements with governments around the world, and generous, legendary convenings. With these actions he created some of the conditions we need to save the world: knowledge generation, meaningful collaborations of scientists with decisionmakers, and political momentum.

What remains most inspiring is that he never faltered in his persistence and optimism. Despite his position on the front lines of conservation — witnessing ecosystem loss, unsustainable development, and political challenges like rollbacks firsthand — he remained steadfast in his belief that a better way forward is possible. That there’s always some opportunity to make progress.

Governments have an opportunity to do just that, later this year, by agreeing to and financing transformative goals and targets for the Convention on Biological Diversity, including the goal to inclusively protect and conserve at least 30% of the planet by 2030. This effort should be centered in a human rights-based approach with recognition of Indigenous and local community rights and ensure that extractive and industrial-scale activities — and the harmful rollbacks that would enable them — are avoided in protected and conserved areas.

These actions would not only honor Tom Lovejoy, the “Godfather of Biodiversity,” but also give humanity a chance at safeguarding our beautiful planet and its large, unbroken ecosystems for the long term. The future of life on Earth depends on it.

Now Read This: Stop Doomscrolling and Save the Planet 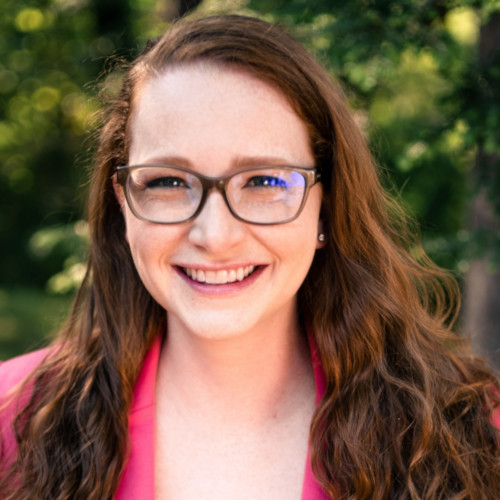