“In the event of my imminent extinction, I hereby authorize the following as a testament of my wishes…”

In the event that my species is so badly depleted due to hunting or habitat loss that it is on the verge of extinction, and I am (still) unable to direct my own care, I hereby authorize this Living Will/Advance Directive as a testament of my wishes:

I, GENUS AND SPECIES NAME, residing at NAME OF ZOO / WILDLIFE PRESERVE / ROADSIDE TORTURE CIRCUS, being of sound mind, and acting willingly and without duress except for YOU CUTTING DOWN / PAVING MY HOME / PUTTING ME IN SOUP, herein state the following desires with regard to my end-of-life care:

I wish to ACCEPT / REFUSE attempts to create a romantic environment for a partner and me while people with clipboards watch us through a window.

I wish to ACCEPT / ABSOLUTELY REFUSE encouragement to mate with a related subspecies or species I’m not really attracted to.

I wish to GRUDGINGLY ACCEPT / POLITELY DECLINE being the subject of an earnest Change.org petition circulated on Facebook.

In the event that men with rifles are standing around me while I sleep to fend off poachers, I wish that they would GET THEIR GROSS SMELL OUT OF MY SWEET URINE-NEST / SHOOT SOMEONE FASTER / COME OVER HERE AND SCRATCH THIS SCAR ON MY NETHER REGIONS.

After my death, I wish to ACCEPT / REFUSE having my frozen sperm or eggs combined with those of a related species in an ambitious IVF procedure that will result in news headlines such as “Frog-enstein’s Monster?” or “In Vitro Turtle-ization!”

I wish to REFUSE / REFUSE, OH GOD WHY having my genes approximated by the manipulation of a living species’ DNA and turned into an embryo that an elephant or other animal is forced to carry to term.

I wish to ACCEPT / REFUSE / ACCEPT, BUT ONLY IF IT’S TASTEFUL being put onto a special-edition stamp.

In the event that a third-grade teacher assigns his or her students to draw a poster about an extinct species and one of them chooses me, I wish to ACCEPT / REFUSE (WHY ARE YOU PUTTING THE BURDEN OF YOUR SHAME ONTO YOUR CHILDREN?).

If Elon Musk wants to engrave my genetic code on a rocket and shoot it into space, that would be KIND OF DUMB / VERY DUMB.

If a museum wishes to taxidermy my carcass and pose it in a diorama, feebly trying to escape a human hunter mannequin, I REFUSE / ARE YOU EFFING KIDDING ME / I WILL COME BACK AND HAUNT YOU. 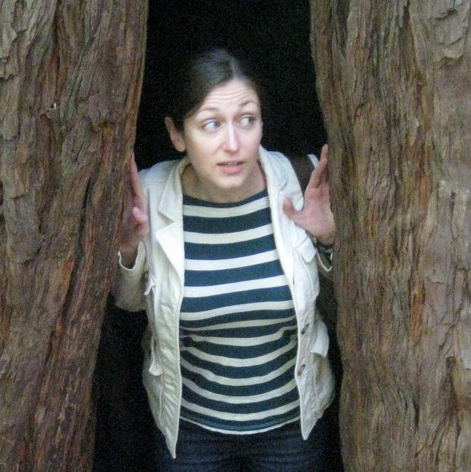 is a freelance journalist and editor in Massachusetts. Her writing about science has appeared in The Atlantic, New York Magazine, Quanta and others, and her less-serious writing can be found at sites such as McSweeney’s and The Belladonna. Her blog, Inkfish, is published by Discover.
http://twitter.com/Inkfish https://elizabethgpreston.com/