Disease has struck the rare Asiatic lions of Gujarat, and other new threats have put their recovery in jeopardy. What will it take to save them?

When most people think of lions, they probably think of Africa. But another, lesser-known subspecies of lion actually lives in India, where they represent a major conservation victory — for now, at least.

Asiatic lions are a distant cousin of the much bigger African lions that diverged from the African continent over 100,000 years ago. They once roamed throughout the Middle East, including Mesopotamia, Syria, Iran, Palestine, Arabia and Balochistan, along with much of Northern India to the Bay of Bengal. Sadly hunting caused the lion’s numbers and territory to shrink, until they were only found on the Indian subcontinent. After that, trigger-happy British colonialists and Indian maharajahs shot practically all of India’s lions except for a handful in the Gir deciduous forests in Junagarh, a district in Gujarat in western India.

By the beginning of 20th century only an estimated 20 Asiatic lions remained in the wild. Their fate would have been sealed forever if not for the timely act of the nawab of Junagarh who offered immediate sanctuary — from a king to the king of the jungle — and the lions finally found a safe haven. The nawab was succeeded by his son, an even bigger animal lover, who in 1922 totally banned hunting of lions in Gir and declared the region as a protected area.

Over the next 100 years, as colonial rule gave way to an independent democratic country, national parks and wildlife sanctuaries started sprouting across India especially to save the national animal — the tiger. Gir became a government-protected reserve and, as the last bastion of Asiatic lions, has continued to play a vital role in the conservation of the species.

The last census of the cats’ population in 2015 showed 356 Asiatic lions living in the Gir National park and another 167 in the unprotected forest and revenue areas of Gujarat state.

The lions owe their survival and recovery to the assiduous efforts of India’s Forest Department, the state and central governments, and the local communities who have revered the lions as the true king of their last abode. It came as no surprise when, in 2015, the Asiatic lions became the first big carnivores to be downgraded from “critically endangered” to “endangered” on the IUCN Red List of threatened species. They’re a rare conservation victory any nation would be proud of.

But is it all good news for Asiatic lions? Perhaps it seems that way when you look at their rising numbers, but it appears less so when you look at the bigger picture of a shrinking habitat. With more than 500 lions in the 8,494-square-mile park (22,000 sq. km), many experts feel there’s just not enough room for their population to continue to grow. Meanwhile, keeping them all in one place also leaves the lions vulnerable to the ravages of a future natural or man-made disaster like fire or floods, which could spell doom for the whole species.

In fact one of those disasters may have now arrived, as at least 23 Asiatic lions have died in the past few months. About half of the deaths have been linked to an outbreak of canine distemper virus, an infectious disease that has also threatened other wild cat populations. In response, the Gujarat State Forest and Animal Husbandry departments have started a program to vaccinate local cattle and dogs, from which the disease probably spread to lions, but it’s as-yet unknown how many lions remain at risk.

Meanwhile, there’s another threat: With millions of tourists flocking to see the animals each year, the villagers living on the fringes of the forest have found a new way to earn quick bucks by showing off “their state’s pride” to passing tourists.

In May this year seven people were arrested in Gujarat for planning an illegal lion show, where a somewhat tamed lioness was lured out of the forest with live chicken bait. The viral video — and many other such episodes of locals abusing wild lions through staged hunts and wild chases that surfaced one after the other — burst the bubble for the custodians of the forest, who had until then believed they were doing everything right to protect the lions.

The Gujarat state government immediately took stern steps. New rules include a ban on taking videos of the wild lions, which will now amount to hunting. Any individuals shooting a lion with a camera could get seven years of imprisonment and will be booked under section 9 of the Wildlife Protection Act of 1972.

Other initiatives suggested are radio collaring each of the wild cats to track them constantly and the enrollment of local guardians into a troop called SinhMitras (Friends of the Lion) who, accompanied by dogs, would roam the forests to keep a watch not on the lions but the tourists and ensure no one uses any illegal means to get a glimpse of the lions. The state is also intent on adding two additional safari parks and turning them into protected areas to reduce the tourism pressure on the current safaris.

However, a step the Gujarat government is reluctant to take is to give away its pride — or at least to share the responsibility of conservation by extending the lion’s territory to a neighboring state and thereby improving the lions’ chances of survival in the face of unexpected disasters like the current disease outbreak.

Five years ago the Supreme Court of India, the nation’s highest judicial body, issued an order to move some lions from Gir national park to Kuno Wildlife Sanctuary in central Indian state of Madhya Pradesh, but to this date no lion has been moved.

Gujarat claims that the translocation will happen only after 33 studies have been conducted in Madhya Pradesh under the IUCN guidelines. The Madhya Pradesh government, on the other hand, says it is ready for the lions, having expanded the size of the Kuno protected area from 133 square miles (344 square km) to 270 square miles (700 sq. km). They have also spent Rs. 90 crore (U.S. $13 million) for relocation of 24 villages in the core area, development of prey base and other infrastructure needs. Ravi Chellam, a member of an expert committee formed by the Environment Ministry, believes it is the complete unwillingness of the governments — both central and the states — to deal with the complexity and the urgency of the problem that is delaying the shift of the lions.

What is worrying is Gujarat’s unflinching belief that it is the only state in India capable of protecting the cats; this could turn catastrophic. A recent study showed that of the 184 deaths recorded of lions in 2016 and 2017, 32 were due to unnatural causes like falling into open wells, being hit by trains or vehicles, electrocution and poisoning. The presence of six highways, a railway line and about 18,000 open wells only increase the danger of continued accidents. “At the moment, all our eggs are in one basket and that is a huge risk,” warned Chellam.

Even the recent canine distemper outbreak has not swayed the government’s position. This month Gujarat chief minister Vijay Rupani emphatically stated that the lions were “completely safe in the forest” and “will not be relocated.”

The lions of Gujarat are admittedly doing relatively well overall despite the current threats, but Asiatic lions are still endangered and need a contingency plan that ensures they can roar beyond the boundaries of their lone territory. While at one time the resolute action of a nawab saved the lions by closing the boundaries of the state, what would do greater good today is to open dialogues, share expertise, encourage development of more secure habitats through translocations and give the kings of the jungle a chance to spread their kingdoms. 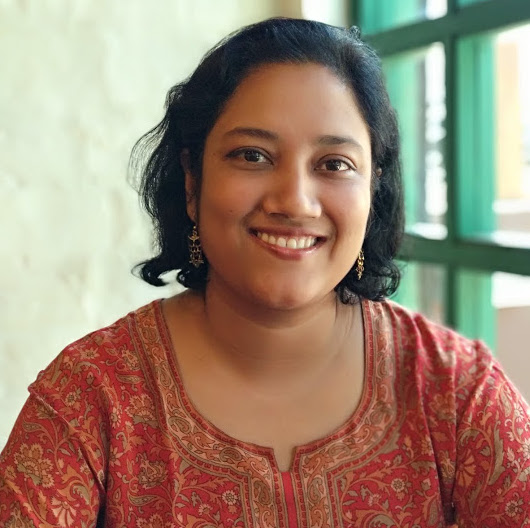 is a science and environment writer and editor. She runs her own web publication on endangered species called India’s Endangered. Her work has appeared in a number of publications like The Wire, Deccan Herald and Down to Earth. She has also authored a set of books for children called the Environment Science Essentials.
http://indiasendangered.com/