At the same time, reporters should be cautious not to oversell small and dubious solutions, as one recent case illustrates.

Can mainstream journalism in the United States do a better job covering the climate? That’s a question I find myself pondering as evidence of a looming climate change grows stronger and the likelihood that the world will respond soon enough dwindles. I fret that the press may not be playing its historic role ringing the alarm bells.

Last October the Intergovernmental Panel on Climate Change published a special report on the risks of letting the planet warm up more than half a degree Celsius. News outlets erupted in stories about the document’s stark conclusions: that unless humanity dramatically cuts back the amount of carbon dioxide spewed from of millions of smokestacks and tailpipes, starting now, we’ll suffer civilization-threatening climate disasters. But then the story was mostly gone from the media.

Of course “the media” is an increasingly imprecise concept. Still, as far as I can tell, within days, most outlets had moved onto the next topic du jour.

Since then I’ve noticed that much of the climate news I see is less about the dire predictions and more about fixes — large and small — that could help reduce the amount of CO2 humans let off into the atmosphere.

That’s great, but unfortunately new wind farms, better solar panels, methods of sequestering carbon underground and other topics appearing in the typical “good news” climate story will have scant practical impact: They’re too small-scale for the size of the problem. But this fact is often left out, ignoring the lopsided relationship between what we must do and what we’re doing.

The new IPPC report and federal National Climate Assessment state bluntly what experts have been saying to each other for years: What’s required to avoid catastrophe are monumental changes in almost all facets of life, with “no documented historic precedent.”

Why is there so much reporting on essentially inconsequential solutions and so little on the enormity of the problem? I recently came across a case that may shed a little light.

In late 2017 the Salk Institute in La Jolla, California announced the Harnessing Plants Initiative, a research effort to, among other goals, create crops for removing carbon from the air and sequestering it in the soil. The LA Times, San Diego Tribune, Popular Mechanics and more than a dozen other newspapers, magazines and web outlets published glowing, uncritical stories about the research.

What caught my attention was not the technique the Salk project proposed but the improbable boasts for the research’s potential that many of the stories repeated credulously. “’We did the numbers,” Joanne Chory, the initiative’s director, told Popular Mechanics. “And the numbers say you need about five percent of the world’s farmland…to fix 50 percent of all the CO2 that we’re putting up there.” Chory told the LA Times she could “pretty easily” create new plants to do the job.

Of course, five percent of the world’s farmland is a big chunk of territory. Still, if her prediction were accurate, her small lab could take the world halfway to solving the entire climate problem in only few years. “It will take roughly 10 years and $50 million,” she told Business Insider.

It sounded too good to be true. As I discovered, it was.

In order to avoid catastrophe, people must stop increasing the amount of carbon dioxide in the air. But turning around civilization’s energy ocean liner will be difficult. Most experts agree that it will be impossible to accomplish the goal fast enough only by cutting back on the amount of fossil fuels people burn. We can’t replace coal power plants with windmills and solar panels or invent fossil-fuel-free alternatives for aircraft fast enough. So we’ll also have to remove a substantial amount of carbon dioxide from the air and bury it, a process called negative emissions.

In January 2018, as I explored covering the story myself, Chory explained her own negative emissions plan to me in a phone call and a series of follow-up emails. She told me her plans — which would use either traditional breeding or modern gene-splicing techniques — to create crops rich in a carbon-heavy, waxy molecule called suberin that all plants produce in small amounts in their roots. The substance decays slowly, lingering in soil long after the rest of a plant has rotted.

Plants differ widely in how much carbon dioxide they take in for photosynthesis and turn into carbon-laden molecules such as lignin and sugars. Perennial grasses — among the best domesticated plants for trapping carbon — produce 1 ton of carbon in their roots per hectare. Chory said that to achieve her goal — solving half of the climate problem by planting new crops on 5 percent of the world’s farmland — she would need to create plants 20 times more productive, able to store 20 tons of carbon per hectare. And that carbon will be mostly in the form of relatively inert suberin, unlike other plant tissues that rot quickly and turn back into carbon dioxide.

Other experts I spoke to about this were doubtful. “That’s impossible,” said Rattan Lal, a professor and director of the Carbon Management and Sequestration Center at Ohio State, of the improvement in root productivity Chory claims she’ll achieve. He said that even if Chory managed to create a plant 20 times better than perennial grasses at storing carbon in the laboratory, real-world conditions would foil her plans. “The nutrients and water required for that grass would be enormous, and where will these come from?” Lal asked, incredulous.

Keith Paustian, a soil and crop scientist at Colorado State University, said the idea of improving storage of carbon in soil by breeding plants that produce more suberin in roots is, as he put it, “sound.” But he said that Chory’s factor of 20 is “not a credible number.” Even increasing the amount of carbon plants stored in soil by a factor of two, he said, “would be a hell of an accomplishment.” Paustian is a member of a National Academy of Science committee called Developing a Research Agenda for Carbon Dioxide Removal and Reliable Sequestration, which issued a report on negative emissions in October 2018.

Paustian says that few crops produce 20 tons of carbon per hectare, even including both the parts above and below the ground. To meet her objective, he said, Chory would essentially have to turn the whole plant into roots made entirely of suberin.

“You can’t take all the plant’s carbon and stuff it underground or you don’t have a plant,” he said. In its new report on carbon capture and storage, the National Academy of Sciences estimates a “potentially achievable” amount of carbon dioxide that could be absorbed by crops that’s just one-tenth the amount Chory says she’ll accomplish.

After I told Chory about Lal and Paustian’s doubts, she broke off our correspondence. But through a spokesperson, she acknowledged that she has no hard evidence to support the bold claims she’d made. “We cannot know how much of an increase in suberin’s root mass and carbon sequestration is possible without further data, which we will acquire in the coming years,” she wrote, admitting tacitly that her claims were unsubstantiated.

And yet her initial claims were repeated in media reports without the qualifier she begrudgingly provided to me.

Does it matter that this story was amplified in the media and consumed by hundreds of thousands of people? At best, readers will be disappointed when they eventually discover that climate change remains an unsolved problem. At worst, solutions that might actually work might be passed over or given low priority as unnecessary.

A bigger question looms: Why had news organizations gotten this story so wrong, reporting speculation as fact?

Ivan Oransky, cofounder of Retraction Watch — a blog that monitors scientific publishing — says journalists and scientists are often “incentivized to increase sexiness and hype.” Journalists, he said, must get eyeballs and scientists must get satisfied funders. “It’s not surprising,” he said, “that we get superficial and often-wrong science being published and written about.”

A 2015 paper in the British Medical Journal identified a troubling trend in science that, in part, bears Oransky out. In an analysis of millions of papers it showed that the use of 25 positive words such as amazing, encouraging and groundbreaking had increased by a factor of almost ten between 1974 and 2014. The hype has no doubt seeps into press releases and, subsequently, into reporters’ prose.

There might be another factor. Much of what makes it into headlines is depressing news of mayhem and destruction, a fact epitomized by the old saw, “if it bleeds it leads.” But journalists also look for sweeteners to temper the bitter bad-news medicine. Even The New York Times now publishes a “Week in Good News” department. In recent years advocates of solutions journalism have argued it’s irresponsible not to give readers reasons to believe that problems can be solved.

I understand the impetus to seek upbeat stories. I once produced a radio report about ideas for protecting Andean summits from the ravages of climate change. I profiled a Peruvian glaciologist trying to protect glaciers by insulating them with sawdust and an inventor from Lima who hoped to induce newly bare Andean peaks to grow new glaciers by painting their dark rocks white. I knew that these inane ideas couldn’t work, and my story included a touch of skepticism. But I figured those quixotic efforts might help to illustrate the profound impacts of climate change.

I worry that my clan does just the opposite: pulling their punches when discussing solutions and soft-pedaling the alarming future scientists are increasingly certain that we face.

More deeply, I worry that journalists may be subject to what amounts to a perfect storm: The increasingly dire predictions of climate change, combined with our ardent desire to offer hope, plus a rising trend in oversold research results. The Chory case suggests that we take care not to let our appetite for upbeat stories get in the way of our inbred skepticism. It also suggests the need to painstakingly vet what we’re told — even when a story’s technical nature makes fact checking difficult. If I could find the flaws, so can anyone else who takes the time and effort.

Obviously that’s a task made harder in an era of staff and budget cuts, but it can and must be done. The stakes are too high to let hype get in the way of difficult but important messages. 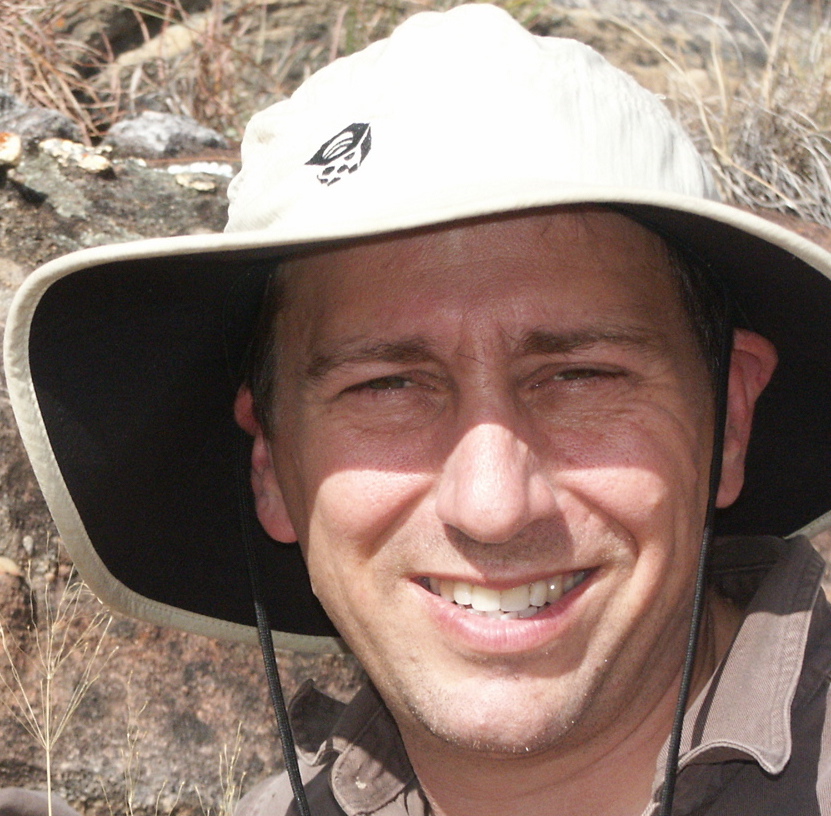 has been a print journalist and radio producer for 30 years. He has reported on climate issues from all seven continents, including from near both the south and north poles. He's a Bullard Fellow at the Harvard Forest, researching carbon uptake in the world's forests.
http://twitter.com/grossmanmedia http://dangrossmanmedia.com/