Hunting has a bad reputation and is rarely considered in forest governance and conservation strategies. But what if, instead, we tried to learn from it?

Many of us think of the Amazon as an untouched wilderness, but people have been thriving in these diverse environments for millennia. Due to this long history, the knowledge that Indigenous and forest communities pass between generations about plants, animals and forest ecology is incredibly rich and detailed and easily dwarfs that of any expert.

For one thing, Indigenous people see animals and humans as integral to nature. This holistic view is often missing in contemporary, science-based forest governance and conservation strategies, which tend to focus solely on forest cover.

In my Silent Forest project I’m investigating how Indigenous communities in Colombia apply traditional ecological knowledge in wildlife management. Based on my research so far, I would like to argue that subsistence hunting, and the traditional ecological knowledge that guides and regulates it, must be recognized as a key forest-management strategy.

At the same time, there’s an increasing risk of overhunting and commercialization, both by Indigenous and forest communities themselves and by the people who live in the region or come for business. Currently it’s relatively easy to buy wild meat in local markets, even though it’s illegal to sell meat sourced from wild animals in most Amazonian countries.

It’s likely that the scale of hunting and trade of wild meat in the Amazon is substantial. Overhunting should be a concern, not only for the sake of biodiversity conservation, but because large mammals and birds, like tapirs, deer, wooly monkeys or curassows, disperse seeds of many tropical tree species, playing critical ecological role in the forest food webs. Unfortunately, because this activity is illegal, the commercialization of wild meat goes largely unmonitored. Only a few studies have attempted to quantify its extent, though there’s still a shortage of data.

Clearly hunting is a leverage point for effective forest governance, but it does require careful balancing.

What Gets Measured Gets Done

Earlier this year I visited the Indigenous reserve of TICOYA — which stands for its three ethnicities, the Ticuna, Cocama and Yagua — in the Amazon Department of Colombia. There I spoke with Indigenous hunters from different communities living in the reserve. Many of them told me they noticed animal populations have declined. They also expressed worry that they personally engage in unlawful activities if they sell the meat, but admitted that there are few alternatives for obtaining necessary cash incomes for their families.

This shows how unmanaged subsistence hunting, in combination with illegality of trade in wild meat, can create uncontrollable conditions, where people still hunt and sell their catch but do so in secret and without reporting quantities or which species they hunt. This complicates monitoring and evaluation, making wildlife management unruly and the official data unreliable.

It also opens up issues related to justice: Indigenous people are frequently marginalized by state authorities, and their traditional forms of management are less often applied.

Meanwhile life in the Amazon region is changing. New market dynamics, environmental laws, cultural changes and loss of traditional ecological knowledge in the countries that share the Amazon all affect wildlife.

On one hand, food preferences among Indigenous people seem to be shifting. Young people are losing interest in hunting, and many look for jobs and opportunities in the cities.

On the other hand, the region is going through rapid development and national economic policies often see forest lands and resources for value extraction, which generates conflicts with Indigenous rights. The new waves of onslaught particularly strike the eye in Brazil, but manifest in most Amazonian countries. Economic development attracts many non-Indigenous settlers who come to work in mining or agriculture and do not have sensitive ecological knowledge or care for nature but like to eat wild meat or hunt for recreational purposes.

On top of these changes and emerging threats, we should keep in mind that illegal trade in timber and fauna is very profitable. There seems to be a surge in international demand for the parts of wild animals such as jaguar teeth, bones and hides.

The Dawning of the Indigenous Regime

All these links need to be better studied and understood. However, in these conditions of rapid change and high uncertainty, we have to make the best of what we have. That includes the traditional ecological knowledge of Indigenous people and forest communities.

In fact, those communities could help monitor the wildlife and support the design of fair, equitable and effective wildlife and forest management, as well as its implementation.

That’s important because research clearly shows that Indigenous territories are crucial for forest conservation. These lands typically have much lower rates of deforestation and forest degradation than the state-administered areas. In this sense, the value of traditional ecological knowledge is indispensable, and Indigenous institutions are the cornerstone of sustainable use of forest resources.

I saw this in action in Colombia, where hunters of the Indigenous, multi-ethnic TICOYA reserve understand the might of institutionalized collective action. Four years ago some of the hunters formed an association with the local Ticuna name Airumakuchi (loosely translated into “tigers of the water”).

Airumakuchi aims to unite the hunters of the Indigenous reserve and start to discuss wildlife management in order to maintain and increase the abundance of wild animals and attract them back to the forests surrounding the communities. In the initial phase, Airumakuchi received support from a large project led by the Center for International Forestry Research. Now the association stands alone as it strives to secure sufficient support from the state authorities.

The hunters may hold the keys to sustainable wildlife management, but it won’t happen without a system of checks and balances, informed by animal population monitoring with the ability to detect violations and enforce sanctions through local institutions designed for that purpose. At the same time hunting regulations — such as the designation and rotation of hunting territories, species dependent quotas and hunting seasons — have to incorporate traditional ecological knowledge and be designed and monitored by the hunting association, with the participation of the communities in the reserve.

Going further, Amazonian governments and their regional environmental authorities should contemplate testing small-scale legal trade of wild meat hunted by licensed Indigenous hunters coming from “certified” and sustainably managed forest areas. Such pilot projects can deliver metrics for monitoring and evaluation. For example, people who live in Brazil’s Chico Mendes Extractive Reserve have the right to traditional extractive practices such as hunting, fishing and harvesting of wild plants. And this is not the only such case; so-called “extractive reserves” are common and effective in Brazil. Wildlife-management strategies in other countries could learn from these examples too.

Sustainable forest management is easier said than done. But precisely for all the same reasons, a decentralized approach with organized local action can work. Empowering and investing in local hunter groups, providing forest and Indigenous communities with legal and practical tools to manage and benefit from their forests, could shape the practice of sustainable forest resource use while protecting the wildlife and increasing governance cost-efficiency. And that’s why Indigenous hunting should be included in any forest-management strategy.

This story is produced with support from the Swedish International Agriculture Network Initiative, SIANI. 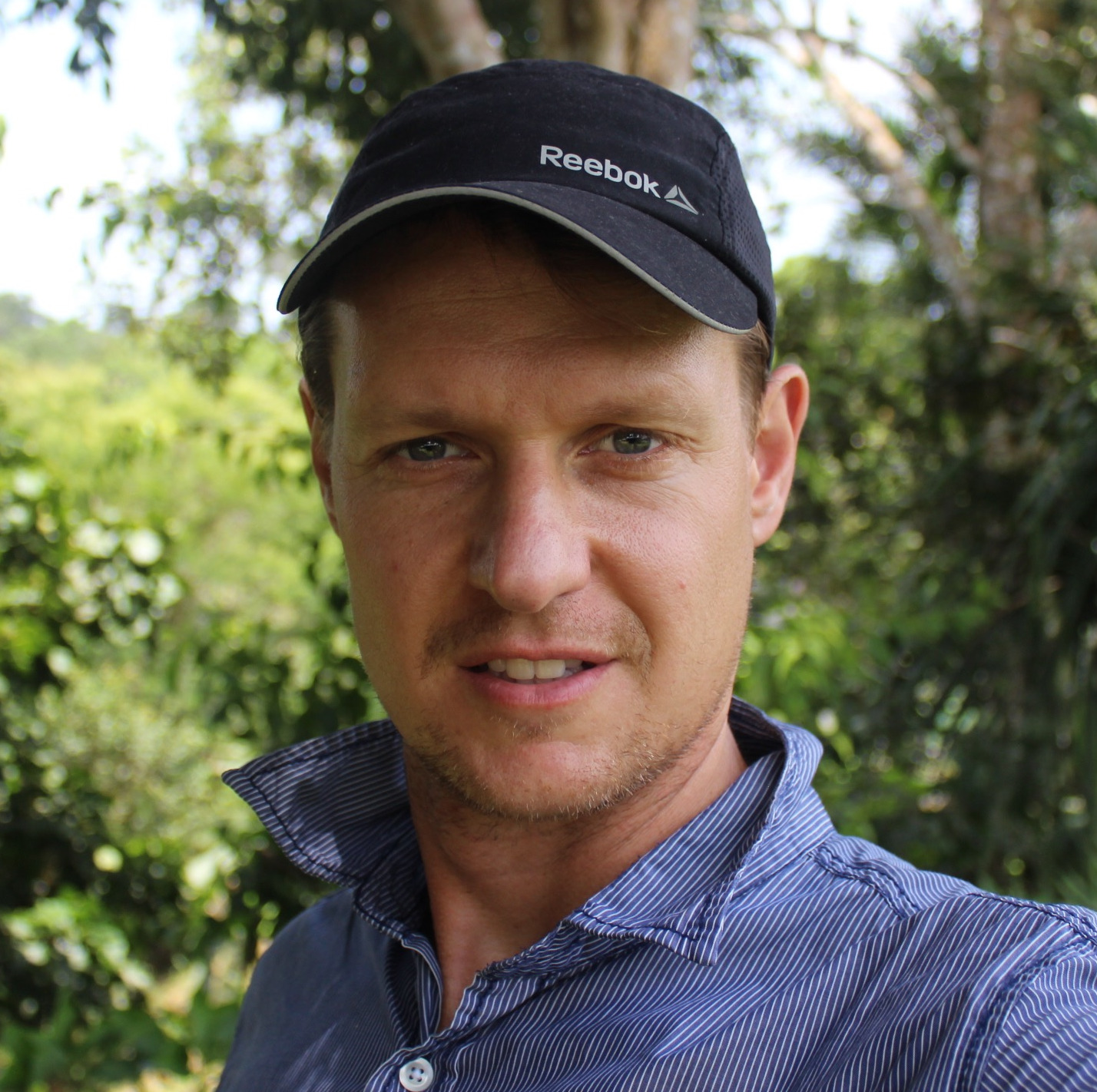 is an associate senior lecturer at the Lund University Centre for Sustainability Studies (LUCSUS), Sweden. From 2009 to 2013 he conducted his PhD research as part of the newly established research school LUCID. Krause has extensive experience in conducting fieldwork in Chile and the Ecuadorian Amazon on the social and environmental impacts of conservation projects. His current research covers hunting and defaunation in tropical forests, with a focus on the Colombian and Ecuadorian Amazon (financed by the Swedish Science Council - Vetenskapsrådet).
https://www.lucsus.lu.se/torsten-krause