The “invisible monsters” of climate change and extinction stalk us all, but these experts in terror also remind us that fighting monsters helps create hope.

Who needs vampires, werewolves or serial killers this Halloween when you’ve got oil executives, polluting companies and climate-denying politicians?

After all, environmental horrors don’t just happen one night or season each year. They’re with us all the time now.

Even some of today’s top horror novelists tell us they’re having trouble processing the latest overwhelming climate disaster or extinction threat.

But that’s one of the values of horror: Sometimes you just need to know that someone else shares your fears, to acknowledge that you’re not alone.

At the same time, horror fiction provides a safety valve for the pressures of modern society. As the late horror director Wes Craven (Nightmare on Elm Street) once said: “Horror films don’t create fear. They release it.”

What environmental terrors keep horror authors up at night — and what gives at least some of them the hope of escape?

Turn out the lights and find out:

Alice Henderson, wildlife researcher and author of A Ghost of Caribou 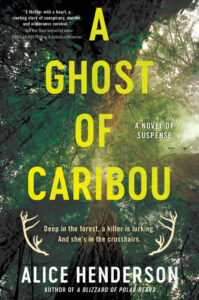 The ecological disaster that horrifies me the most is species extinction. Habitat loss and fragmentation, pollution and anthropogenic climate change are taking an unprecedented toll on us and the species we share this planet with.

To think that so many species are slipping away, never to grace the Earth’s surface again — all due to human apathy, ignorance, and even willful destruction of our planet — horrifies me.

But I have hope we can pull it together. Even though so many species have vanished in our wake, we can prevent this from continuing to happen. But we must act. 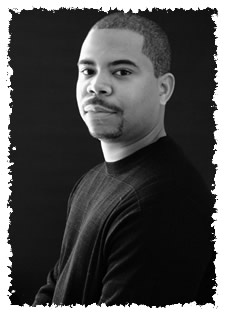 The extreme weather events we’ve been experiencing terrify me. As I write this, we’ve just seen Hurricane Ian ravage Florida’s Gulf Coast, Georgia and the Carolinas, leaving millions of people without power and causing billions in property damage.

And it will get worse. This is the inevitable consequence of decades of unchecked burning of fossil fuels. We’re paying the bill for generations of irresponsible behavior.

The imminent climate catastrophe should keep us awake at night. It should motivate us to take real action to save our societies — before it’s too late.

Daryl Gregory, author of Revelator, an Appalachian horror novel, and nine other books 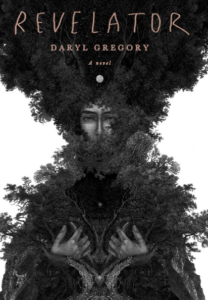 What scares me is my own despair — the feeling, sometimes bordering on certainty, that we can’t come back from what we’ve done to the planet, and that my grandchildren and their children will be consigned to a hellscape of fires, floods, droughts and killing heat. I’m so angry at our own stupidity and shortsightedness. We’ve not only murdered ourselves but countless other species, and we’ve poisoned the sea with microplastics that will persist long after we’re gone.

Sometimes when I visit the Smokies, where my parents grew up, I’ll come upon an abandoned house or barn being retaken by the forest — vines twisting through the walls, trees bursting through a roof — and think, yeah, we had it coming. Take it all back, Earth.

I know that despair is not a useful emotion. It’s a vine that chokes off our ability to take action. But some days it’s tempting to surrender to it.

Zin E. Rocklyn, author of the climate-refugees novella Flowers for the Sea 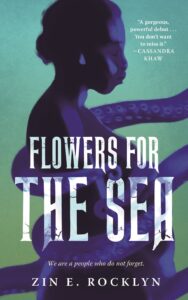 I’ve always pictured the end of the world as one hot-ass Earth, boiling whatever inhabitants are left, the surface uninhabitable, forcing the remaining humans underground.

So perhaps darkness is the more applicable descriptor here.

Our days spent underneath, our nights the only freedom in fresh air that we’ll experience. Our eyes adjust, our posture changes, and what we know of humans has shifted yet again.

We’ve pushed this planet to a brink unrecognizable by recent history, and yet we have those in power who vehemently deny the facts — on more than just the weather — deciding for the rest of us that we as a human race do not matter.

Because that planted tree means nothing in the face of greed.

But we’ll brave it. There are more of us than there are of them, and we’re much more familiar with the day-to-day struggle, when money can’t be a factor because we don’t have any.

At the heart of it, I do believe humans will make it. We will forever be changed.

I am hopeful it’ll be for the better. 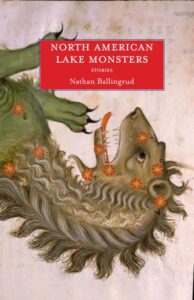 It’s the suffering of the innocent that gets to me. Most of us are not innocent. I can’t claim to be, nor can any of us who knowingly participate in actions and behaviors that directly contribute to the progression of global warming.

But when I see children pushed along in strollers, too young to be aware of the legacy they’ve inherited; black bears and their cubs rummaging through garbage cans in my neighborhood, desperate for something to fill their bellies; images of elephants looking for water; or when I read about the displacements and extinctions caused by the massive deforestation projects in the Amazon rainforest — I’m overwhelmed by the cruelty of it all.

The simple, selfish cold-heartedness required of us as a species to visit all this pain and terror upon the world. Whatever is coming, I guess we’ve earned it. But everything that breathes is going to have to pay right along with us.

Cassandra Khaw, game writer and author of Nothing But Blackened Teeth 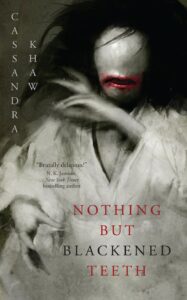 Something in me broke the first time I heard the Amazon was burning. I spent days watching the footage, horrified. I couldn’t believe it. I’d always taken a strange comfort in thinking that no matter what humans did, the rainforest would close itself over our cities — at least in Malaysia, where I grew up — and bury all remnants of us in the green. To child-me, there wasn’t anything greater than the rainforest, nothing more powerful than the natural world. And if the rainforests of Malaysia were potent, the Amazon felt almost deific to me.

But then we set it ablaze.

I have nightmares about that. The fire. I have them whenever I hear of any wooded area burning to cinders. It terrifies me beyond description to think of what we’re doing to the world, and of there being a future where there’s nothing left of the green but our memories.

Wendy N. Wagner, author of The Deer Kings and editor-in-chief of Nightmare Magazine 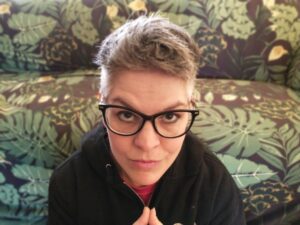 It’s impossible to live in the American West without seeing that our water cycle is badly damaged. Climate scientists say we’ve entered a megadrought, and that the region is the driest it’s been for more than 1,000 years. There is no doubt that these conditions have been caused by climate change and human mismanagement, and that the drought’s impacts will have vast repercussions across the region.

Where will our food come from when there is no water to irrigate the fields in California? Where will the fish go when the rivers run dry? How will I breathe when wildfires last longer and spread farther? I am terrified that these questions are no longer the provenance of rhetoric or dystopian projections, but ones we are facing every summer, and summer gets hotter and drier every year. I only wish zombies and werewolves were as frightening.

Christopher Golden, author of Road of Bones and Ararat 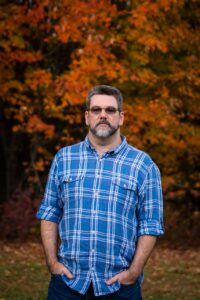 What frightens me more than any of the horrific daily reminders is that so many people in government and business know all of this to be true and refuse to take any real steps to combat the terrifying future ahead. All over the world, governments and corporations pay lip service to combating global warming and instead tell us plastic straws are the problem. And this pretend-ignorance makes it easy for so many people around the globe to also deny or at least ignore the reality unfolding around us.

There’s nothing in fiction or even in real life more horrifying to me than the pretense that global warming is not the most significant crisis humanity has ever faced. The century of human suffering ahead is not unimaginable. We can imagine it perfectly well. But we choose not to. Nothing is more horrific. 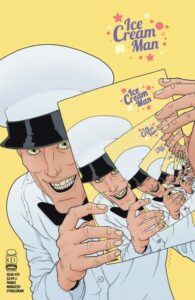 I mostly just think about my daughter (she’s 5) and what kind of world she might live in when I’m planted and gone. What scares me is that there will be risk of floods no matter where she lives; that every city in this country will be prone to punishing heat waves; that wildfires will swallow up large swathes of what’s supposed to be our children’s natural landscape; that deforestation will lead to more pandemics; that drinkable water and breathable air will be in shorter and shorter supply.

I worry about that for her because that’s what’s happening now.  And there ain’t a story in the world that’s as scary as that.

Rena Mason, coeditor of Other Terrors: An Inclusive Anthology 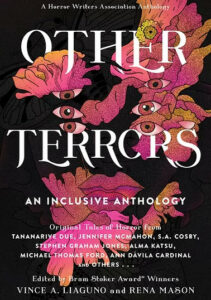 Melting permafrost is a part of that climate change that has its own terrifying aspects, like the release of greenhouse gases, damage to ecosystems and their biodiversity, and landslides and geological accidents. But it’s all the horror we cannot see that haunts me the most: the release of parasites, viruses and bacteria, microbes over 400,000 years old lying dormant in permafrost.

With it all melting and coming back to life, what besides anthrax (which killed a 12-year-old Siberian boy in 2016) is still waiting to be uncovered? They could be older, more potent forms of familiar organisms, or some not yet known to us. These possible pathogens might enter us or our food sources unknowingly and grow, maybe even multiply and thrive within host bodies.

Brian Keene, author of End of the Road and The Rising 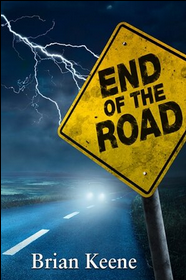 I’m a country boy. I was raised to live off the land. I live in a rural area, sandwiched between a river and a forest. It’s never not quiet here. Be it daylight or long after dark, I can always hear frogs, insects, owls, ducks, geese, squirrels, and occasionally the soft drum of deer hooves or the padded footfalls of foxes and other animals.

To think that all these could one day disappear — the silence that would follow utterly horrifies me. 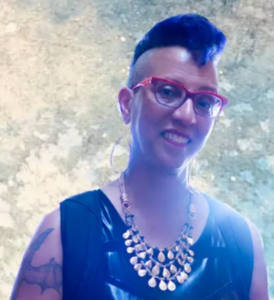 My horror is often inspired by outrage and frustration at the bad things that humans do to one another and the world around them to feed their wounds and demons. The denial of the truth that we are all connected is disheartening. It’s this denial that is degrading Earth’s climate, causing more wildfires, drought and stronger tropical storms.

I don’t know what it’s going to take for humans to realize they can’t keep going on this way. It’s easier for many to believe we aren’t connected, that we don’t share one planet, and that the lines drawn on maps separate and protect us.

I do know the planet will survive, with or without us.

In the meantime, horror writers will continue writing of the end …

The Ask: What Environmental Issues Give Nightmares to Horror Writers?