So how can we learn to hear the howl?

“The Boy Who Cried Wolf” tells the tale of a boy whose warning of danger is met with disbelief because of past lies. The familiar moral of this story is honesty — don’t lie, or one day you won’t be believed when it’s really important.

That ancient fable has modern relevance to climate change, about which we know at least two things: First, global warming is largely responsible for acute disasters — drought, superstorms, extinction and more. Second, without immediate action, those disasters will only worsen. We know that climate scientists are not “crying wolf.” So why is that what so many people hear?

The response to the boy’s claims holds an often overlooked second lesson of the wolf fable: We let past events cloud our assessment of novel warnings, even if a wolf really is at the gate. Climate change is here, it’s dangerous, and if we don’t address the threat we’re in trouble. But when you’re told that fact over and over again, it’s easiest to become apathetic, fatigued and disillusioned — we continue to disbelieve or disregard the warning while the wolf draws blood.

Last month the United Nations Intergovernmental Panel on Climate Change released an alarming report: Without immediate, dramatic reductions in greenhouse gas emissions, we’re headed for unprecedented and dangerous changes to the world’s climate in the next two decades. In order to limit global warming to a 1.5 degree Celsius rise (we’re already at 1 degree), we have to achieve a 45 percent emissions reduction from 2010 levels by 2030 — and reach net zero global emissions by 2050.

A “safe” 1.5 degree rise poses its own dangers, but a 2 degree rise increases the chance of mass extinction, drought, famine, massive sea-level rise and many of the most catastrophic impacts of a warming world on humanity.

Predictions of global warming’s impacts are largely statistical, aggregated and probabilistic. That’s scientifically sound, but it creates some emotional distance between the problem and us as the people who need to learn about it. When we hear about catastrophic impacts we expect a monster named “climate change” to do some cinematic city destruction — King Kong, The Day After Tomorrow, Michael Bay stuff.

While the intensity of hurricane Harvey, food shortages in East Africa, and coral-reef bleaching events have all been made worse by global warming, science cannot definitively label these the Climate Monster. Accusations of “doom and gloom” and (reasonable!) scientific fear of conflating climate with weather beleaguer any connection between disasters and global warming with statistical language and caveats of scientific uncertainty. As such, many people don’t see the wolf’s teeth. After all, despite 30 years of warnings from climate scientists and environmental activists, to most people going about daily life in America the world seems okay. Right?

The Doorway (of the Mind)

This is actually a common thought process. An availability heuristic is a mental shortcut — and often a logical fallacy — whereby we judge the probability of an event based on examples that readily come to mind. For instance, we express a greater fear of flying in the wake of high-profile aviation accidents that garner attention in the news, even when driving is statistically far more dangerous.

The availability heuristic works in the other direction, too, when we struggle to link experience with concern. This can be described as an unavailability heuristic: If we do not have clear examples of danger — or if safe experiences like driving feel readily available — then it is tempting to ignore legitimate warnings. For example, our first reaction to the sound of a fire alarm is that it must be a drill. After all, we have all experienced many fire drills, but fewer real fires.

Remember the frog in water that didn’t realize the temperature was being slowly turned up and eventually boiled to death? Climate science tells us we’re starting to boil, but we are the frog, unable — or refusing — to see it. We hear a boy who cried wolf through the filter of our unavailability heuristic.

So what do we do when the wolf is real? We have to start shouting better, not just louder. While climate science requires a statistical and probabilistic approach, good communication requires clarity and definitive policy goals. Will smoking definitely give you cancer? No, but strong statistical evidence from medical research justifies us in saying, “smoking causes cancer.” Global warming and its effects have been here for decades. We have ample evidence that acute natural and human disasters result from global warming, and we are justified in saying so.

Every time climate scientists have shouted “wolf!” global warming has taken another bite. The IPCC report showed that if we act now, we can stave off the worst and heal our wounds. But it warns that if the climate wolf takes another bite, it may be untreatable. If an unavailability heuristic tricks us into ignoring danger, then we need readily available examples of global warming to provide a better heuristic in public discourse. It’s time for scientists (when possible), activists and the media to drop probabilistic language and tell the story of global warming as the story of the hurricanes, droughts, famines, extinctions, floods and fires already here. Some ambitious, compelling projects are doing exactly this: establishing a new global warming heuristic.

The wolf is eating us. Let’s say so clearly and unequivocally, while we can still fight it off. 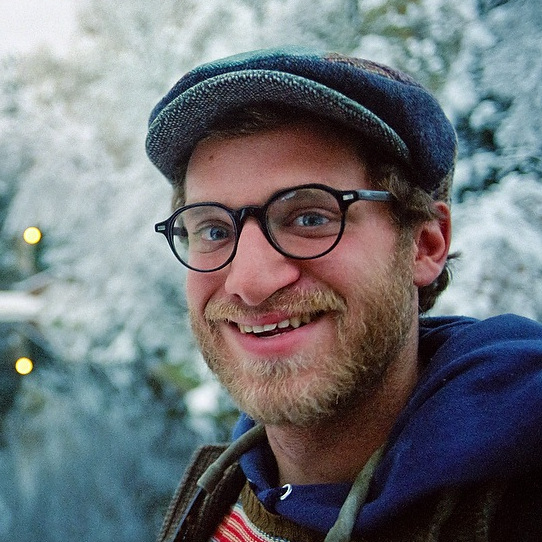 is an environmental philosopher, writer, teacher and adventurer. He is an assistant professor at Alaska Pacific University in the Institute for Culture and Environment and a member of the Committee on Environmental Thought. His work considers ethical issues facing conservation, climate change and human impacts on nature. He lives in Anchorage, Alaska.
https://www.alaskapacific.edu/people/alexander-lee/ 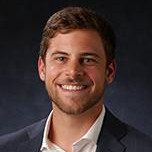 researches public lands policy and land use planning in the American West. He is a graduate student in Environmental Studies and Law at the University of Colorado, Boulder.
https://www.colorado.edu/envs/alex-hamilton