Students successfully mobilized to pressure Georgetown University to divest from fossil fuels. What comes next?

When students first began organizing a fossil-fuel divestment campaign a few years ago at Georgetown University, where I teach environmental studies, they knew the road ahead would be mostly uphill. At a prestigious university with millions in investments, the bureaucratic realities were all too evident.

Still, that first wave of students persisted, staging colorful events and inspiring demonstrations on campus. In the process they garnered enough support to convince the university to divest from coal.

That was five years ago, and since then the stakes have only gotten higher — along with the temperatures.

Flash forward, and now the current incarnation of student activists has just achieved a remarkable victory: The university revealed this month that it will freeze and phase out all fossil fuel holdings over the next five to ten years.

The announcement came on the heels of a student referendum vote that passed by an overwhelming 90.7%. It quickly prompted a number of commentators to reflect on the enormity of the moment.

Holy holy holy heck! If I’m reading this right, @Georgetown Georgetown–one of the country’s great universities and premier Catholic institution–has divested from fossil fuel! Go Hoyas! and such thanks to all who fought to make this happen! @GUFossilFree https://t.co/oVwYZkL3vY

As critical as this decision is — and as influential as it may yet be to other educational institutions — a secondary aspect of the narrative has received less attention and could be the key component going forward: Georgetown will now also repurpose its funds and energies toward renewability.

“The board’s decision directs endowment funds to be invested in areas such as renewable energy,” the Washington Post wrote. This rare commitment to reinvest directly in alternative and renewable resources is an important development in the wider campaign.

That effort will start at home. The university’s press release on Feb. 6 touted its increasing efforts toward “reducing its carbon footprint, supporting education, research efforts and other measures.”

This ethos was reflected in the final policy language adopted by the board of directors that same day, including the reiteration of an overarching intention to contribute “to our transition to a more sustainable world.” The prospective nature of these sentiments is both promising and necessary.

As the GU Fossil Free (GUFF) site implores: “To truly invest in our future, we must divest from our destruction.” Looking at the “Why We Fight” section of the site evokes memories for me of the many dedicated students who have done this work, but it also serves to remind us all of the stakes.

These students haven’t just been working to address past actions and change current policies; they’ve also been futuring — planning for the days and years to come with a systematic approach. “I don’t want my legacy to be ‘the person who knew but did not act’,” Ezequiel Espiricueta said on the site. “It’s time to step up, stand for justice, and protect our futures,” observed Lucy Chatfield.

It is this piece of the puzzle — pointing toward the arduous road ahead while maintaining a sense of possibility — that ultimately may be the most effective and inspiring result of all. It validates a core premise of social change efforts more generally: the need to not only stand against, but for.

As GUFF member Sadie Morris described it, the major task at hand is no less than the urgent need for “recognizing and forcing the systematic, global change that needs to take place,” in order “to create a human system that is compatible with a healthy and happy planet and healthy and happy people.”

Knowing many of these students may serve to bias my views on all of this, but it’s equally the case that the overall momentum of future-oriented change efforts steadily has been tipping toward youth (as environmental systems approach parallel “tipping points”). I wrote as much a few months ago.

What comes next? For Georgetown, it will entail a strategic process to identify the right investments and places where the institution’s assets can have the most positive impact. Efforts toward greening the campus and promoting sustainability inside and outside the classroom will build on those already in place.

For GUFF and students around the world, the challenge now will be to replicate this success at other institutions, and to turn their investments away from the fossil fuel economy of the past and reinvest them in a renewable future.

And for the rest of us? Whatever else we invest in for the future, we need to continue to support the efforts of today’s youth to mobilize for change. It may be that investing in the work of these students will yield the greatest returns of all. 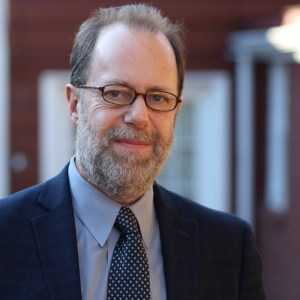 is co-director and teaching professor of Environmental Studies at Georgetown University. He writes on issues of politics, ecology, culture and technology for numerous academic and popular outlets. His most recent book is Peace Ecology (Routledge, 2015).
http://twitter.com/randallamster http://www.peaceecology.com/

1 thought on “Divesting From What Was, Investing in What Might Be”