Subsidized water cultivated the West, but this required becoming increasingly profligate with the region’s scarcest resource.

The West uses too much water. For such a simple problem, the obvious solution — use less — lies frustratingly out of reach.

That inability to change may seem hard to understand, but the root of the problem becomes clearer if we consider the role of the West in the historical development of the United States:

The purpose of our system of “free water” — heavily subsidized water for irrigation — was to provide opportunities to settlers.

The frontier has served an important function in the Euro-American imagination since before there was a United States. For historians of the American West like me, the significance of the frontier has been at the center of our field for more than a century. Thomas Jefferson made the most notable case for westward expansion, prescribing it to relieve the social and political pressures that were building up as eastern populations grew and fought over limited resources. By the mid-1800s policymakers believed his ideal of yeoman homesteaders and their patchwork of farms was the Manifest Destiny of the United States’ exceptional democracy.

But that ideal never made it all the way across the continent. It ran into a problem right around the 100th meridian, west of which there wasn’t enough rainfall for agriculture.

Agriculture would require irrigation. A lot of it.

To solve this problem, the United States formed the Reclamation Service (the precursor to the Bureau of Reclamation) just over a decade after the frontier closed in 1890. While the federal government wasn’t quite powerful or rich enough, at the time, to construct many major irrigation projects, the Service provided a signal of the nation’s commitment to investing in the West as a site for settlement. It was too important a project to leave to private irrigation companies and too much work for individual homesteaders. As historian Donald Pisani put it in his book Water and American Government, “Federal reclamation was the last stage of Manifest Destiny.”

With the New Deal, the Bureau of Reclamation came into its own: Hoover Dam, completed in 1935 as the world’s largest dam, served as a symbol for the country’s ability to conquer nature.

Progressives championed desert reclamation at the turn of the century, but the federal government’s willingness to build infrastructure and give water away on extravagantly lenient terms was just as appealing for conservatives after World War II. Even Barry Goldwater, while courting the libertarians of the nascent New Right, advocated for the federally funded Central Arizona Project in his home state so that farmers could grow cotton in the Sonoran Desert.

That’s the defining contradiction of life in the West: “Government,” in Western parlance, was and is the stuff of restrictions, even when it’s the government that underwrites ever-popular sprawl.

While some made fortunes off this deluge of government spending, the enrichment of a few landowners was not the policy objective. Rather, the purpose of all the free water was to retain the West as a “safety valve,” a place of refuge for those who wanted to avoid the taxes and regulations of the East. But to accommodate growth without limits as the population boomed, the region would need to heighten the contradictions and become increasingly profligate with its scarcest resource.

Agriculture was once the means for permanent settlement of the arid West, and it continues to drive water consumption today. Around 80% of Colorado River water goes toward agriculture. About half of that is directed toward alfalfa hay that feeds cattle, an extremely inefficient way to provide calories for humans.

AZ must reduce water usage by 21% — and smaller cuts are needed in NV and Mexico — to avoid a “catastrophic collapse” of the Colorado River, the U.S. govt says.

The area is facing its worst drought in 1,200 years — now ongoing for 23 years — largely due to the climate crisis. pic.twitter.com/2n8gUy1eKV

Agricultural water rights are some of the oldest in the West, and water law here revolves around seniority. Yet even if there were a ready legal pathway to divert water away from alfalfa fields, the fact remains that the apparatus for western water delivery was simply not built with a regulatory lever. The underlying imperative to grow without limits would inevitably lead back to a state of crisis.

Consider St. George, Utah. The fastest growing metropolitan area in the country consumes almost no agricultural water, yet its lawns and golf courses quickly suck up its scarce water supply. The city, a popular destination for retirees, is expected to double in population by 2050. Officials now find themselves struggling to find sources of water for the surge in residents. What is quickly becoming a crisis for humans is also creating additional pressure on other species such as the endangered woundfin and Virgin River chub.

The system’s deference to ideology over pragmatism is clear when it comes to the Basin’s 30 Native American Tribes. Collectively, they control about 20% of the water rights in the Colorado River system, yet many of those rights consist of “paper water.” They’re unrealized due to a lack of infrastructure. Building the necessary water projects for the Tribes would not only cost money but also push the system past the point of collapse. The very viability of the free water system depends on a de facto denial of the water rights of Indigenous nations, just as broken treaties facilitated the “free land” policy of the 19th century.

Free water was destined to run out eventually. Facing this problem in the West will be difficult, considering that politics and culture have worked in tandem for so long to keep “government” out of government-subsidized water. It’s unclear whether the system can be retrofitted with an off switch and whether the necessary governments can work together to do so before the Colorado River system crashes.

So how do we move forward? Ending the current subsidies seems the most commonsense solution — as well as the most unlikely to gain political traction.

Another possible solution: commodities trading. The classic solution for an imbalance of supply and demand is to introduce markets. Yet applying this approach to western water faces logistical challenges and can do little about longstanding problems of equity.

Still, the problem is big enough that all interventions may be necessary. Perhaps these first two ideas can be implemented. And perhaps we can think bigger.

One way forward is for the government to recognize the inherent worth of natural waterways, rejecting the premise that all fresh water must be consumed. Giving legal rights to ecosystems is the goal of the rights of nature movement, which has had some success across the world and even in the U.S. West. The organization Save the Colorado helped the communities of Ridgway, Nederland, and Grand Lake in Colorado pass resolutions recognizing the intrinsic rights of their watersheds. I’m part of an organization, Save Our Great Salt Lake, that’s exploring a similar strategy.

Wherever the future leads, the aridification of the American West will have consequences not just for those living here, but for the entire country.

It’s conceivable that westerners will adapt more readily to a drier climate than the rest of the nation will adapt to the loss of a region that functions as a safety valve. At any rate, we’re approaching the end of an era in which water was taken for granted. Just as human beings physically depend on water, our policies and conversations need to align with the water cycle. 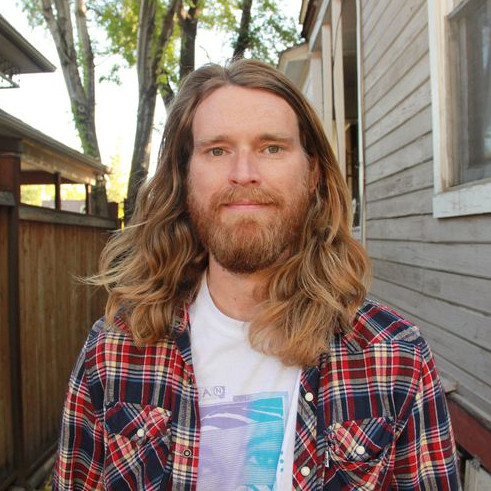 is a founding member of Save Our Great Salt Lake and a historian with a master’s degree from the University of Utah.