In 2013 our colleagues Fiona Maisels and Samantha Strindberg, working with several other conservation partners, documented a devastating decline in forest elephants in Central Africa. Their work revealed that approximately 65% of all remaining African forest elephants (Loxodonta cyclotis) had perished between 2002 and 2013 — in large part to feed the burgeoning global trade in elephant ivory.

Their work resulted in new calls to protect forest elephants, but it also proved an important broader point: Protecting elephants, like protecting all wildlife, depends on having good before and after pictures. That is, we have to develop an accurate population baseline to measure against any changes so that we can assess the impact of conservation efforts and, when needed, adapt our strategies.

But gathering this information for forest elephants — who, despite their size, remain elusive — presents more than a few challenges. Traditionally researchers would survey the species by crisscrossing an area by foot, counting any elephant dung they encounter, and then converting these dung counts to elephant counts. Finally, they’d interpolate that data to estimate the total population.

These line-transect distance sampling surveys take time and rely on interpreting things like dung decay rates. This means they can result in an over- or underestimation of elephant density unless site and time-specific estimates of each are carried out for each survey. That adds to the cost and effort of each monitoring cycle.

A recent comparison of survey methods recognizes these problems, tests a different approach, and has now enabled us to complete the most accurate count yet. The results are promising for this critically endangered species.

What’s different about the new survey method? We used a non-invasive technique in which we collected DNA from elephant dung and used that highly individualized genetic material to accurately identify elements of the population.

We chose Gabon to test this technology due to the relatively high percentage of remaining forest elephants suspected to live there and the high-quality habitat available. The fieldwork was carried out by teams recruited and trained by WCS, with the support of the ecoguards of Gabon’s Agence Nationale des Parcs Nationaux.

To gather the necessary data, the teams walked more than 5,000 miles (8,000 kilometers) over the course of two years and collected close to 5,000 dung samples from 18 sites across Gabon. Genotypic matching revealed the samples came from a total of 1,757 individual elephants. It also revealed information on their sex. A spatially explicit capture-recapture model then allowed us to estimate forest elephant density for each site, which was transformed into an overall forest elephant abundance estimate by multiplying the average density by the total area occupied by the species.

Key to our success was ANPN’s wildlife genetics laboratory in Libreville, which was crucial in optimizing the workflow necessary to determine individual identity — a basic requirement for spatial capture-recapture analysis. The in-country lab also allowed genetic analyses to be carried out locally, reducing sample storage time and ensuring better DNA quality.

The result — the first nationwide DNA-based assessment of a free-ranging large mammal in Africa — revealed that an estimated 95,000 forest elephants live in Gabon, spread across 90% of the country — confirming the nation as the principal stronghold for this critically endangered species.

The results of this study provide a useful national benchmark and update on the status of forest elephants in Gabon that will inform adaptive management and stewardship of one of Africa’s last remaining forest elephant strongholds.

Our new estimates will play an essential role in efforts by local, national and international decision-makers concerned with a range of issues that include the conservation of this species and its habitat, the important ecological role of forest elephants on climate regulation potential of forests, and the role of forest elephants as a useful indicator for healthy, intact and well-governed forests.

Our study suggests several recommendations moving forward. Specifically, the design of future surveys should include more sites to improve accuracy nationwide. Sex ratios, via DNA or direct observation, should be monitored along with density to detect any population decline early.  Law-enforcement efforts should be intensified and broadened to cover areas outside national parks and protect forest elephants against poachers and ivory trafficking, which threaten their survival. Finally, prevention and mitigation measures should be applied to reduce conflict and promote coexistence between rural communities and the elephants.

There’s a broader conservation lesson, as well: The implementation and success of a nationwide study was made possible by the combination of strong political will, the existence of robust scientific expertise and laboratory capacity in the country, and a collaborative decision-making process guided by science. The result was a synchronized, nationwide approach, as opposed to the site-based estimates that preceded them.

Gabon’s political leaders have welcomed our results. President Ali Bongo Ondimba has attributed these population numbers to the hard work of incorruptible staff responsible for the protection of the forests. Lee White — Gabon’s minister of water, forests, the sea and environment, who’s also responsible for its climate-change and land-use plans — highlights that in Africa this is a sign of good natural resource governance, linked to peace and security.

We recommend repeating a national survey every five years through the same partnership model (government representatives, WCS and funders) using the same method to be able to compare the estimates and evaluate trends in the population.

But for now, it’s very exciting to have what we believe to be the most accurate baseline estimate for this magnificent species that remains so endangered in the wild. The application of the new DNA technology and the collaborate process that enabled it are a reminder of the importance of science to the practice of conservation.

Another Reason to Protect Elephants: Frogs Love Their Feet 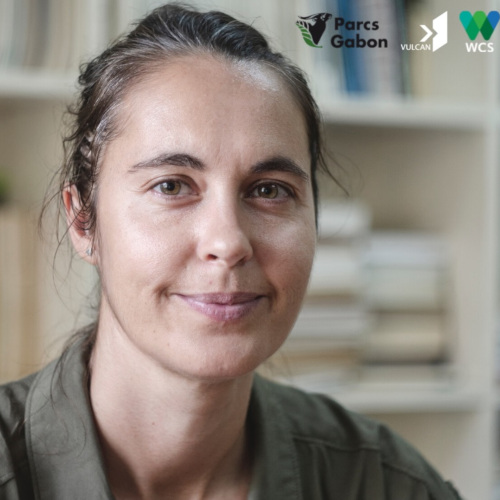 is senior scientist with the Gabon program at WCS (Wildlife Conservation Society). 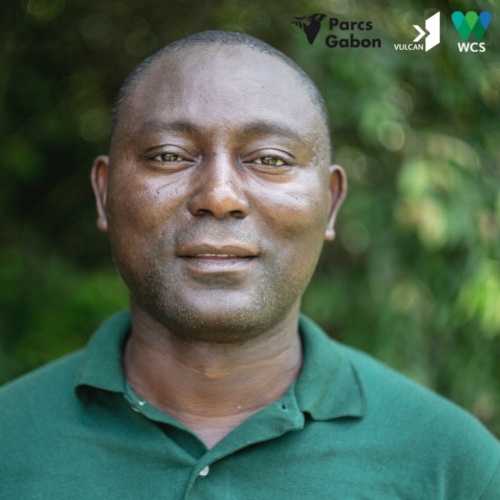 is country director for the WCS Gabon program.