An Extinction Rebellion protest in London in 2019. Photo: Alexander Savin (CC BY 2.0)

When the billionaire-owned media fails to cover the truth about climate change, should the public take a stand?

Considering the gravity of the situation, coverage of the climate crisis across the United Kingdom’s mainstream media is temperamental at best, misleading at worst.

While some of the UK’s major newspapers have increased coverage on the crisis in recent years, few treat it with the urgency it demands. In 2019 The Telegraph was forced to publish corrections after printing an article riddled with factually incorrect assertions by its former editor, Charles Moore.

This, regrettably, is not an exception. A 2019 study published in Nature Communications found that major media outlets in the United States and Europe provide a platform to those skeptical of climate change far more than they do mainstream scientists and climate activists. The researchers found that from 2000 through 2016 those who doubted global warming or attributed rising temperatures to “natural causes” got 50% more coverage than an equal number of top scientists.

It should come as no surprise, then, when the public chooses to fight back against this failure of the mainstream media to act on its duty to inform the public on social and environmental issues with accuracy and hold the powerful to account.

Last month Extinction Rebellion, the global environmental campaign group, made headlines when protesters blockaded three key newspaper-printing sites in England and Scotland and prevented them from distributing national publications owned by media mogul Rupert Murdoch, including The Sun and The Times. Their aim, they explained, was to disrupt the circulation of these newspapers as a result of their failure to report on the scale of the climate crisis and for “polluting national debate” on other social issues.

WE WANT TO LIVE – It’s all we’re asking. Coverage in many of these newspapers is polluting national debate on climate change, immigration policy, the rights and treatment of minority groups, and dozens of other issues. We can’t move forward till this barrier falls. #FreeTheTruth pic.twitter.com/gU0ciXeouA

The protests were condemned as an attack on the UK’s so-called “free press” by many, including Prime Minister Boris Johnson, who wrote on Twitter that “It is completely unacceptable to seek to limit the public’s access to news in this way.”

Yet this glorified notion of press freedom in the UK is flawed to say the least. Six billionaires own the UK’s leading national newspapers, including Murdoch, whose publications have become notorious for espousing climate denialism.

While a few of the UK’s leading newspapers make notable efforts to report on the scale of global warming —The Guardian joined a major media initiative in 2019 to combat the climate crisis — this is heavily outweighed by those that fail to do so. The Times has received backlash from top scientists for its “distorted coverage” of global warming due to its undermining the credibility of climate science. The Telegraph, owned by billionaire British twins the Barclay brothers, has a similarly questionable record when it comes to coverage of the climate crisis. The Daily Mail, owned by Lord Rothermere, is another national newspaper that has become renowned for its climate skepticism, providing a platform to veteran climate change deniers such as Christopher Booker.

What does this say of the press’s apparent impartiality? Who is dictating which stories ought to be prioritized, and what are their interests? These are crucial questions seemingly brushed under the carpet by the very same individuals now hailing the UK’s “free press.”

And these are not theoretical queries: The UK ranks 35th in the world for press freedom, sitting below Ghana, Costa Rica and South Africa, according to the World Press Freedom Index. True press freedom is vital in advancing worldwide environmental protections, according to a 2019 report from Democratic Audit. The authors cautioned that journalists’ obstacles to investigating international environmental conditions leads to a failure to hold corporations and governments to account.

WHY AGAINST @TheSun ❓@thetimes ❓
The Daily Mail❓and
The Daily Telegraph❓👇🏿
👨‍👩‍👧👨‍👩‍👧‍👦we are heading to an #extinction
Steve Tooze, a former newspaper journalist, explains why he took part in Extinction Rebellion’s recent blockade of newspaper print workshttps://t.co/ai2GN6YZgs pic.twitter.com/7fr6m4n4LM

In an ideal world, these murky ethics would have been brought to an end by the 2012 Leveson inquiry, which, following the News International phone-hacking scandal, revealed the level of deceit and misconduct rotting at the core of the UK’s national media. And yet, eight years later, the same billionaires are at the helm of these publications, while the same predominantly white, privately educated men remain in the most senior editorial positions.

This is critical for multiple reasons. The owners of the UK’s mainstream media do not linger quietly in the background. They set its agenda and influence public opinion drastically. During the Leveson inquiry, Harold Evans — former editor of the Sunday Times — made clear quite how extensively Murdoch interfered with the paper’s content. He told the inquiry: “Mr. Murdoch was continually sending for my staff without telling me and telling them what the paper should be.” Other editors of Murdoch-owned publications have attested to this, from David Yelland to Andrew Neil, who himself told the Leveson inquiry: “If you want to know what Rupert Murdoch really thinks read the editorials in the Sun and the New York Post because he is editor-in-chief of these papers.”

Murdoch’s interference inevitably allows for a misrepresentation of the truth as he strives to protect his own vested interests. This becomes increasingly apparent with his publications’ reportage of the climate crisis. Murdoch has known links with the fossil fuel industry. He sits on the board of oil and gas explorer Genie Energy. The persistent climate skepticism littered across his publications is therefore no coincidence.

Even one of the most seemingly progressive of the UK’s national newspapers, The Guardian, was placed under scrutiny by investigative journalist Nafeez Ahmed, who noted that the newspaper is the biggest recipient of HSBC advertising revenue and is owned by The Scott Trust Ltd., a company made up of predominantly financiers. Ahmed described how The Guardian was just one UK media organization that had investigated but subsequently spiked whistleblower Nicholas Wilson’s story on HSBC fraud in 2015, “despite its unprecedented importance and public interest value.”

The political agenda set by those at the top of the UK’s leading national newspapers poses a bigger threat to democracy than any climate activist organization ever could. It is perhaps unsurprising that the media’s billionaire-owners mostly backed the Conservatives in the most recent general election. A recent study carried out by Loughborough University revealed that national newspapers overwhelmingly targeted the Labour Party with negative coverage, while particular publications reserved positive stories almost exclusively for Johnson’s Conservative party.

The media’s role in swaying public opinion is well-documented, and it’s not only about general elections. Right-leaning publications embarked on a vicious Leave campaign in 2016, fueling anti-immigration sentiments that inevitably influenced the EU referendum result. Such influence cannot be understated.

How, then, can those criticizing Extinction Rebellion so disingenuously accuse the protesters of threatening press freedom for temporarily delaying newspaper distribution? This is a question certainly worth directing to the Prime Minister, who threatened to revoke Channel 4’s license in December 2019 when, after Johnson failed to turn up to its leaders’ debate on climate change, Channel 4 replaced him with an ice sculpture during the debate, poignantly symbolizing the urgency of the crisis.

This is only one in a series of concerns regarding press freedom in the UK under Johnson. In February one of Johnson’s aides blocked select journalists from attending a Downing Street briefing. And just a few weeks ago, the Council of Europe issued a media freedom alert in the UK as the government blacklisted a group of investigative journalists, denying them access to information.

This problem is not unique to the UK. Murdoch owns media outlets across the world, including climate-denying Fox News, and his influence in Australia well-documented. The Australian, owned by Murdoch’s News Corp, is renowned for peddling climate change denialism. This past January, at the height of the country’s bushfire crisis, the publication repeatedly skirted reporting on the correlation between drastic weather changes and the climate crisis. While newspapers around the globe dedicated their front pages to the Australian bushfires, The Australian’s front page displayed a picture of a New Year’s Day picnic.

This man owns most of the newspapers that Extinction Rebellion protesters have blocked today.

Protesting the influence of anti-scientific views on climate change like this in our media, at a time when there is a climate emergency, is completely valid and justified. pic.twitter.com/LKDdLYoqlK

Meanwhile, charges of “fake news” — first in the United States and now around the world — encourage a dangerous crackdown on freedom of expression. If journalists are punished for criticizing leaders, what hope do we have of holding the powerful to account for their actions?

In that context, the free expression of Extinction Rebellion’s protests ought to be celebrated. They demand an end to the press toeing the line to appease those they should be scrutinizing.

It’s ironic that only when an activist group protests the UK media’s failure to report accurately and impartially do leading politicians and public figures become bastions of press freedom. Extinction Rebellion poses no threat to democracy. Pandering to billionaires and corporate interests does. 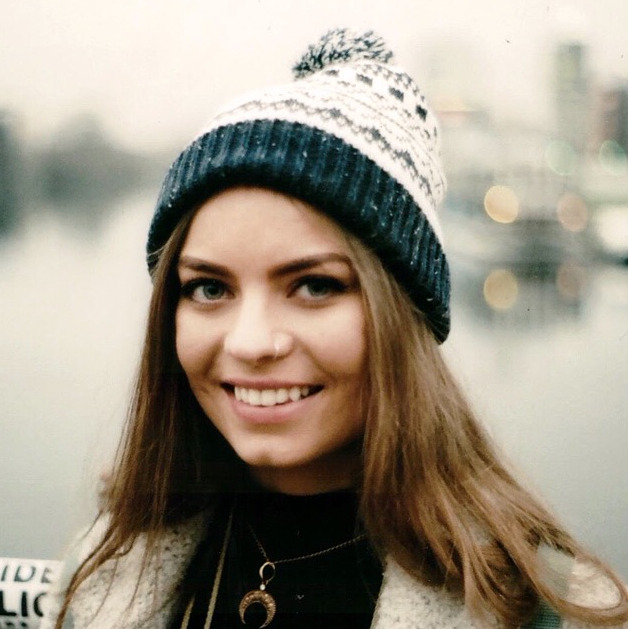 is a political correspondent for the Immigration Advice Service.
https://iasservices.org.uk/%20