March brings new books by E.O. Wilson and Frans de Waal, as well as important reads about wolves and primates.

There’s nothing disposable about the ideas presented in this month’s new environmental books.

The authors on March’s list have pulled out all the stops, with several books about garbage and pollution, the perils of climate change, and the threats facing wildlife and endangered species. We even have a couple of novels that address environmental issues in thought-provoking ways.

Check out the list below, where you’ll find our picks for the 15 best eco-books of March 2019. Links are to publishers’ or authors’ websites, and you can also find any of these titles at your favorite bookseller or library.

Throwaway Nation: The Ugly Truth About American Garbage by Jeff Dondero — The world is awash in waste, and we really need to get off the runaway train of disposability. This book digs deep into the garbage pits of human society to reveal the enormity of the problem — and what we can do to fix it. 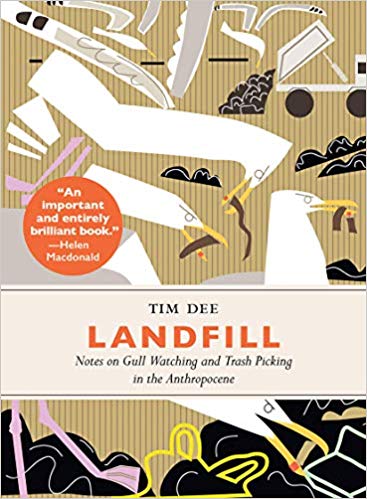 Landfill: Notes on Gull Watching and Trash Picking in the Anthropocene by Tim Dee — You don’t need to go all the way to Midway Atoll to find birds with stomachs full of trash. The same thing happens in cities around the world. Gulls make the most of the ready smörgåsbords we’ve laid out for them in our landfills, and in some surprising ways they’ve actually thrived as a result. This book looks at the unlikely and unappealing results of this trashy symbiotic relationship.

Clearing the Air: The Beginning and the End of Air Pollution by Tim Smedley — The author, a sustainability journalist, trekked around the globe to some of the world’s most polluted cities to find out how dirty air is killing people and what we can do about it. (Available in ebook format only, for now, with a print edition following in September.)

Garbage: Follow the Path of Your Trash by Donna Latham, illustrated by Tom Casteel — After learning about trash from the previous three books, here’s one to help teach the next generation what they can do about the problem, complete with hands-on science activities for kids ages 9 to 12. (This is an updated version of Latham’s award-winning earlier book, Garbage: Investigate What Happens When You Throw It Out.)

Return of the Wolf by Paula Wild — Can wolves and human coexist? As Wild recounts, our two species have lived together for centuries, and in many ways our fates are intertwined. This book — a thematic sequel to the author’s earlier volume on cougars — examines the history of wolves, their ecological roles and their relationships with other carnivores (including humans and dogs) to illustrate how we can keep both people and wolves on the landscape as our territories increasingly overlap.

Genesis: The Deep Origin of Societies by Edward O. Wilson — The famed biologist’s latest book — following up on his classic Half Earth — examines what it means to be human by examining the evolutionary history of other species like naked mole rats and anchovies. 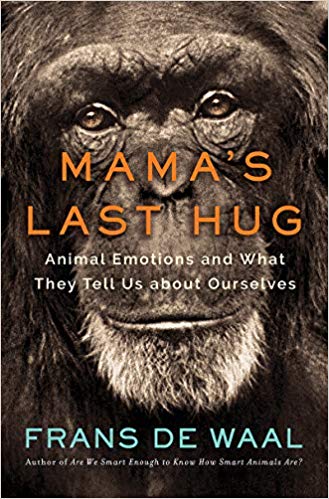 Mama’s Last Hug: Animal Emotions and What They Tell Us About Ourselves by Frans de Waal — Advance warning: You just may get a bit teary reading these stories about the emotional lives of animals, including a dying chimpanzee matriarch whose photo graces the cover.

Primate Research and Conservation in the Anthropocene edited by Alison M. Behie, Julie A. Teichroeb and Nicholas Malone — Speaking of chimpanzees, primates are probably one of the most at-risk groups of species on the planet. This new book provides new research results about the threats primates face (including habitat loss, hunting and climate change) but it’s not all dry academia. The authors of each chapter also discuss what motivates their conservation efforts and what strategies are helping.

Overrun: Dispatches From the Asian Carp Crisis by Andrew Reeves — The author, an environmental journalist, has been covering the story of invasive Asian carp for years. He now delivers a book-length examination of the problem and how humans have been forced to react to these troublesome new residents of North America’s waterways.

Drowned Under by Wendall Thomas — A mystery novel about (among other things) an attempt to steal the world’s last Tasmanian tiger. Agatha Christie never tackled a crime like that! 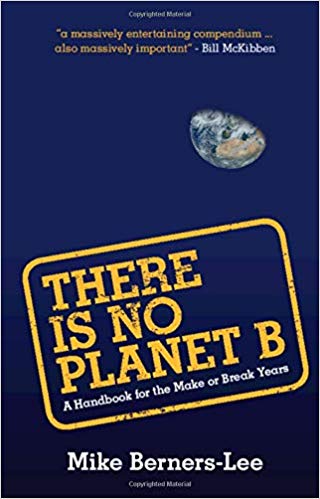 There Is No Planet B: A Handbook for the Make or Break Years by Mike Berners-Lee — One of the world’s leading experts on carbon emissions addresses some tough questions in his new book and shows us how we can move forward in a practical, effective way. It’s a book full of hard facts, important analysis, tough choices, positive inspiration and a surprising amount of humor.

Green Buddhism: Practice and Compassionate Action in Uncertain Times by Stephanie Kaza — A collection of essays by the well-known Buddhist ecologist, who offers guidance on compassion and sustainable living to help us in an age of extinction and climate change.

Spaceship in the Desert: Energy, Climate Change and Urban Design in Abu Dhabi by Gökçe Günel — As we look to the future of sustainable cities, we can learn a lot from the first attempt to create a zero-carbon metropolis. Masdar City in Abu Dhabi hasn’t quite become the utopian example that it was intended to be when it was founded in 2006. That’s because, Günel writes, its designers embraced capitalism rather than question how the system caused the very problems they were trying to solve. Examining the recent history of this ongoing project may help us to set a clearer path forward.

The Wall by John Lanchester — A science-fiction novel about an island nation that has to wall itself off from rising seas and other threats caused by “the Change,” including the political divides that tear us apart and cause us to build walls in the first place. 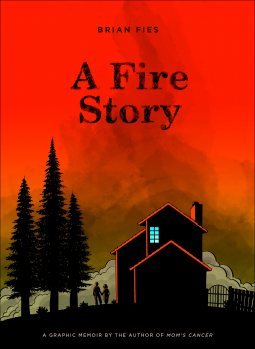 A Fire Story by Brian Fies — A harrowing memoir, in graphic-novel format, about the wildfire that raged through Northern California in 2017 and destroyed 6,200 homes — including that of the author and his family. If you want to learn more about how climate change is affecting people now, this is a good place to start.

Last but not least, check out Guernica magazine’s special “Climate Fiction” issue for a few extra short stories which will roll out through the month of March.