A vigil to honor environmental activist Berta Cáceres, murdered in March 2016 in Honduras. (Photo by CIDH, CC BY 2.0)

A new report from Global Witness found that three environmental defenders were murdered every week in 2018 and many more were criminalized for working to protect the land, water and other vital resources.

One year ago, on July 31, 2018, just after leaving home in the Ukrainian city of Kherson, Deputy Mayor Kateryna Gandziuk felt a splash of liquid across her head and face. An assailant had thrown a full liter of sulfuric acid on her, leaving her near death with burns across half her body. In the months leading up to the attack, she had accused several local politicians of illegal logging in the nearby Oleshky forest. She spent several painful months in the hospital, finally dying of her wounds on Nov. 4. After protests and international pressure, several suspects were arrested, but Gandziuk’s family and supporters allege a cover-up to protect the organizers of the assault that rises to the highest levels of the Ukrainian political elite.

Kateryna Gandziuk’s brutal attack is just one of 164 murders of environmentalists and land and water defenders that occurred in 2018, cataloged in a new report titled “Enemies of the State? How governments and business silence land and environmental defenders.” Published by Global Witness, an international nonprofit organization that works to protect human rights and the environment by confronting corruption, the report notes that “the real figure is likely to be much higher, because cases are often not recorded and very rarely investigated.”

The report is global in scale. Among the most dangerous places for land defenders in 2018 were the Philippines, Guatemala and Brazil. The pace of violence in Brazil has only accelerated since the right-wing, climate change-denying extremist Jair Bolsonaro assumed the presidency last January.

“Jair Bolsonaro was elected promising an anti-environmental campaign. Now he’s delivering, unfortunately,” Carlos Rittl, executive secretary of Climate Observatory, a network of Brazilian civil society organizations, said on the “Democracy Now!” news hour. “The department responsible for combating deforestation, the Ministry of the Environment, was shut down.” Since Bolsonaro took office, the rate of destruction of the Amazon rainforest has increased by almost 40 percent. Known as “the lungs of the planet,” the rainforest plays a vital role in regulating the world’s climate. In May, eight former Brazilian environment ministers warned, “We’re facing the risk of runaway deforestation in the Amazon.” As one put it, Brazil is becoming an “exterminator of the future.”

In late July, Emyra Wajapi, a leader of the indigenous Wajapi tribe in the Amazon, was murdered by a group of 10-15 armed men who were part of an illegal mining operation. The United Nations high commissioner for human rights, Michelle Bachelet, the former president of Chile, called his murder “tragic and reprehensible in its own right. It is also a disturbing symptom of the growing problem of encroachment on indigenous land — especially forests — by miners, loggers and farmers in Brazil.”

Another country where Global Witness reports numerous murders of activists is Colombia. A 50-year civil war between the Colombian government and the leftist FARC rebel army was settled in 2016 with a historic peace agreement. However, since the FARC laid down arms and its members rejoined Colombian civil society, over 500 social and community leaders have been assassinated. Many blame the right-wing administration of President Ivan Duque for failing to implement key provisions of the peace agreement.

“People are being killed because they are demanding their basic rights, in particular, the rights to access to land and to be free in their territories,” Luis Gilberto Murillo, the former governor of the predominantly Afro-Colombian state of Choco and former minister of environment and sustainable development, said on “Democracy Now!” “The way to avoid these killings is the full implementation of the peace process. There is a national commission to guarantee the protection of social leaders in the country [which] has not been convened regularly by the current government.”

A shocking video surfaced recently, showing the aftermath of the murder of renowned community activist Maria del Pilar Hurtado in Colombia, with her young son wailing next to her corpse. That video prompted a day of protest, with thousands gathering in Bogota, Colombia’s capital city, and at solidarity rallies around the world. Murillo was among those who protested in front of the Washington, D.C., residence of the Colombian ambassador to the United States.

Front-line land and water defenders are doing all they can, risking their freedom, their very lives, to save the planet. It is the least we can do in the United States, the most powerful country on Earth, to demand a world where people engaging in this vital, lifesaving work can do so free from persecution, harm or even death. This epic struggle to avoid climate catastrophe must heat up faster than the planet itself. 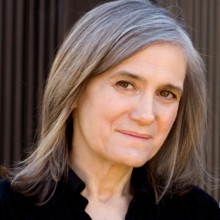 is the host and executive producer of Democracy Now!, a national, daily, independent, award-winning news program airing on over 1,400 public television and radio stations worldwide.
http://twitter.com/@democracynow 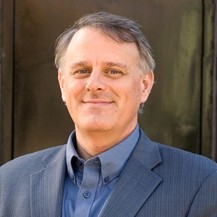 has worked with Democracy Now! since 2000. He is a bestselling author and a syndicated columnist with King Features. He lives in Colorado, where he founded community radio station KFFR 88.3 FM in the town of Winter Park.