Oceanic plastic poses an increasing threat for these top predators.

Northern elephant seals (Mirounga angustirostris) spend most of their lives 1,000 feet and deeper below the surface of the Pacific Ocean, foraging for food in the cold dark — but even that’s not far enough down to escape the impact that humans have on the oceans.

In one well-known case in November 2011, an imperiled young elephant seal dragged himself out of the surf and flopped on the beach at Central California’s Piedras Blancas beach, about three hours’ drive south of Monterey. A green plastic packing strip dug into the flesh around his neck, slowly strangling him.

He was lucky. A group of tourists observed his plight from the scenic overlook on Highway 1 and reported him to rescuers at the Marine Mammal Center San Luis Obispo Operations Center, 35 miles south. Elephant seal encounters are restricted by the Marine Mammals Protection Act, so the National Oceanic and Atmospheric Administration had to sign off on rescue efforts. Once that was done, a team came to the beach to sedate him, cut the plastic strap off, treat his wound and set him free.

After he returned to his ocean home, he was identified in rescue-center records as “Green Tie,” for obvious reasons. I was delighted when he showed up in 2013, easily identified by his distinctive scar. I’ve spent one morning a week on the bluff as a docent, watching the seals and talking to visitors, since 2007. That day I took this picture of him from that vantage point.

He’d become a regular to the rescue team by then. They’d responded to another call reporting him entangled in 2012, but it turned out it was only the scar from the 2011 entanglement — so deep observers thought he was still wrapped in plastic. They couldn’t see the orange tag on his left rear flipper that indicated he’d previously been treated. After he was sedated, the veterinarian found that the scar, so deep that skin folded over on itself, was irritated — a simple skin dermatitis, rather than a plastic noose.

Since then, Green Tie comes back to the beach at least once a year. Now an adult, he’s become a successful alpha male beachmaster, reigning over a harem of 30 or so females and defending breeding rights against less dominant males.

Compared to the well-studied site at Ano Nuevo, the elephant seal colony at Piedras Blancas isn’t well documented — yet.  Dr. Heather Liwanag, professor of marine science at nearby California Polytechnic University, is organizing her students to start tagging seals to collect baseline data.

“So many things about these seals are unanswered,” Dr. Liwanag says. Identifying individual seals of known age allows her and her students to follow behavior, such as when (or if) a female pups and how long she stays on the beach. “If it’s a tagged animal, we can follow its progress. Establishing a baseline of known-age animals will help us understand the age structure of population, when they come to sexual maturity, and develop hypotheses about them.”

Green Tie’s unique double scar makes him easy to spot. Otherwise, it’s tricky to tell one seal from another. They’re migratory, so the population on the beach is constantly changing, with seals coming and going. The small colored plastic ID tags currently attached to their back flippers are difficult for observers to read. The tags are only an inch and a half long, and the tiny numbers are often rubbed down by contact with sand, even if you get close enough to read them.

Liwanag is reviving a technique that’s been used before: dyeing identifying numbers eight inches tall on each seal’s fur that can be read from a distance. She and her students will use Clairol’s Nice ’n Easy hair color on a wooden template to stamp the seals from broom-handle-length. They’ll mark adult females as well as young seals that already have flipper tags. Dyed numbers will need at least annual replacement as the seals molt.

“We will mark any adult that has a flipper tag, so we can keep track of animals that are already tagged,” she says. “In future years, when we have a lot of tagged animals, both tagged moms and tagged pups, we’ll be able to get a feel for everybody. We intend to mark a good chunk of the population.”

The data will provide insight into how the Piedras Blanca population compares with the population at Ano Nuevo in behavior and physiology. Are the seals at Ano Nuevo, where guides lead visitors onto the beach among the seals, more acclimated to the presence of humans than seals at Piedras Blancas, where the public must stay on the bluffs above the beach? Does it influence their reproductive success or their weight?

The larger ID numbers make it easier for visitors, docents and other citizen scientists to report sightings. Liwanag and her students will be able to track individual seals and establish facts about their lives, such as when they pupped and where, and when they move from one rookery to another. Having factual data will help relate the seals’ body condition and movements to climatic conditions, population changes and other events.

Liwanag works closely with Marine Mammal Center. Her research permit allows her to be on the beach more often than the center’s restricted permit for rescue. When Liwanag and her students encounter entangled seals, the rescue team can join them on the beach instead of having to wait for permission. If they wait too long, an injured seal may leave the beach or move to another location.

The plastic problem is likely to get worse as more garbage is dumped into the ocean.

The National Center for Ecological Analysis and Synthesis reported that between 4.8 million and 12.7 million metric tons of plastic waste entered the oceans in 2010, a figure that could increase by an order of magnitude by 2025.

The NOAA Marine Debris Program’s Marine Debris Monitoring and Assessment Project invites citizen scientists to report the amount and type of marine debris they find on their beaches. Similarly, California’s Coastal Cleanup Day, held annually in September since 1985, collects millions of pieces of plastic trash. It helps, but it’s not keeping up with the volume being discarded. California has banned single-use plastic bags, but plastic water bottles, cups, plates and utensils, straws, foam takeout containers and construction material continue to pour into the oceans. A gray whale with its head stuck in a crab trap was monitored as it swam north along the California coast earlier this year.

The increasing threats make the work Liwanag and her students, the Marine Mammal Center’s volunteers and staff, and other watchdog groups are doing more urgent. Making identification more visible will help protect these top predators and their role in the ecosystem.

“I hope to increase the conversation,” Liwanag says. “Part of the study will be to increase awareness that we are researching the seals. It’s important that we do what we do. Part of the process is how to communicate properly.” It’s not an easy job, but the Nice ’n Easy will make it a little bit less difficult. 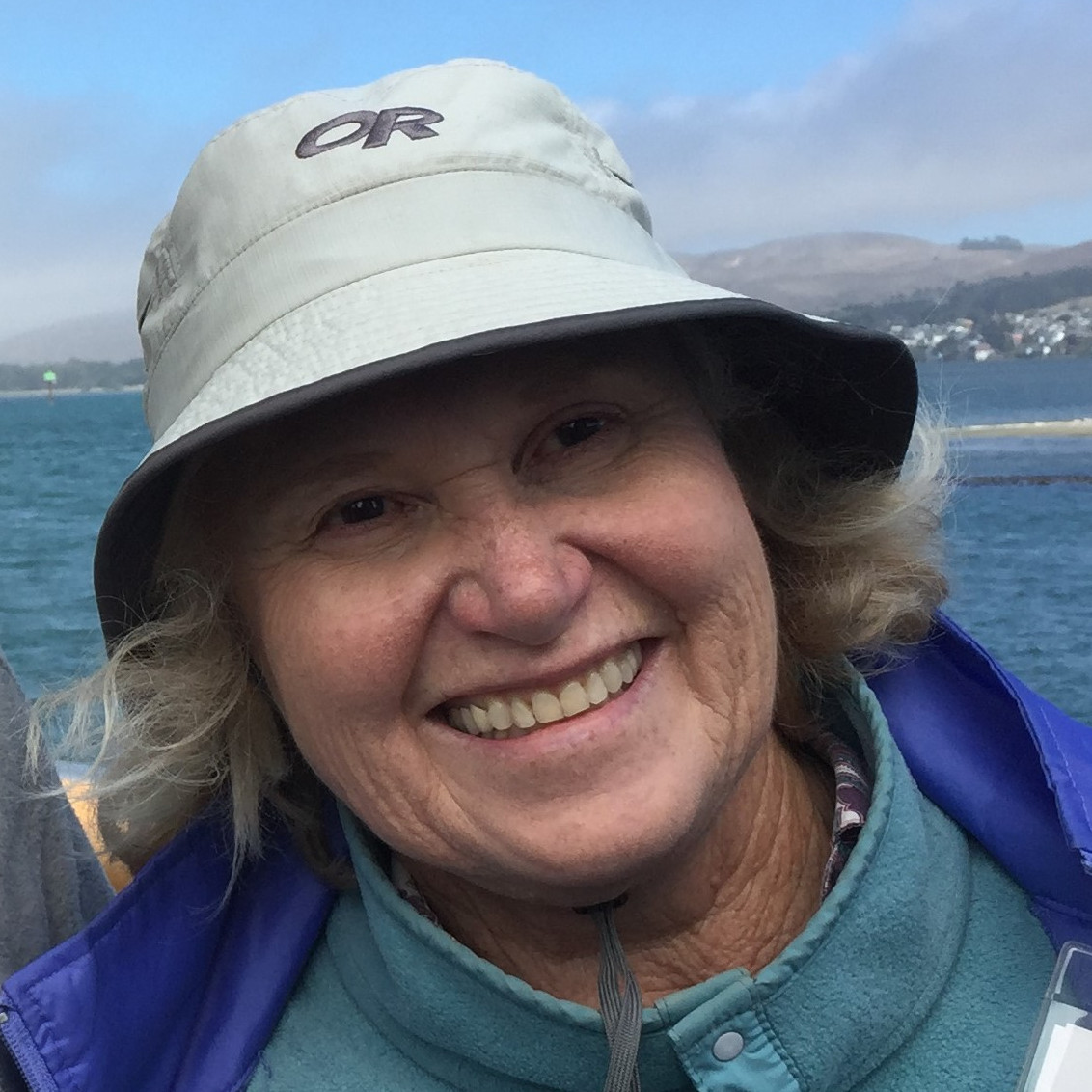 is a journalist and Certified California Naturalist. She's been watching the elephant seals for ten years as a docent at Piedras Blancas.