My first day in the desert went by in a blur. Even though I have a background in zoology, I had never been on a paleontological field expedition before and I hadn’t been camping since I was a Girl Scout. Still, I pitched my tent so that the door opened in what I hoped was a scenic direction and got to work.

The next morning showed my reward: The summer air was so clear I could see for miles, all the way to the pair of distinctive mesas that gave Bears Ears National Monument its name. There was even a rainbow in the sky, making the scene so beautiful that I wondered if I might still be asleep.

Little did I know it then, but the place I had just fallen in love with would be under attack before the year was out.

As national monuments go, Bears Ears and Grand Staircase-Escalante are quite new. Yet they house treasures that are almost unimaginably ancient. Traces of the first vertebrates to walk on land are recorded here. Pack rat middens contain information about what plants bloomed during the last ice age. Several sites contain unusual fossils from the Triassic, when dinosaurs first made their appearance.

Other outcroppings tell of time spent under water, showing that much of Utah was once covered with a shallow sea. Because the topography in this area is so varied, all of these scientifically important discoveries are geographically close together, despite their chronological distance. And, until just a few months ago, they were protected from destruction thanks to their inclusion within the boundaries of two of our most picturesque and wild monuments.

It wasn’t just good fortune or coincidence that placed these fossils within Bears Ears and Grand Staircase.

Breathtaking paleontological finds, entwined with a need to preserve unique modern ecosystems as well as important cultural resources, motivated the creation of both monuments. Grand Staircase has been protected since 1996, so more fossil collection has been done there, but the newer Bears Ears might end up eclipsing it in terms of unprecedented discoveries.

Or at least it could, if Trump’s aberrant slashing of Bears Ears’ outlines is found to be illegal. It’s this last fact that has gotten one group of paleontologists, the Society for Vertebrate Paleontology, alarmed enough to sue the government. The society is the first scientific professional organization to file such a lawsuit against this administration.

It might seem that paleontology would be one of the few pursuits actually aided by mining and drilling. After all, fossils are found in the ground, and we’ve all heard stories of large bone deposits being uncovered during the construction of subways and skyscrapers. But such destructive practices more typically destroy fossils as quickly as they destroy the habitats above them.

The reality of a dig, at least one done by a university or other public institution, is much different. Much of the labor is done by hand, as fragile bone fragments are carefully removed and packaged for transport. Common tools include rock hammers and chisels, a far cry from the gigantic earthmovers necessary for mining.

Furthermore, rules put in place to preserve the land are followed to the letter. They have to be, or permits to collect are revoked.

I learned this first-hand. During my weeks in the field, the paleontologists leading the expedition repeatedly warned us not to “bust the crust,” a reference to the paper-thin desert “glue” that covers much of the ground in the desert southwest.

This unprepossessing knobby black varnish is actually Cryptobiotic soil, a biologically active film that takes decades to form yet has big effects on everything from storing spring runoff to allowing plants to fix nitrogen in sandy ground. This in turn supports a healthy habitat for herbivores and predators, like the large rattlesnake I encountered one afternoon sporting a suspiciously mouse-sized lump in its midsection.

The soil is so fragile that some dig sites require that even theropod bones, which can weigh hundreds of pounds, be carried out on foot, since wheeled vehicles of any kind cause too much damage to the landscape.

If something as small as a single wheelbarrow can do years of damage to the desert, imagine how destructive uranium mining will be.

Given these facts, there’s little question that shrinking Bears Ears and Grand Staircase-Escalante is bad for paleontology, and by extension the current life that occupies these areas.

Even though the Paleontological Resources Preservation Act of 2009 still theoretically grants protections for any vertebrate fossils discovered on public land, it only gives priority to digs within monuments. On ordinary land controlled by the Bureau of Land Management, paleontological pursuits are just one use competing against many others.

Indeed, the Bureau has already sold all 43 plots made available on March 20, handing control of more than 51,000 acres of Utah’s desert to oil and gas companies. Many of these drilling plots snuggle close to the former outline of Bears Ears, heightening concerns that drilling could soon occur on what was, until recently, protected land.

If that happens, we will lose not only the wilderness above ground, but also what could be one of the richest troves of Triassic fossils in the world. Recent discoveries from the area include strange 200 million-year-old crocodile-like phytosaur skull fragments with the potential to teach researchers a lot about the period just before mammals diverged from reptiles.

But only, of course, if the site isn’t destroyed first.

That’s why the Society of Vertebrate Paleontology has decided to take legal action to block the cuts. The paleontologists are partnering with other organizations, including a coalition of Native American groups, and have gained the pro bono support of two top-tier environmental law firms. The society’s membership has come together too, providing maps of important finds and other evidence to support their case.

If there’s one thing scientists are good at, it’s gathering facts. Usually the stakes aren’t quite so high, but that only seems to have made my colleagues more determined. With a little luck and a lot of hard work the dinosaurs might just win this battle despite having died out more than 65 million years ago.

And that would be very good news for all of the living things now roaming our imperiled wild lands, including bighorn sheep, California condors, desert cottontail rabbits — and yes, even for camping paleontological enthusiasts who revel in the silence and beauty of a desert morning. 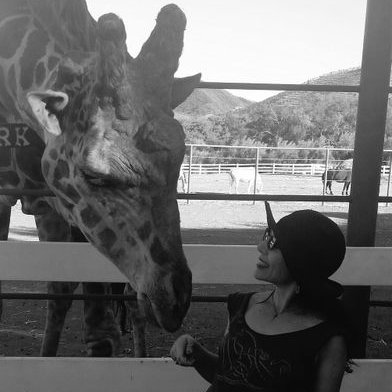 is a writer with a background in zoology and paleontology. Her books and graphic novels include Invisible Republic, Green Lantern: Earth One, and the forthcoming Smithsonian Dig It: Dinosaurs & Other Prehistoric Creatures. She has worked in behavioral research studying how to enrich the lives of zoo animals and as a wildlife vet tech. She is a member of the Society of Vertebrate Paleontology and spends her free time as a volunteer fossil preparator at the Natural History Museum of Los Angeles.
http://twitter.com/CorinnaBechko https://www.corinnabechko.com/