Digital audio recordings of species we’ve lost let us hear what the world used to sound like and could inspire efforts to protect what’s left.

When people think of extinct animals, they may picture taxidermy, skeletons, 19th-century illustrations or perhaps grainy black-and-white photographs. Until very recently, these were our only ways to encounter lost beings.

However, technological advances are making it possible to encounter extinct species in new ways. With a few clicks, we can listen to their voices.

In September 2021, the U.S. Fish & Wildlife Service recommended removing 23 apparently extinct species from the endangered species list. This group included 11 species of birds, as well as various aquatic creatures, a fruit bat and a Hawaiian plant.

Of the birds listed as likely extinct, six were recorded while they were still present: the Bachman’s warbler, ivory-billed woodpecker and four native Hawaiian and Pacific Island species: the bridled white-eye, Kauaʻi ʻōʻō, large Kauaʻi thrush (kāmaʻo), and poʻouli. Technology capable of recording bird sounds was developed only about a century ago, so these are some of the first now-extinct species whose songs have been preserved.

These recordings are available on the Cornell Laboratory of Ornithology’s Macaulay Library website, a giant multimedia wildlife archive that holds more than 1 million audio recordings. It includes the sounds of 89% of all bird species on Earth as of 2020, along with photos and videos. The site includes modern sound recordings uploaded by hobbyists, professional sound recorders and scientists, as well as digitized historical recordings captured as long ago as 1929.

Scientists use these recordings to study questions such as how bird song evolved and how animals behave. The recordings are also accessible to the public. Macaulay Library director Mike Webster told me that he thinks of the recordings as time capsules: They let us hear what the world used to sound like and preserve our current sounds for the future.

In his view, all of the library’s recordings are precious. But sounds made by lost species are akin to priceless artworks, like a Rembrandt or a Van Gogh – the very definition of irreplaceable.

Sadly, this new genre of extinct animal sounds is expected to grow. Birds have been hard hit by the current ecological crisis: In Canada and the U.S. alone, threats including habitat loss, toxic pesticides and free-ranging domestic cats have reduced bird populations by nearly 3 billion since 1970.

Rachel Carson’s 1962 book “Silent Spring” inspired a generation of American environmentalists by asserting that if humans continued the destructive behaviors Carson described, such as widespread use of pesticides, the nation could face a spring without birdsong. Sound recordings of extinct birds add a twist to this prediction by letting us hear what’s been lost.

To see the value of these recordings, let’s listen to two species: the ivory-billed woodpecker and the Kauaʻi ʻōʻō.

The ivory-billed woodpecker, or ivorybill for short, is an iconic woodpecker species known as the “Lord God Bird” or “Holy Grail Bird” because of its striking appearance and extreme rarity. It was present in the southeastern U.S., with a subspecies in Cuba, but has dipped in and out of presumed extinction since the 1800s. The main causes of its decline are thought to be rapid large-scale deforestation after the Civil War and widespread culling by museum collectors.

This species is the most controversial on the U.S. Fish & Wildlife Service list. Some people believe that ivorybills still exist in southeast U.S. forests. The last universally accepted sighting was in 1944, but many others have since been reported, including some by scientists from the Cornell Laboratory of Ornithology in the 2000s.

For those still searching for the ivorybill, the 1935 recording is an important tool, especially since it’s freely available online. People train their ears on the recording before their searches, and some even use it for “playback” – a technique where the recording is played in potential habitats in the hope that surviving ivorybills will respond. Scientists have also compared contemporary sound recordings they think might be ivorybills with the 1935 recording to suggest that the species is not extinct yet.

The Kauaʻi ʻōʻō (pronounced ‘kuh-wai-ee oh-oh’) is a small, dark-colored bird endemic to the Hawaiian island of Kauaʻi and known for its intricate, flutelike “oh-oh” song. It is one of 11 Hawaiian and Pacific Island species on the U.S. Fish & Wildlife Service list.

Hawaii has been particularly devastated by environmental loss because of European and American colonizers who tore up delicate island habitats to plant sugar cane and other cash crops. Introduced predators, malaria-carrying mosquitoes and Hurricane Iniki in 1992 also contributed to the birds’ demise.

Ornithologist Jim Jacobi made a famous recording in 1986 of an individual male Kauaʻi ʻōʻō singing one-half of a duet – with no response. We have no way of knowing if this was the very last bird, but it’s hard not to listen as if it were.

A remix of a Kauaʻi ʻōʻō song was uploaded to YouTube by Robert Davis in 2009, with an added echo and what he described as “the shrill sounds of commercial exploitation.” This remix, which juxtaposes the bird’s haunting calls with the cause of their decline, has been viewed over 1.5 million times.

In my Ph.D. research about historical bird sound recordings, people frequently bring up their emotional connection to this species’ song. One scientist told me he finds it difficult to listen to the recording without crying. Another plays it in lectures to bring home the emotional dimensions of bird loss to students. 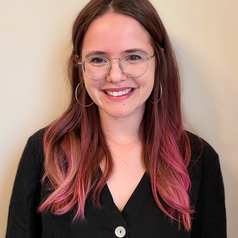 is a PhD candidate in the department of Geography and Planning at Queen's University.
http://twitter.com/hannahfhunter