The pandemic has revealed the truth about Thailand’s unsustainable and exploitative elephant tourism sector — and a chance to rethink the relationship between humans and elephants.

In Buddhism the Asian elephant has been a symbol of wisdom and strength since ancient times. Even today, many countries regard this magnificent animal as part of their cultural heritage — like Thailand, where elephants are the national animal.

It’s easy to see why these animals remain so revered. Elephants are gardeners and landscape architects of their natural environment. They spread plant seeds and fertilizer, open underground water sources, and change the forest canopy by pushing over trees and digging up roots, thereby creating vital food sources and micro-habitats for other species.

Yet despite their cultural and ecological values, fewer than 50,000 elephants live wild throughout Asia today. The rest — up to 15,000 — spend their lives confined in captivity.

That dichotomy is at its strongest in Thailand, where less than half of elephants live free. About 3,500 elephants roam the countryside, while nearly 3,800 elephants go to “work” every day, according to a 2019 report from the Department of National Parks, Wildlife and Plant Conservation.

The captive elephants, which can most be found in tourist destinations called elephant camps, carry visitors on their backs, play soccer for spectators, and serve as cash cows for camp owners who depend heavily on tourist dollars to take care of their families and the elephants.

Much of that is currently on hold. When the COVID-19 pandemic arrived, the world as we knew it shut down, including Thailand’s tourism sector. Today most of the captive elephants are out of work. Suddenly these revenue sources have become great financial burdens, with each one requiring up to 330 pounds of food daily. That can cost up to $40 a day per animal — three times the country’s minimum income.

Many in the community have expressed fears these difficult times will result in some elephants being sent to beg for food on city streets or put to labor hauling timber — a practice that was banned in 1989 but continues, illegally, on the border with Myanmar.

That’s why now, more than ever, change is necessary. We need to find the means to reconcile human and elephant interests in a way that benefits both.

Even before this crisis, many experts have expressed the need to rescue, rehabilitate and rewild Thailand’s elephants.

Our own research, published recently in the journal Animal Sentience, argues that the pandemic provides an opportunity to plan for a transformational strategy in elephant tourism. We also suggest that this can be accomplished in a way that would benefit both elephants and human communities. This is a long-term solution, and additional short-term resources are needed to help elephants and owners who are suffering today. But with so much stalled, now is the time to start thinking about and planning for the future.

Our research team combines more than 85 years of experience in elephant conservation. We take a scientific approach toward establishing a just and sustainable world where humans and elephants live together in harmony, in a mutually beneficial way, and without chains, enclosures or exploitation. In other words, we seek a world in which elephants live as they are meant to in the wild; people benefit financially, socially and spiritually from their presence; and nature benefits from elephants fulfilling their role as environmental engineers and keystone species.

In order to ensure that elephants, people and nature benefit equally from this transformative strategy, we’ve explored innovative methods and opportunities — in part theoretical, in part already tested.

We believe the most promising approach involves creating so-called “corridors” by connecting existing fragmented natural areas through reforestation and trophic rewilding (rewilding as a strategy to restore ecological resilience), combined with a form of environmentally sustainable nature-based, cruelty-free tourism run by local communities. This will allow elephants space to live while bringing benefits through tourism, and associated micro-enterprises, to people in low-income areas.

There’s space to accomplish this. Thailand has 272 largely unfenced protected areas that cover approximately 20% of the country’s landmass. Currently elephants inhabit only 69 of these protected areas, often in populations much smaller than the viable minimum of breeding individuals. Moreover only 45% of the total available wildland, consisting of large undeveloped areas, has been formally declared protected, leaving a large amount of land in Thailand that could become elephant habitat.

This would have many benefits for the country. Elephants are trailblazers. Rewilding them so they can roam across potential corridor areas, and tracking their movements through the landscape, can show us which habitats currently function best and which patches of land offer the most natural migration paths between them. This will, in turn, allow us to identify where to reconnect fragmented patches of forest to create a viable, extended habitat — for the benefit of all of Thailand’s wildlife.

Of course, this novel enterprise will encounter novel challenges.

First, how do we convince elephant owners to release elephants?

It actually makes sense economically. The local mahouts and surrounding communities stand to benefit greatly from increased local and international tourism — post-pandemic, of course — if elephants live in additional locations beyond the restricted camps. Tourists who visit reserves with rewilded elephants would not only enjoy spending meaningful time observing elephants in their natural habitats, they could also immerse themselves in Thai culture, enjoy local cuisine, and participate in home-stay visits and craft-making workshops.

In addition, many spin-off businesses could provide financial benefit in new, empowering ways, such as producing elephant dung paper, elephant ambassador programs, beekeeping and deriving unique products from the alternative crops not favored by elephants. Meanwhile, every enterprise associated with the tourism value chain itself would benefit, including hotels, taxis, restaurants and more.

This long-term, meaningful engagement offers benefits to local communities as well as mahouts that would be in keeping with the United Nations’ Sustainable Development Goals, thereby also obtaining international recognition for Thailand’s efforts.

The second question: Is it possible to just go ahead and release captive elephants?

Science has already demonstrated that rewilding captive elephants is possible and that it has positive outcomes. Studies in Africa showed that rewilding entire social groups, including calves, into suitable habitat helped to create and maintain stable social networks and reduce stress. Although Asian elephants differ from their African counterparts in physical appearance as well as behavior, rewilding studies in Thailand have shown similar results. A study in 2015 followed the reintroduction of elephants into forested areas and showed that the presence of calves, or adults with calves, helped unrelated elephants to bond and form new herds. Preliminary findings of a study in 2020 revealed that rewilded elephants quickly learned how to navigate forested areas, forage on wild plant species and form natural social groups. The lessons learned from these previously successful initiatives show us that captive elephants can be released and no longer live under direct human control if we do it in a carefully planned manner.

The research also reminds us that elephants are social creatures and lone individuals should not just be randomly let loose to fend for themselves. An inventory of currently captive elephants could aid in identifying herds of healthy individuals that can be released together and in exploring the willingness of elephant owners to participate in rewilding projects.

Finally, is there a risk of increasing human-elephant conflicts?

Conflict is always possible when people live near large animals, but there are proven ways to minimize risk. In alignment with the Sustainable Development Goals, local people living near rewilded elephants should be engaged in conservation projects like forest restoration. Workshops can be facilitated to assist in the transition of alternative crops or to set up beehive fences to reduce the chances of damage by elephants. Although there will be some adaptation required from the various stakeholders, we believe that the benefits far surpass the negative impact these elephants may initially have on, for example, certain agricultural activities.

By using these techniques, individual rewilded elephants will be healthier, the survival rate of the Asian elephant as a species will be higher, and nature in these areas will be restored, enhancing resilience and channeling financial benefits to local people and the wider population.

Planning During the Pandemic

Although many challenges remain, rewilding captive elephants provides opportunities to restore ecological systems, gain knowledge, attract global investments for a holistic conservation approach, and improve livelihoods and wellbeing. We hope Thailand — and the international community — will stand up to the challenge and prepare for better, fairer, pro-environmental tourism after the pandemic has lifted, recognizing the interconnectedness of human well-being, nature and the economy.

Planning and implementation of this strategy must include all stakeholders and should start with the mapping of potential habitats for rewilding elephants, including areas of human disturbance. Social surveys and community workshops help to gain insight in how people feel about sharing their land with elephants, create ownership, offer an opportunity to educate people about the benefits of living with elephants and explore the potential for community development through convivial conservation. Importantly, new investment strategies (such as a carbon tax or community levy) are required to support a transformed world of ecotourism that enhances long-term sustainability and strengthens social cohesion.

This planning can also help Thailand’s already wild elephants, like those that live in Khao Yai National Park. With the park currently closed to visitors due to the coronavirus, its 300 resident elephants have started to expand their range, reaching areas they’d previously avoided due to humans.

The problems facing Thailand’s elephants are bleak, but promising solutions do exist. We need extensive exploration of all challenges to build knowledge and attract investments.

In an ideal scenario, elephants will be able to live natural lives, nature in general will thrive, and people will benefit in a material sense, as well as regain their age-old respect and veneration for the gentle giants.

Admittedly, the pandemic makes it difficult to envision those ideal scenarios, but it also tells us that now is the time to plan changes for a better future and an exciting new normal.

Michelle Henley of Elephants Alive, Lucy Bates of the University of Sussex and Rob Slotow of University of Kwazulu-Natal contributed to this essay. 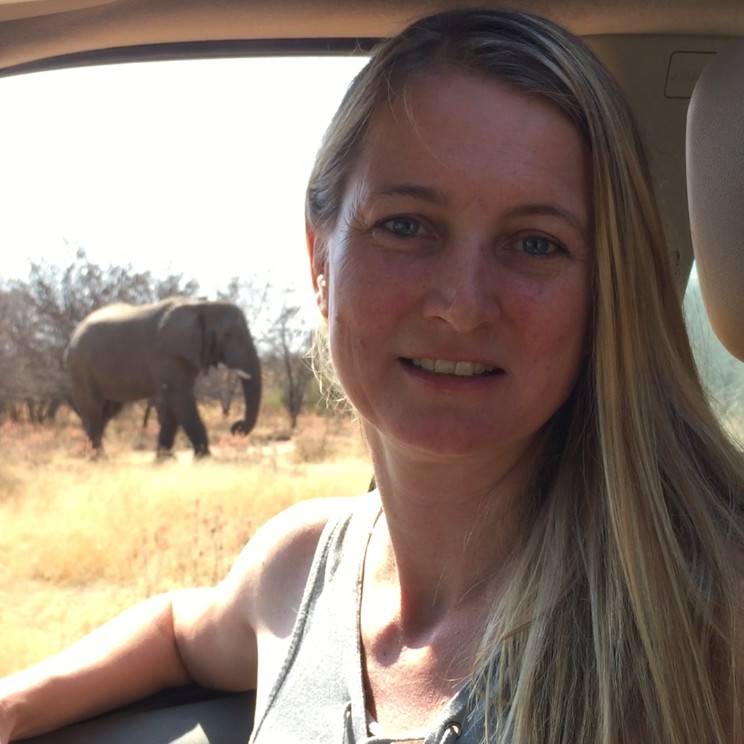 is the founder of the Bring the Elephant Home Foundation and a Ph.D. researcher at the University of Kwazulu-Natal, South Africa.

2 thoughts on “Could the COVID Crisis Provide an Opportunity for Thailand’s Captive Elephants?”