The Youth v. Gov lawsuit moves forward this week, and it could help determine if U.S. citizens have a constitutional right to a safe environment.

The climate is changing, the changes are human-caused, and most of them will be detrimental to people and ecosystems. But while public sentiment and plausible policy measures on these threats have been maturing in recent years, the law has not kept up.

Today climate change as a legal matter remains blurry and disconnected from the principles our system of government aspires to follow. The question remains unanswered: Do we — including future generations — have a legal right to a climate in which we can pursue our rights to life, liberty, property and happiness?

This is the question that a case called Juliana, et al. v. United States has thrown like a crowbar into the American legal system. If strong enough leverage is applied by the case and any resulting ruling, the whole edifice of environmental law and its position in constitutional law will undergo a deep shift.

Juliana — better known as Youth v. Gov — was filed in 2015 in the U.S. District Court in Eugene, Oregon, on behalf of 21 young plaintiffs and climate scientist James Hansen, serving in this case as a guardian for future generations. Our Children’s Trust is the Eugene-based nonprofit sponsoring the case. Since it was filed, the defendant (the U.S. government) has made five appeals to higher courts — three to the Ninth Circuit Court of Appeals and two to the U.S. Supreme Court — to throw the case out on various procedural and summary motions. Currently its third appeal to the Ninth Circuit hangs in the balance, with oral argument before a three-judge panel set for June 4 in Portland.

The plaintiffs have astonished legal experts by persisting through these attempts to prevent the case from coming to trial under District Court Judge Ann Aiken.

“We’re confident we’re right,” says Andrea Rodgers, an Our Children’s Trust staff attorney. “Our hope is that the Ninth Circuit will issue a very narrow decision that will bring us back to trial as soon as humanly possible.”

Aiken has already stated in a November 2016 ruling related to this case that in her “reasoned judgment…a climate system capable of sustaining human life is fundamental to a free and ordered society” — but she also dismissed one of plaintiffs’ claims, that the Ninth Amendment assures just such a right even though it is unenumerated in the Constitution, unlike the guarantees of due process and equal protection made explicit in the Fifth and 14th Amendments.

This has not stopped the plaintiffs, however, because they have also made arguments under those amendments, based mainly on the public trust doctrine. This is the principle that certain resources — those necessary to everyone, such as air and water — must be protected and managed so as to remain available to future generations. It is considered a property right.

Does that apply to the climate? That’s an argument made over the past two decades by Mary Christina Wood, director of the Oregon School of Law’s Environmental and Natural Resources Law Center, who asserts that the public trust doctrine applies to the climate system, and particularly to the atmosphere. “We would be fools to not recognize such law as the supreme law of the land, or ever to doubt for a moment that the jurisdiction over our very survival falls first to the air, the waters, the food sources, and the climate system,” Wood said last year in a keynote address to the University of Colorado Boulder Law School.

Public trust reasoning has been used at least since the sixth-century Roman emperor Justinian declared that “the air, running water, the sea, and consequently the shores of the sea” belong to everyone. English law interpreted this very narrowly to mean that the public should have access to paths and beaches leading to public waters in order to enjoy benefits like fishing, bathing, and boating.

Although Wood and other experts say that the public trust can also apply more broadly to climate, conservative legal scholars, perhaps obviously, disagree. James Huffman, a professor at Lewis & Clark Law School and an affiliate of the conservative Heritage Foundation, says he would like to see American law stick to the “paths and beaches” interpretation.

“It was a very narrow doctrine…and that was the extent of the theory as a legal matter,” Huffman says. “There are no cases that get it away from water.”

But the Juliana plaintiffs have shown that the federal government considers itself a trustee over several other kinds of natural resources, including forests and wildlife. A win by the Juliana plaintiffs would achieve what American University legal scholar David B. Hunter called for in 1988 — “to switch the debate in public trust cases from a discussion of the doctrine’s historical roots to a discussion of the ecological values that should be protected in the public interest.”

To a non-lawyer, a right to a livable climate and an uncontaminated environment may seem blatantly obvious. They surely are so fundamental that they precede the rights guaranteed by the Constitution, because without them, life, liberty and the pursuit of property and happiness are impossible, or at least severely constrained. That is, they are natural and inalienable rights, endowed by a creator or at least existing in such a pervasive way that no political agreement or government should be able to remove them. The Declaration of Independence and the Constitution recognize both the naturalness and inalienability of fundamental rights, because the framers valued these concepts and intended them to be part of the new American law.

But it’s not always that obvious from a legal standpoint. Bizarrely, the authority for regulating pollution relies on the Constitution’s Commerce Clause, based on the idea that natural resources are commodities that can be commercially exploited.

Along those lines the federal government has tried to make Juliana about pollution, citing Guertin v. Michigan, an appeal in the Flint water contamination case, in its recent appeal brief, which stated that the “Constitution does not guarantee a right to live in a contaminant-free, healthy environment.” Notably, in a case Guertin relied on, the government minimized a statement that Juliana represents “an arguable exception” in the debate.

But Juliana is not following previous environmental arguments.

“We are not advocating for a right to be free of pollution,” says Rodgers. Rather they’re advocating for the government to stop harming children by continuing policies that alter the climate. For example, the government has known since 1965 that burning fossil fuels changes the climate by releasing too much carbon dioxide into the atmosphere, and has ignored the advice of its own experts in favor of granting leases for fossil fuel extraction on public lands.

Staff attorney Andrew Welle adds that the right to a livable climate is entirely in line with already recognized rights to “life, property, personal security, and family autonomy,” as well as the privacy right inherent in autonomy. “Madison and other founders based [the Constitution] on naturalist philosophy and concern for intergenerational equity,” he says, noting that the latter requires equal protection under the 14th Amendment.

Huffman, the conservative legal expert, believes that if Juliana prevails it will result in the judiciary deciding on policy rather than the legislature and will create “a separation of powers problem, a democracy problem and a rule of law problem.” In his view courts should not prescribe specific steps to the executive branch.

Juliana, however, does not propose imposing detailed policy actions on the executive branch, and according to Welle there is precedent for the type of remedy the case seeks in many complex cases and bankruptcy proceedings.

“When a court finds a constitutional violation, it doesn’t say this is exactly what you have to do to correct the problem.” Rather, he says, “The court says, ‘You need to come up with a plan of your own devising and bring it back to the court to correct the problem,’ so specific policies are left to other branches.”

Juliana wants the courts to recognize a right to a livable climate based on the same reasoning that led to school integration, reproductive choice and gay marriage — and to get the government to stop doing things that make climate change worse. It’s these actions that foreclose the young plaintiffs’ ability to lead the lives our founding documents promise.

The Right Tool for the Right Job

The law is slower to adapt to changing conditions than the other two branches of government, and looking to the court to impel progress on climate change seems quixotic — except that the legislative and executive branches have failed to halt or mitigate the climate crisis for nearly half a century, and time is of the essence. Admittedly the tools plaintiffs are using in their monumental attempt to refurbish our national values and policies in time to apply the brakes to climate change — natural and inalienable rights; explicit rights to life, liberty, happiness, property, education, privacy; equal protection under the law; and the public trust doctrine — may not be up to the task.

It’s not clear yet whether Juliana will be allowed to come to trial and the plaintiffs’ massive trove of factual material and expert opinion be entered into the public record. But if it is, Aiken has already signaled that she intends to modernize environmental jurisprudence, writing in her November 2016 order, “Federal courts too often have been cautious and overly deferential in the arena of environmental law, and the world has suffered for it.”

Any trial court judgment will certainly be appealed by the loser. Few observers expect the higher courts — especially the Supreme Court — to sympathize with the plaintiffs’ approach. Securing that sympathy will occur only if the plaintiffs can offer the justices the legal equivalent of stepping stones they can use to cross the stream of conflict and reach the other side in a way that doesn’t violate their reading of the Constitution, settled law and their political leanings.

It’s a huge gamble, but the stakes are literally life and death for both people alive today and their descendants. Will the courts value tradition over dire present danger? Huffman believes they should. He would rather die with his privacy rights intact, he says, than accept what he sees as Juliana’s goal of government force crushing individual freedom and privacy.

But as Juliana’s complaint states: “Without a stable climate system, both liberty and justice are in peril…. Fundamental to our scheme of ordered liberty, therefore, is the implied right to a stable climate system and an atmosphere and oceans that are free from dangerous levels of anthropogenic CO2. Plaintiffs hold these inherent, inalienable, natural, and fundamental rights.”

In fact, the climate crisis could be viewed as a right-to-life problem. Because without a climate capable of sustaining human life, the public’s right to life at all is destroyed. 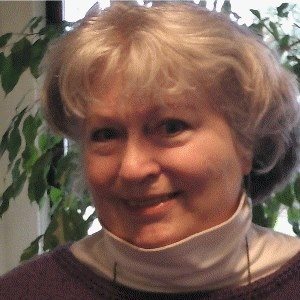 misspent her youth as a professional musician and then became a journalist. Based in the Willamette Valley, she writes about science and environmental issues including climate, chemical regulation, radiation exposure, microbiology, and other subjects. Her work has appeared in Inside Science, Scientific American, Science, High Country News, Pacific Standard, Environmental Health Perspectives, and elsewhere. She is also the author of what has been called the “definitive history” of the popular music scene in late 1960s Portland.
http://twitter.com/sacagawea