Scientists have found the white-shouldered bumblebee is impacted by climate change. (Photo by BumbleBCons, CC BY-NC 2.0)

In the new book, Protecting Pollinators: How to Save the Creatures That Feed Our World, Jodi Helmer explains how small changes in temperature can disrupt the partnership between plants and pollinators.

Jodi Helmer’s new book Protecting Pollinators: How to Save the Creatures That Feed Our World is now available.

Boyd, a biology professor at Warren Wilson College, was researching sweet shrub (Calycanthus floridus), a native woodland plant that thrives in forests near her office in Asheville, North Carolina, when she noticed something was off.

Each spring, when Boyd ventured out into the forest to check bloom time of the sweet shrub, she separated the petals and watched as sap beetles (Nitidulidae) flowed out. As their name suggests, sap beetles are known for feeding on sap, often in the wounds of trees. The plump black beetles also nosh on flowers, fruits and fermenting plant tissues and are attracted to sweet shrub for its pungent rotting-fruit fragrance. On the sweet shrub, Boyd noticed the beetles bedded down in the shelter of the reddish-brown petals before they unfurled. Sap beetles, the main pollinators of sweet shrub, populated the plant in significant numbers. “They would come out like clowns out of a clown car at a circus. You can’t even imagine how many beetles were hiding in there!” Boyd recalls. 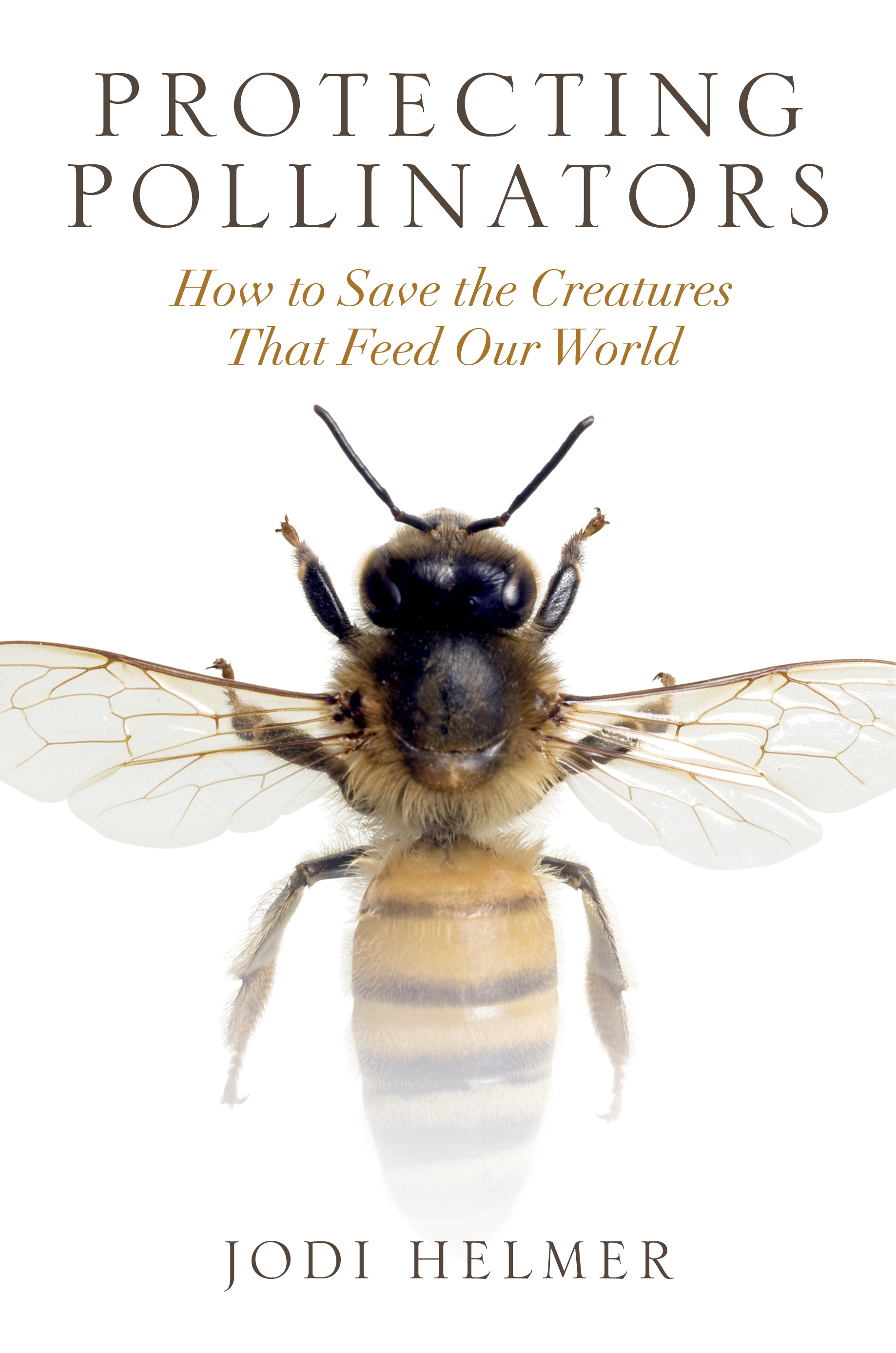 The same thing happened season after season: Boyd went out into the woods in mid-May, opened the sweet shrub petals, and the sap beetles flowed out. A few years ago, spring temperatures spiked and the sweet shrub bloomed three weeks earlier than normal. For the first time since Boyd started studying the native plants in 2007, she parted the petals and not a single beetle spilled forth. “What we’re seeing is that when the flowers bloom later in the spring, the beetles show up,” she explains, “and when the flowers bloom earlier in the spring, the beetles aren’t there. As we look more globally at how the timing of spring is changing, climate change seems to be implicated.”

The sweet shrub and sap beetles depend on each other but use different cues to decide when to be active and when to reproduce. Thanks to climate change, they are missing each other.

It’s estimated that climate change will lead to an average temperature increase of two to four degrees Celsius before 2050. The shift might seem minimal — when summer temperatures increase from 80 to 84 degrees, we might not even notice — but the impact on pollinators could be profound.

Various models have documented patterns of climate change and how pollinators have responded. Data show that warmer temperatures have led to declines in certain pollinator populations; earlier arrivals of spring, which has advanced about 2.3 days per decade, have impacted the first flowering dates of plants and the seasonal flights of certain pollinating insects.

Over the past century, the timing has advanced four days per one degree Celsius, with bumblebees advancing their spring flight times an average of two weeks between 2001 and 2007 alone. Both plants and pollinators are also shifting their locations to adapt to warming temperatures: species have shifted an average of 6.1 kilometers (3.79 miles) closer to the poles per decade. In Southern California, 90 percent of dominant plant species made a mean elevation shift of 65 meters over the past three decades, creating mismatches between geographic distribution of interacting species. Overall, it appears that insect-pollinated

plants react more strongly to a warming climate than self-pollinating plants, and flowers with earlier bloom times are more sensitive than species that bloom later in the season.

In some cases, co-dependent species both emerge earlier and continue the relationship needed for their mutual survival — a process scientists refer to as a “linear advancement.” While some studies suggest that pollinators might be robust enough to withstand climate disruptions, a growing body of research illustrates just the opposite. Scientists cite global warming as “one of the biggest anthropogenic disturbance factors imposed on ecosystems.”

Pollinators need plants for nectar and pollen; plants need pollinators to set fruit and reproduce. These partnerships have evolved over millions of years and the timing is precise: pollinating insects mature at the exact time nectar flow begins. Both plants and pollinators depend on climate signals to start biological responses like blooming and mating (the timing of these events is called phenology), but not all species use the same cues. Some rely on temperature, while others use day length. When the cues that species depend on change, the biological processes that have evolved to coincide stop matching up. In other words, if temperature increases from historic norms before day length increases, species might emerge at different times.

Climate change is leading to earlier springs, so those species that depend on temperature cues are leafing out, blooming, mating, or laying eggs earlier while those that depend on day length still come out at the same time. Regardless of the temperature, the timing of their biological responses remains the same. These “phenological mismatches” cause problems for both species.

Long-term data collected from the Rocky Mountain Biological Laboratory between 2009 and 2016 suggest that the snow is melting earlier, leading flowers to bloom sooner. This might seem like a boon to pollinators, but early access to the nectar buffet comes at a price. The sooner spring arrives, the higher the risk of frost or late-season droughts that kill off blooming plants. Flowers that bloom earlier might not bloom as long, causing nectar to plummet during a time when pollinators depend on it. Three species of bumblebees in the Colorado region — the black-notched bumblebee (Bombus bifarius), the yellowhead bumblebee (B. flavifrons) and the white-shouldered bumblebee (B. appositus) — are struggling to access enough nectar, which researchers attribute to climate change.

Ogilvie, the researcher at the Rocky Mountain Biological Laboratory, commented, “There isn’t that much research on the topic, which is kind of impressive given how abundant bumblebees are, [but] we lack some long-term monitoring of insect populations.” Ogilvie and her collaborators looked at both the number of flowers blooming in a season and the number of days flowers bloomed; they found that pollinators had fewer nectar sources and those sources had become less reliable. Bumblebee populations fell when there were fewer days of blooming.

The total number of flowers did not fluctuate, but climate change did make the seasons longer, so bees needed to forage over longer periods of time, putting a strain on available flowers. Bumblebee colonies face a greater risk of starvation because of more days with fewer flowers. Honeybees may be better able to adapt than other pollinators because they store nectar and pollen to feed their colonies during a dearth. By contrast, bumblebees do not store food, making them more vulnerable when less nectar and pollen are available — but Ogilvie believes that bumblebees are resilient. “Bumblebees are quite intelligent,” she says. “It’s possible that if there are fewer flowers on a particular day, they may expand the types of flowers they’re visiting. If bumblebees are able to behaviorally respond to the changes in the flowers, they might still be able to get enough food to survive.”

Excerpted from Protecting Pollinators: How to Save the Creatures That Feed Our World by Jodi Helmer. Copyright © 2019 Jodi Helmer. Reproduced by permission of Island Press, Washington, D.C.

is a North Carolina-based journalist who writes about farming and the environment for NPR, Civil Eats, Scientific American, National Geographic Traveler and Sierra. She is also the author of Protecting Pollinators: How to Save the Creatures That Feed Our World.
http://twitter.com/helmerjodi