One man’s mission to remove trash from the polluted river in Baghdad has inspired a nationwide movement that shows how environmental efforts inspire peace.

The sun beat down on hundreds of Iraqis who met on the banks of the Tigris, in Baghdad, to clean the river.

They gathered this past April under the banner of “Clean Iraq,” a grassroot movement organizing weekly cleanups. It was founded in February by Murtadha Al-Tameemi, a software engineer who grew up in Baghdad but has been traveling the world for the past few years.

“When I came back to Baghdad after being away for a while, I wanted to enjoy the sunset by the river,” Al-Tameemi tells me. “But when I arrived, I could not help noticing the trash that ruined the beautiful nature.”

He started going to the riverbanks every day to pick up trash, and he spread the message on social media. Soon other Iraqis started getting involved. Now, every time there’s an event, several hundred volunteers participate.

He only expected to spend only a few weeks at home, visiting friends and family, but when his project took off he decided to stay longer to oversee it.

The April event, though it was hard work, carried a welcoming and friendly atmosphere. People got to know each other a bit, making a seemingly tedious activity enjoyable while making visible progress. With every hour I spent by the river, I saw garbage bags piling up at the water’s edge.

Similar cleanup events take place at rivers and creeks around the world, but in Iraq this initiative is something new. Al-Tameemi says he believes it has the power to drive positive change well beyond the environmental benefits — it could help transform the image many people have of Baghdad and Iraq as a whole.

But I couldn’t help but wonder: Is the movement making a real change, or is the destruction of the Tigris irreversible?

For centuries the Tigris has been the lifeline of Iraq. Ancient civilizations settled around the river, boosting trade, urbanization and economic growth.

Historically it was also a symbol of the country’s prosperity. Iraq used to be one of the water-richest states in the Arab world.

Now, however, the pollution of the Tigris River has reached levels so high that those who rely on its water are at risk of contracting life-threatening diseases.

For decades Baghdad has produced more sewage than its three main wastewater-treatment plants can handle — about twice as much every day. A study published this April in the journal Water found that the Tigris in Baghdad contained unhealthy levels of fecal coliform bacteria — about three times what the Environmental Protection Agency considers safe for domestic water supplies in the United States.

A paper published in 2020 in the Polish Journal of Environmental Studies identified severe pollution of Tigris’s water as “one of Iraqis’ major sources of cancer.” And a 2017 report published by Save the Tigris, a network of civil society organizations working together to ensure safe access to water for the people of Mesopotamia, found that “every 24 hours around 400 children were being admitted to Baghdad’s Sadr Hospital with diseases caused by polluted water.”

Inappropriate sewage treatment is just the tip of the iceberg, however.

After ISIS gained control over parts of Iraq in 2014, extremists would regularly demolish dams and poison wells to cut Iraqi forces off from clean water and coerce local communities into obedience. To contaminate groundwater, ISIS would release oil or metal debris into outlets such as the Tigris.

As if that wasn’t bad enough, ISIS fighters would also dump the bodies of their victims into the river. During the war and in months following, corpses washed up on the riverbanks downstream from Baghdad or Mosul. Hundreds of undiscovered bodies stayed in the water and decomposed, contributing to the pollution.

ISIS also targeted oil wells in towns close to the Tigris, spilling crude oil into the streets and river. Even when attacks did not directly target oil installations or water infrastructure, explosions would damage nearby sewage networks, pipelines and water-treatment plants.

It’s been five years since the war against ISIS officially ended, but more than 1 million Iraqis remain what’s known as “internally displaced persons” living in informal settlements. In Baghdad alone, there are more than 1,000 informal settlement areas that lack sanitation facilities and sewage disposal. These displaced people often have no choice but to dispose of their waste directly into the Tigris River.

And it’s not just these internal refugees. In a country that lacks proper strategy for waste collection and disposal, throwing trash into the river has become a common practice.

Can the Tigris and Its People Be Saved?

Experts say the Tigris is dying and requires urgent action.

Last November Cascades — a consortium established to examine how cascading climate change effects can cross international borders — published a study of the Euphrates-Tigris basin which found that ”the gradual deterioration of water quality is rendering a significant proportion of water unusable.” The researchers said Iraq urgently needs to reduce the sources of water pollution and use its water supplies more efficiently.

Unfortunately no government projects currently focus on putting an end to the gradual destruction of the river.

But the rapid growth of Clean Iraq suggests that at least some Iraqis themselves want to mobilize and work together to restore the Tigris’s glory. Already some 30,000 volunteers have contributed to cleaning the river. The first cleanups took place only in Baghdad, where they’ve managed to fill more than 24,000 garbage bags with trash found around the river and cleaned a stretch of three kilometers. As the initiative gained publicity, citizens of other governorates expressed interest in joining. With the permission of Al-Tameemi, they started organizing events in other parts of Iraq as well.

Despite their achievements, there’s a risk that the campaign could become stagnant, especially if people start losing their motivation to clean the river.

That could happen if they fail to see any progress. Many of the volunteers I met told me that it’s not uncommon for Iraqis to throw their waste into the river without realizing the harms. Therefore, even as the campaign grows, there will always be people who keep polluting the Tigris.

And even if all the rubbish is removed from the river’s banks and people stopped adding new garbage, the water is still contaminated with toxins from trash that already broke down, oil spills and industrial waste.

Al-Tameemi, recognizing that gap, says he wants to not only clean the river but teach people about the importance of keeping the environment garbage- and pollution-free.

“It’s not just about cleaning the river,” says a videographer named Karrar, who creates content for the campaign’s social media accounts. “It’s about spreading awareness, making a change and bringing people together.”

According to a special issue of the journal International Affairs published in January 2021, environmental initiatives like this can play a major role in peacebuilding in conflict areas. Papers in the issue used cases from Colombia, Liberia, Yemen and other countries to show how working together on protecting nature reduces tensions, drives integration and unites members of society.

“Environmental challenges offer opportunities for cooperation,” the editors wrote, “because they transcend political boundaries, may be less sensitive politically than other topics, and may stimulate actors to consider longer time horizons… Cooperation on environmental challenges can be instrumental in building trust and understanding between social groups.”

After decades of tyranny, Iraq finally appears to be stable enough that people can focus on actions such as this. Environmental degradation is a major consequence of armed conflict, so cleaning the Tigris River could be a sign of the country’s cautious recovery.

As part of that, the Clean Iraq movement — which has received global news coverage — could show foreigners that Iraq is open to the world and that it’s no longer a war-torn country where people live amid horror and fear.

“We are always happy to see foreigners in Baghdad,” says Abdul, a participant at one of the cleanup events. “Not many people come here because they think the war is still happening. But Iraq is peaceful now, and it is a beautiful place.” 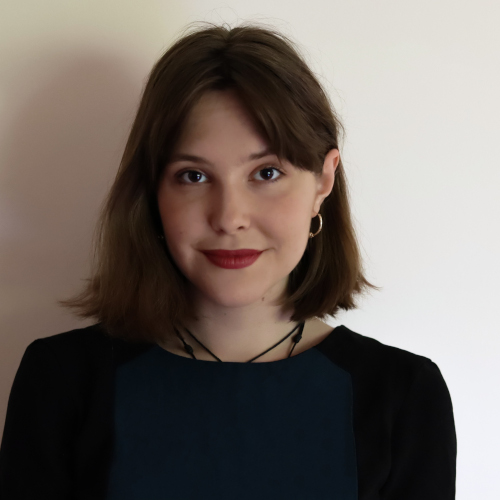 is a political correspondent for Immigration Advice Service. She covers humanitarian issues and writes articles raising awareness about the challenges of post-conflict recovery.