This miniature monkey from Brazil faces a losing battle with disease, invasive species and an ever-shrinking habitat.

As the rainforests of Brazil disappear, so do their unique inhabitants. A tiny monkey represents the dangers faced by much of Brazil’s biodiversity but also illustrates the opportunity we have to save them.

This miniscule marmoset is a small, neotropical primate that weighs just 1 pound (460g) on average. It’s endemic to the Atlantic forests of the southeastern region of Brazil, where it has the smallest distribution of any species in the Callithrix genus.

Buffy-headed marmosets have a light, gray-brownish coat, with a cream-colored face, a yellowish-beige head and neck, and short, yellowish ear tufts. One endearing characteristic is the grayish shade of the fur above their eyes, which gives their faces a clownish appearance.

These marmosets live mainly in the Atlantic forest fragments in the states of Espírito Santo and Minas Gerais, in southeastern Brazil. They range from south of the Rio Doce in Minas Gerais into the mountainous region of Espírito Santo state. The southernmost part of the species’ range extends west into eastern Minas Gerais, where it’s found in scattered localities in the Rio Manhuaçu basin as far as the Manhuaçu municipality.

The range of the species distribution overlaps with that of buffy tufted-ear marmoset (C. aurita), where a natural hybridization zone occurs.

The species inhabits areas that have suffered the effects of numerous anthropogenic pressures through extensive fragmentation and deforestation of forests due to expansion of urban areas, mining and agricultural activities. This has led to the replacement of native flora by pastures, coffee and eucalyptus plantations, as well as harmful activities like burning that are associated with agricultural expansion.

In addition to these threats, the introduction of invasive primate species such as the common marmoset (C. jacchus) and black-eared marmoset (C. pencillata) precipitated a serious increase in competition and hybridization with the buffy-headed marmoset. Hybridization is particularly concerning as it leads to the loss of the genetic characteristics and could ultimately be a cause of extinction if the current scenario persists.

Another serious threat to the species comes from emerging diseases such as yellow fever, which since the last epidemic outbreak in 2016 has eliminated countless individuals of the species in the wild. We estimate that this has led to a sharp drop in C. flaviceps in some regions.

The buffy-headed marmoset status has only recently been updated to critically endangered by the IUCN Red List of Threatened Species due to a drastic population reduction. This decline is in large part the consequence of habitat destruction, the effects of hybridization and competition with invasive marmoset species, and the yellow fever epidemic that has reduced at least one of the more significant subpopulations by 90%.

The Brazilian Ministry of Environment, through the ICMBio (Chico Mendes Institute for Biodiversity Conservation), has created National Action Plans that aim to prioritize conservation actions to support endangered species. The National Action Plan for the Conservation of the Atlantic Forest Primates and the Maned Sloth (PAN PPMA), created in 2018, covers 13 native species, including the buffy-headed marmoset and the closely related buffy-tufted marmoset, also an endangered species.

There are also initiatives for the conservation of marmosets, such as the Mountain Marmosets Conservation Program, which has been working in collaboration with several researchers and national and international institutions to put into practice the actions established by the PPMA PAN.

Through this program a series of guides, protocols and decision keys are currently being developed to conduct studies and research with C. flaviceps. and C. aurita. One of the actions originated from this international project was the creation of the Mountain Marmosets Conservation Center at the Federal University of Viçosa, which is the first center of primatology in the world focused exclusively on both mountain marmosets, and in developing conservation activities in situ and ex situ.

Carla: My favorite experience with this species came at a moment of great stress and concern.

I was conducting a primate community assessment at my study site, at the Private Protected Reserve of Natural Heritage — Feliciano Miguel Abdala in Caratinga, Minas Gerais, following the yellow fever outbreak that hit the southeastern region of the Atlantic forest late in 2016.

This site was once known for having one of the most important subpopulations of the species. However, the forest had become eerily quiet, and after several months of intense field work there were no signs of the groups that used to range this 4 square mile (1,000-hectare) forest fragment. I began to suspect the worse and to fear that the marmosets had been decimated and perhaps become locally extinct.

Fortunately, while I was conducting this monitoring, I finally managed to locate a couple of groups. It was a tremendous relief to me to see these animals and to know that they had not become locally extinct. Since that time I have been keeping track of these primates and I hope that our work will lead us to new findings and benefit their conservation in the wild.

Sarisha: I’m currently studying the buffy-headed marmoset at Macedônia Farm, a private natural reserve in Ipaba, a small town located in central Minas Gerais. Here I lead a population survey to contribute knowledge about the species locally and to develop conservation strategies.

There hadn’t been any previous studies focusing on the species in this region, and we only had a few reports of their historic presence. Nevertheless, we managed to discover a few healthy and large groups, bringing a positive perspective for the species in the area.

For me, my favorite experience with this species has been observing these animals in the wild, in what remains of their natural habitat. The buffy-headed marmoset is a remarkable little primate, so for me it is these moments during fieldwork where I can appreciate their beauty and witness their dexterity in the trees.

To effectively conserve this marmoset we need urgent studies concerning the occurrence of hybridization, interaction with the invasive species and the impacts of deforestation and yellow fever.

On top of that, there are significant knowledge gaps regarding their general behavior and ecology that we would like to fill by conducting further research. 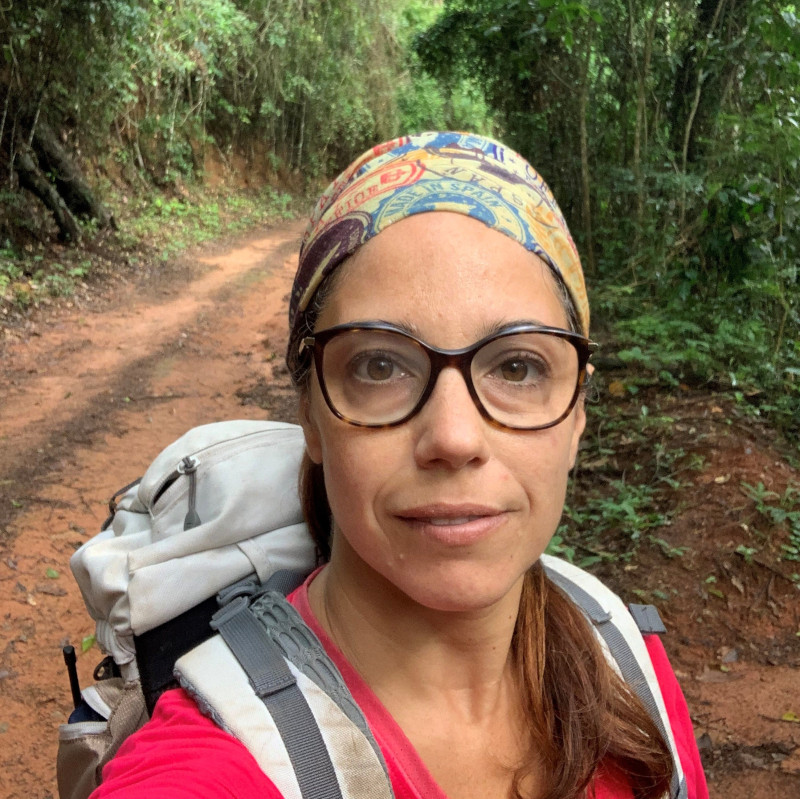 is a biologist/primatologist researcher affiliated with the Brazilian ONG Muriqui Institute of Biodiversity. Possamai is the coordinator of the Primate Community of Caratinga project in Caratinga, Minas Gerais, which has been focusing on the studies and conservation actions regarding the buffy-headed marmosets amongst other critically endangered primate species. This project is currently funded by the Margot Marsh Biodiversity Foundation through Global Wildlife Conservation. Carla is also a long-term collaborator with Dr. Karen Strier at the Muriqui Project of Caratinga. 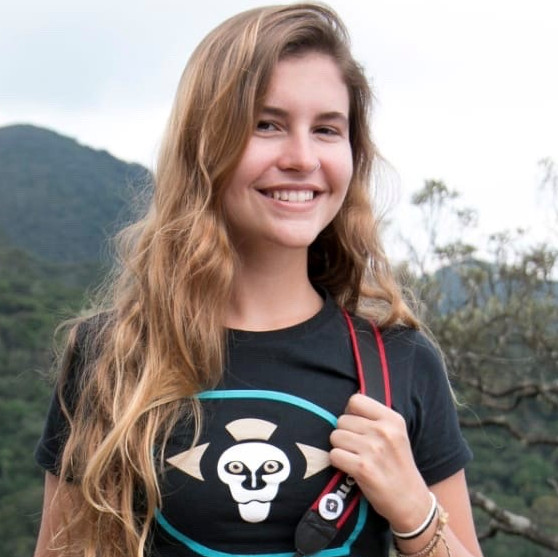