The state’s recently passed Climate and Equitable Jobs Act offers a model for other states to build coalitions to help communities and the planet.

While all eyes have been on Washington, D.C.’s budget and infrastructure negotiations, one state passed the country’s only comprehensive climate legislation designed to advance racial equity and economic justice — and it wasn’t California or New York.

By passing the Climate and Equitable Jobs Act on Sept. 15, Illinois — yes, the country’s number-four coal producer — joined just six other states, Washington, D.C. and Puerto Rico in requiring 100% clean electricity, in this case by 2045. But unlike others, Illinois’ policy structure aims to remedy systemic racism, environmental injustice and economic inequality.

For too long, climate advocates have played an insider’s game, developing solutions with little input from the people most affected. As I have seen in my 15 years as a social justice advocate, we will continue to miss opportunities to pass ambitious policies if we fail to unite all who stand to benefit.

Not involving these communities also leaves policies vulnerable to attacks that threaten their durability — a lesson most recently demonstrated by the stalled progress of the Transportation Climate Initiative, where a lack of community participation in the initial design made the policy more susceptible to fossil industry assault.

Avoiding runaway climate change requires highly organized coalitions to implement policies that drive rapid, continuous emissions reductions during this critical decade. Adopting a strategy of listening sessions to develop the Jobs Act text, unlike most energy legislation, ensured it was written by communities for communities and passed with overwhelming support.

In the heart of the Midwest, the Illinois climate movement proved a big tent can deliver big results, and that leading with jobs and justice is a winning approach.

So what are the big results that set the Climate and Equitable Jobs Act apart? I spoke with several people involved to find out why it stands out and what other states can learn from the process.

Notably, the Act will phase out fossil fuels in the electricity sector by 2045, but it also tackles transportation and building emissions by investing in electric vehicles, new building codes and efficiency. Advocates estimate the law will stimulate $30 billion in total private investment to cut emissions. Measures to advance equity and justice along with protections for workers, low-income households and pollution-burdened communities form the backbone of the law.

Labor groups project the Act’s massive renewables buildout will create 50,000 construction jobs over the next 10 years in Illinois. It authorizes the Illinois Power Authority to spend $580 million per year on wind and solar development (doubling current funding), with 29% of funds allocated to community-based and brownfield solar projects. The spending is projected to enable state utilities to reach 40% renewable electricity by 2030, on the way to 100% clean power by 2045.

Some other states have stated similar goals. But Illinois’ law is the first and only comprehensive climate policy that aims to leverage real dollars to achieve economic and racial equity as core policy goals. In an email, Pastor Scott Onque’, policy director for Faith in Place, and pastor in Chicago’s South Side, called the bill “a forward-thinking, equity-rooted model for states across the U.S. to follow.” As the Illinois Environmental Council explained, no other state even requires diversity reporting for renewables projects, let alone mandates diversity goals for the entire industry.

So, who is an “equity eligible” person? As defined by the Act, equity eligible persons are those who have been historically marginalized and excluded from educational and career advancement opportunities because of systemic discrimination and racism. The statute includes residents of environmental justice communities, foster care alumni, previously incarcerated persons, or people living in “R3 (restore, reinvest, renew) communities” that have been harmed by violence, excessive incarceration and economic disinvestment.

The law also recognizes the need for training to ensure those eligible are job ready. It allocates $80 million for 13 workforce and contractor incubation hubs, run by local organizations in the communities that need them most, providing clean energy job training, mentorship and administrative services to cultivate small clean energy businesses. And a new “green bank” will offer lending services to jumpstart new clean energy projects in marginalized communities. Illinois communities can expect a rising cohort of clean energy entrepreneurs of color as a result.

The Act aims to overcome additional obstacles, such as a lack of access to transportation and childcare, through funding services such as travel stipends, work clothes, tools, or childcare for training and incubator program participants.

It also builds accountability by requiring the Illinois Power Agency to conduct a disparity study to determine who is benefiting, then re-evaluate programing if the law’s intentions aren’t being met. In a phone conversation, Vote Solar’s John Delurey called these initiatives truly “groundbreaking,” explaining the law, “offers a whole new set of tools to deliver equitable outcomes.”

The Act also serves as a landmark for workers’ rights, with the strongest labor standards of any state climate or clean energy policy in the country. In a phone conversation, Pat Devaney of the Illinois AFL-CIO said the law is “the best proof yet that a state can implement aggressive climate policies, but do it with the worker at the forefront, and making sure that the jobs we are creating are good jobs with a prevailing wage that bring people into the middle class.”

Under the Act, all utility-scale wind and solar development and all transmission projects in Illinois  are required to have project labor agreement — a long-time strategy of trade unions to protect their workers and ensure fair wages. Additionally, all non-residential wind and solar projects must pay workers the prevailing wage, guaranteeing good-paying jobs even for non-unionized workers.

While fossil fuel power plants have burdened communities with a legacy of toxic pollution causing a range of health damages, they have also been a source of good-paying jobs and public revenue. To correct longstanding injustices, policy should prioritize fossil fuel retirements in overburdened communities, while providing adequate community transition funding.

The Jobs Act was designed to address these twin challenges. It mandates retirement of all fossil resources, shutting down the most polluting plants first. This marks an important shift in Illinois climate policy, as the Little Village Environmental Justice Organization has pointed out, by prioritizing emissions reductions from plants with the worst EJ impacts rather than solely focusing on greenhouse gas emissions.

This bill also reinvests directly in these same communities to replace fossil jobs and local tax with new clean energy investment. It commits $47 million annually to convert coal power plants to solar farms or energy storage facilities, and $40 million per year to replace lost property taxes, while supporting economic development and job training in communities where mines or power plants will close. The bill also includes a first-in-the-nation “Displaced Energy Workers Bill of Rights” to protect and support employees of plants set to close.

Since the law is more than 900 pages, it’s impossible to capture all of its equity provisions. But it’s truly comprehensive in its approach, aiming to transform entire systems — transportation, housing, energy — to advance justice. According to Pastor Scott, its equity and just transition provisions, “will ensure all Illinois communities benefit from the expansion of renewable energy.”

So how did this “Green New Deal” for Illinois happen? It was more than three years in the making, led by the Illinois Clean Jobs Coalition, a broad and diverse group including the state’s major environmental groups along with many environmental justice, community-based, labor, faith and public health organizations. They set out to create a sweeping policy that would not only cut dangerous pollution but prioritize jobs and justice and brought these core policy goals to communities across Illinois.

But when it came to the details of how they would advance this vision, they committed to a strategy of listening first. In a phone conversation, Colleen Smith, deputy director of the Illinois Environmental Council, explained the coalition’s stance this way: “We don’t live in a static world, so climate solutions shouldn’t be static either.”

They developed their approaches from a previous failure.

Not long after the 2016 passage of Illinois’ Future Energy Jobs Act, which expanded the state’s renewables investments and created a new workforce development program, it became clear the bill wasn’t delivering for pollution-burdened communities. It had been written largely by the state’s utilities, with little input from environmental justice, labor or fossil-dependent communities.

In response, the Illinois Clean Jobs Coalition launched a new “Listen, Lead, Share” campaign in 2018, holding more than 100 listening sessions across the state to garner input for an ambitious, inclusive bill. Coalition members learned “pain points” and gathered ideas for solutions from the most-impacted communities, which were brought back to a working group that drafted the Climate and Equitable Jobs Act.

Smith told me they heard often that the community didn’t need more low-wage jobs and that any policy developed should focus on creating jobs that would build wealth in the communities that have long been denied that opportunity. Both Smith and Delurey confirmed that many of the Act’s most innovative climate justice solutions, including the contractor incubator and the green bank, came directly from listening sessions.

The coalition then engaged in another round of listening sessions to get feedback on the draft bill. At every point along the way, they sought input, even pausing to re-evaluate the bill after George Floyd’s murder to reconsider whether it went far enough in rectifying racial injustice. The result was, in Smith’s words, “a bill written by communities, for communities.”

In addition, the listening sessions built a strong base of highly networked grassroots advocates that played a key role in securing the Act’s passage. The outreach and feedback, as well as community representative’s direct involvement in negotiations, strengthened lawmaker confidence that the bill was indeed what their constituents wanted throughout the legislative process.

For Transformative Climate Policy, We Must Build a Bigger Tent

The climate policies we’re designing now will transform our energy system with wide-ranging impacts for those fossil fuel dependent workers and communities, who must have a say in shaping policies that will determine their future. To create winning coalitions and enact bold policies that will stand the test of time, we need everyone at the table.

While many critical factors helped The Climate and Equitable Jobs Act over the finish line in Illinois, including strong champions in the governor’s office and statehouse, the CJC’s work is testament to the power of an inclusive organizing strategy and policymaking process centering equity and justice.

Every state faces different challenges. Many could benefit from elements of Illinois’ new law, such as jobs training or shutting down plants based on their environmental justice impacts. But those needs may not emerge without broader discussions. That’s why the model of listening that Illinois pioneered should be at the heart of efforts in other states. They don’t need to take three years — time is of the essence — but they should be long enough to engender trust and collaboration.

As climate champions across the country race against time to pass ambitious legislation, the lesson from Illinois is clear: Building a bigger tent can make truly transformative climate policy possible. 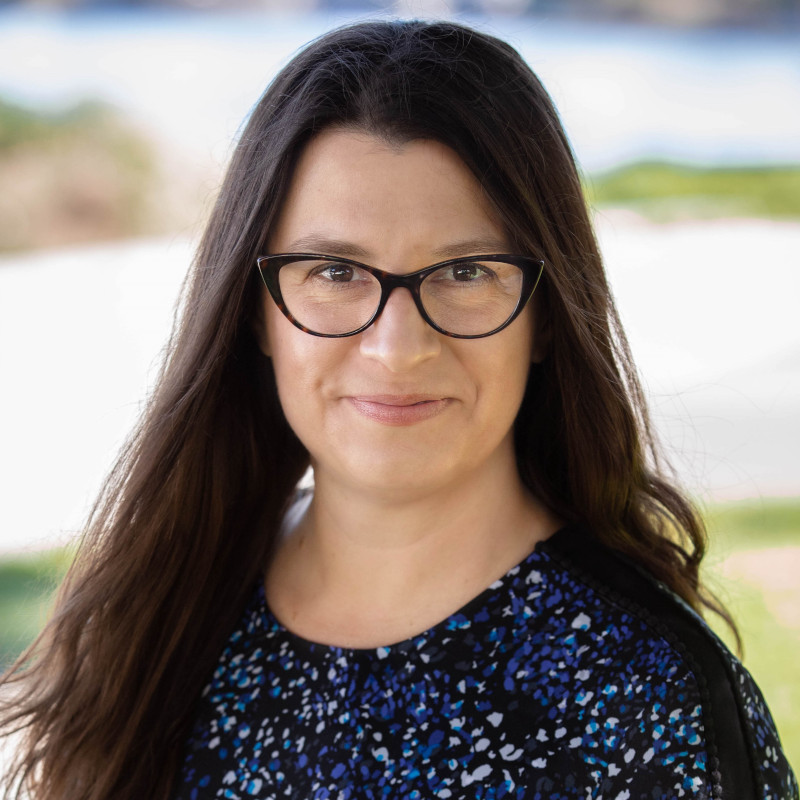 has a Ph.D. in political science from the University of Notre Dame and has been an educator, organizer and activist for more than 15 years. She is currently the deputy director of communications at Energy Innovation, a nonpartisan climate and energy policy think tank, and serves on the board of Interfaith Power and Light, which mobilizes people of faith and conscience to solve climate change.
http://twitter.com/sspengem