In 1871 photographer William Henry Jackson and painter Thomas Moran joined an expedition to the Yellowstone region of the United States, which they documented in a series of powerful and moving creative works. Soon after, Jackson’s and Moran’s images became the catalysts for Congress to designate the very first national park at Yellowstone.

This little-known detail, that artists played a major role in the formation of the world’s first national park, was at the forefront of my mind each day I spent as the artist-in-residence for Hawaiʻi Volcanoes National Park this summer.

My time in Hawaiʻi was made possible by the National Parks Arts Foundation, which offers select artists month-long fellowships to follow in the footsteps of Jackson and Moran, exploring the natural wonders within one of several U.S. parks, and connecting with the scientists and environmental protection specialists working to preserve the land.

For me, this meant days surveying one of the most geologically and biologically diverse places on Earth, traversing rainforests, volcanoes, fields of steam vents, lava tubes and endless vistas of unbroken Pacific Ocean. I was introduced to Sierra McDaniel, a 20-year veteran member of the Parks Service, who shared her work propagating and repopulating the critically endangered silversword plant. I visited the fishermen at Ka Lae, who cast lines from 50-foot cliffs as vaccinated revelers threw themselves into the crystal-clear water below. There were turtles sunning themselves on black sand beaches, waterfalls, and countless hikes in secluded wilderness teeming with some of the rarest plants and animals in the world. In the evenings, I would return home to the scent of frangipani and the charcoal of distant firepits, mixing on the trade winds that are responsible for Hawaiʻi’s idyllic climate.

During my visit I researched the formation of the Hawaiian archipelago and its current rate of change due to volcanic activity and the movement of tectonic plates. Using seismic data from the United States Geological Survey, I catalogued all earthquakes that occurred beneath the park and devised a system to convert parameters such as magnitude, depth and time of quake to musical parameters for the creation of a new score. The recording of this score is designed as a way of experiencing, in sound, the activity that is changing the shape, position and size of Hawaiʻi, and indeed the very face of the Earth. In the few solitary weeks I spent in quiet contemplation, marveling at the spectacular landscape laid out before me, I was surprised to learn that more than 750 local earthquakes were reshaping the ground beneath my feet.

Listen to a sample of Sam Nester’s composition:

All this raw beauty and natural power, along with the artistic opportunity to explore it, exists under the stewardship of the National Parks Service, which protects it for anyone wishing to venture that far out into the Pacific Ocean. And yet throughout my residency I was intimately aware that on this same island, a mere stone’s throw from the protected land of the national park, sat a place in stark contrast with what I was witnessing.

Kamilo Beach, commonly known as “trash beach” or “plastic beach,” is among the most polluted beaches on Earth. Plagued by the Great Pacific garbage patch – a vast area of floating rubbish in the Pacific Ocean – Kamilo’s sandy shoreline accumulates enormous swaths of garbage each day, mostly discarded plastic.

To truly comprehend the catastrophic scope of the Great Pacific garbage patch, imagine an area triple the size of France composed of approximately 80,000 metric tons of plastic. Kamilo, along with other Hawaiian beaches less travelled by tourists, is one of few places that this swirling vortex of ocean currents dumps its decades-old collection of debris.

Debris created by you and me.

It’s almost certain that the turtles I saw sunning and the adventure seekers diving 50 feet from volcanic cliffs have contended, at some point, with the likes of the garbage that defaces Kamilo.

Even worse than the solid toothbrushes, bottles and toilet seats swirling around this patch of ocean are the microplastics they produce. The plastic from these discarded household objects breaks down over time into smaller and smaller particles. These microplastics are not only becoming increasingly difficult to remove from the world’s oceans but are ingested by marine life, causing potentially fatal harm.

Kamilo is not a national park. It is not protected by the everyday heroes that make up the Parks Service, creating and administering rehabilitation projects over the course of decades for the health and longevity of our fragile environment. Kamilo is a symptom of the Great Pacific garbage patch. This patch of ocean waste is unequivocally a mark of human carelessness and one that needs to be addressed on a global level if we are to prevent irreversible catastrophe.

Our world is in crisis, and it has been for quite some time now. Instead of addressing this, a movement has begun among the wealthiest of men to conquer space for individual private enterprise and avoid the responsibility we have to our shared wilderness here on the only planet we currently occupy. We cannot excuse our continued habits on the hope that a few modern robber barons might colonize a distant world and allow us the privilege of living there. Likewise, continuing to ignore our climate and environmental emergency here and now, or laying blame to previous generations, is reckless. It is our planet, it is our time, it is crucial that we consider our relationship to the magnificent natural world and how best to safeguard it.

Perhaps now more than ever, our wild places need artists. We need artists to know them, to feel connected to them, and to share their experiences as widely as possible.

Depicting humanity’s relationship to nature is certainly not new. It is rare for someone to mention Beethoven’s sixth symphony without commenting on their own experience with the magnificence of a thunderstorm. Confronting Caspar David Friedrich’s Wanderer above the Sea of Fog is to gaze not only deep within oneself, but to observe a man confronted with the awesomeness of nature and his place within it. To stand in the shadow of Olafur Eliasson’s beautiful yet disturbing icebergs scattered and melting in the cities of Paris, Copenhagen or London, is to have a very real, very strong connection to our warming planet.

Indeed, artists can play a vital role in conservation and messaging. Data sets rarely move an audience, but the interpretation or representation of critical information through artistic forms is ripe for broader engagement. When I began my Arcadia project, converting the biodata of living plants to sound and light in real-time installations, I never expected that bioscience Ph.D. students would draw on this for their research. As I have worked with various departments across disciplines at George Mason University these past 18 months, I have seen first-hand that interdisciplinary collaboration can provide new perspectives and approaches to sharing issues of sustainability and climate change more widely, and that artistic work can contribute to scientific inquiry.

Similarly, my experiences at Volcanoes National Park have laid the foundation for additional data sonification work, in the hope of amplifying an enduring natural process that is occurring beneath us. A piece of music fully informed by earthquake data may not be everyone’s Friday night listening, and it is unlikely to inspire a new generation of musicological geologists. However, offering art grounded in a natural phenomenon, one that constantly adjusts our physical position on this planet, as we act powerless to the process, may allow for a fresh perspective and deepening of our relationship to the rhythms of the natural world.

Artists can complement the work of climate scientists by making what all too often seems overwhelmingly grim more actionable.

Like Jackson and Moran, artists today can align themselves with government and nonprofit reports in the hope of influencing change on an institutional level. Collaborating with scientists, like those in the National Parks Service, or those at George Mason University, can allow for new insights into research and the presentation of technical material. Simply producing public events in galleries and concert halls that promote our wilderness helps to direct the most pressing conversation of our time to a broader audience.

Additionally, we can take this further, sharing our work on platforms such as social media, in newspapers, on television news shows and podcasts. This takes what can be an ephemeral moment, a performance or event locked in time, to a sustained experience — just like what we hope our natural spaces will enjoy.

To know the rainforests, volcanoes, and endless vistas of Pacific Ocean is enough to want to defend them. Similarly, to know the horrors of places like Kamilo and the Great Pacific garbage patch offers an opportunity to rage against them in creative ways.

Art inspires. It has the power to create change in a viewer, reader or listener, and reach vast audiences. So let the artists of today become the 21st century versions of Jackson and Moran in the hope to inspire the protection of an even greater number of our natural wonders, to be loved, shared, and known by future generations. 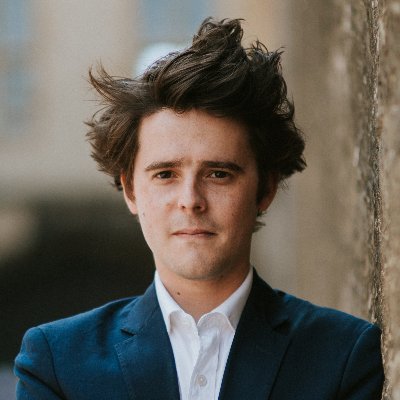 is an Australian Fulbright Scholar and lecturer of Music History at the Manhattan School of Music. He serves on trumpet faculty at The Juilliard School's Music Advancement Program. He has designed site-specific environmental sound and light installations for George Mason University, EcoArt Project, and Colby College. Nester has been the artist-in-residence for Bruny Island (Australia) and Hawaiʻi Volcanoes National Park, and his writing appears in Curator magazine.
http://twitter.com/1snester https://samnester.com/