In a warming climate, some bat houses could be death traps. But community-level bat boxes can help give bats more room and options to raise young safely.

From Batman to Bat Week, Stellaluna to FernGully’s Batty, bats — both fictional and real — capture our imagination. But their plight is becoming increasingly desperate because of the spread of deadly white-nose syndrome, increasing habitat loss and other environmental pressures.

That’s led to a new interest in constructing bat boxes — the bat equivalent to a bird house. Even “Shark Tank,” the entrepreneurial-themed reality show, is fronting the idea of building artificial homes for bats.  While it’s good to see interest in helping our night-flying neighbors, there are important factors to consider before you dig out the wood and screwdriver or purchase a pre-fab bat box.

Recent observations suggest possible problems with bat houses, and a need to revisit artificial roost structures. In fact, existing approaches may only meet some of the varied needs of bats and could, in some cases, create death traps in a rapidly warming climate.

First we have the problem of too much of a good thing. Bats, particularly reproductive females and their offspring, need a warm environment to roost in during the day. Without it, reproduction is unlikely to be successful. But not too hot! Bats have small bodies with large wings of skin, making them susceptible to overheating and dehydration.

Bats dying from overheating has become a real concern around the world, with temperature records being broken and heat waves lasting longer every summer. What once looked like an inviting sunny location may now be a deadly hot spot.

When bats take up residence in an old building attic, they will move around inside the space to find just the right temperature to raise a pup, just like Goldilocks testing each bowl of porridge. In a bat house, this option is far more limited, meaning bats have a harder time finding a roosting spot that is “just right.”

In the wild, bats often move between rock or tree crevices that may be just right in the spring but too hot in summer, or too cold in spring but just right in summer. As outside temperatures fluctuate, bats move around to find just the right temperatures — whether in large attic roost spaces, between rock crevices or among tree bark cavities. Individual bat houses pose the same challenge.

Finding just the right temperature is important for bats because as our only flying mammal, they face a unique challenge — flying is energy-intensive.

Instead of burning fat to stay warm, reproducing female bats rely on surrounding air temperature to maintain body heat. Their warm bodies develop a fetus in a short period and produce ample milk for nursing their young. A roost that is warm ensures they don’t burn through too much fat and keeps their pup’s little body warm so it can grow and fatten fast, ready for winter. Roost temperature plays a critical role in determining whether a mother bat successfully raises her pup.

Bat “boxes” provide valuable shelter to a small but important subset of bats that are very important for helping control insect pests in our community gardens, farms and backyards. As older buildings give way to new tightly-sealed structures, roost sites grow scarcer. Long-lived females may be surprised to discover that the roosts to which they faithfully return each year are gone, with no other local options.

Bat boxes can help, but bats need more than a solitary outpost. Instead of just one box in one back yard, consider a few in different climatic corners of our neighborhoods — sunny, mixed sun and shade. Giving bats accommodation options that are all a short flight away is a great way to help them avoid problems with overheating and overcrowding. And a community approach is pretty much guaranteed to succeed because even though not everyone’s bat boxes will be occupied all of the time, or every year, each box plays a role in helping your local bats over time. This may be a better way to get to know your neighbor than asking to borrow a cup of sugar!

But as anyone who has dragged a stroller up the steps of a bus can attest, moving young can be difficult and energy draining. So keeping some boxes close together is an important tactic to provide passageways between boxes for females with young to move to cooler or warmer areas as needed. Building boxes back-to-back with passageways between is one option.

At the community level, green spaces can make an excellent location for a “mini-attic” built especially for bats. These provide more temperature and humidity options than a single bat box — more closely simulating old building attics. Constructing these “bat condos” can help any neighborhood become bat-friendly because what bats really need is not just a house, but a community.

Fortunately, community bat programs, like those in British Columbia, Alberta, Alaska and Vermont are starting the work of talking to people about creating better conditions for bats across wider areas.

As white-nose syndrome spreads across the United States and Canada, bats need a helping hand more than ever. We are working hard to figure out how to do this in urban landscapes where our dependence on bats has largely been taken for granted. We recently piloted a promising new white-nose syndrome prevention tool, adding probiotic dust to some bat boxes in Metro Vancouver, with the goal of arming bats with the ability to fight off the deadly disease. This could give us another reason to erect bat boxes in our urban landscapes, but we won’t know how well this tool works for at least another year, as we test bats coming back from hibernation.

Overall bat boxes can be great tools for bat conservation, but if we want to help bats survive and reproduce by building artificial roosts (or protecting natural ones), it is important that our neighborhoods and local governments work together to ensure a wide range of nearby roost options for bats to move — so they always have the opportunity to find conditions that are “just right.” 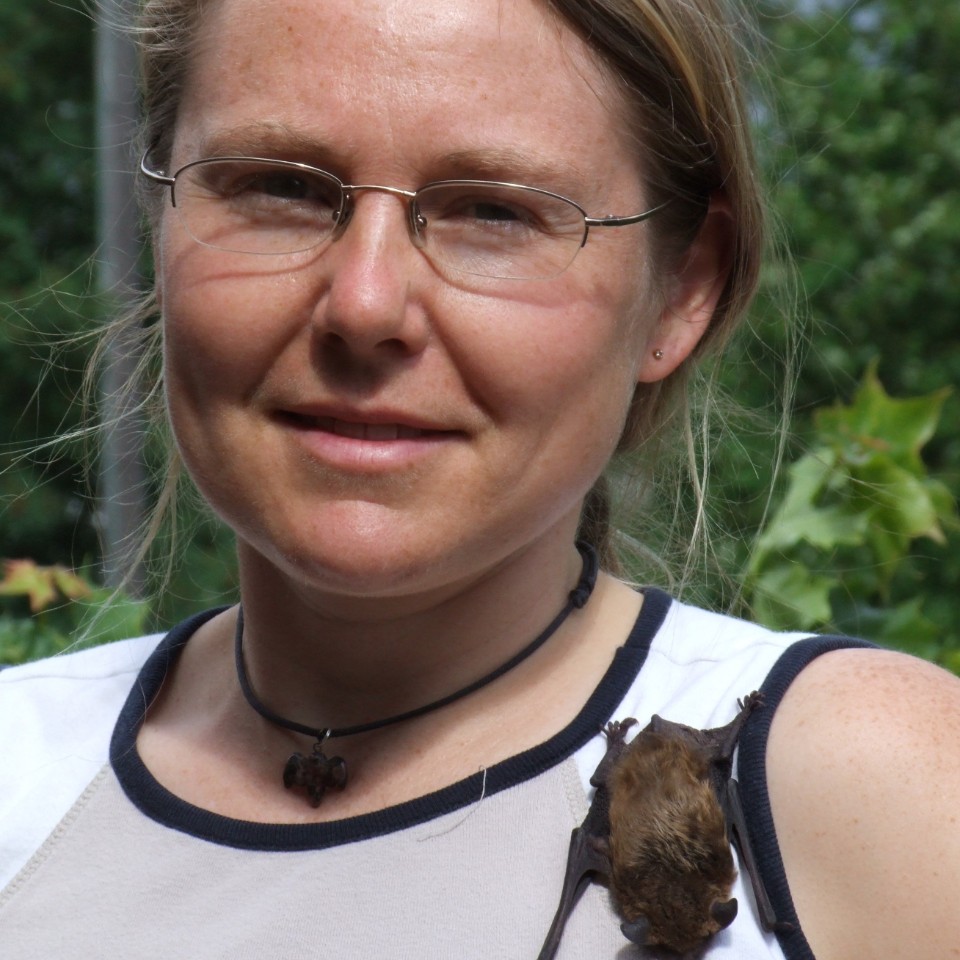 is a conservation research biologist with WCS Canada. She has been actively working on bat conservation issues in western Canada for more than 20 years.