It’s not just the coastlines that are recording climate change. Even the mountains of North Carolina are feeling the heat — including some endangered plants.

Excerpted from A Road Running Southward: Following John Muir’s Journey Through an Endangered Land by Dan Chapman. Copyright © 2022 by the author. Reproduced by permission of Island Press, Washington, D.C.

Boone, North Carolina — It’s a wonder anything survives the ice, snow, and winds that pummel the ridge, let alone the delicate-seeming yellow flowers known as spreading avens. The lovely, long-stemmed perennials are exceedingly rare, officially listed as endangered, and found only in the intemperate highlands of North Carolina and Tennessee. They sprout from shallow acidic soils underlying craggy rock faces and grassy heath balds. At times blasted with full sun, but mostly shrouded in mist, the avens are survivors, Ice Age throwbacks that refuse to die. Geum radiatum is only known to exist in fourteen places, including hard-to-find alpine redoubts reached via deer trail or brambly bushwhacking.

And that is where I find Chris Ulrey, the world’s preeminent spreading avens expert. Granted, not a lot of botanists devote their professional lives to spreading avens. And Chris, a plant ecologist with the National Park Service, doesn’t focus solely on that particular flower, aka Appalachian avens and cliff avens. Yet I know of no other Geum aficionado who, over two weeks each of the last twenty summers, has scoured the highest peaks of the Blue Ridge monitoring the elusive flowers. He has also written a series of authoritative reports on the plant’s status and prospects, all of which underscore that avens are heading down the extinction highway. The culprit? Climate change. Avens, after all, move higher and higher up the mountains in search of cooler climes. So what happens when there’s nowhere else to go? I’d come to this off-piste mountaintop — whose name Chris requests I not mention so rare-plant hunters and rock climbers don’t destroy the remaining avens — to find out.

But Chris is busy, dangling from a hundred-foot rope attached to a vertiginous cliff, rappelling between clumps of avens. At least, I’m told by a colleague that he is. I can’t see Chris. He’s shrouded in thick fog on the other side of a fifty-foot ravine that promises, with one slippery misstep, a most painful death. Occasionally, I can hear Chris. He chirps out the statistics of the latest avens colony — length, width, number of rosettes — either marveling at their hardiness or lamenting their fragility. The colleague duly takes notes and quickly compares them to the flower’s status the previous year. A full scientific accounting will come later. Today is all about the search, and the scenery. 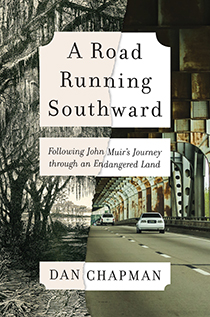 Chris is in his element.

“This is awesome,” he yells skyward, a break in the fog allowing a glimpse of the beatific botanist, head thrown back, arms outstretched, beseeching the heavens.

Most Southerners, if they think about climate change at all, think about the weather. They know about record-breaking temperatures and increasingly nasty storms. They’ll mention droughts or rising seas. They may even connect wildfires and flooding to a warming world. Yet there’s a widespread perception that climate change is mainly a coastal phenomenon. Seventy percent of Americans who live within twenty-five miles of a coast say the changing climate affects their local community, according to a 2020 Pew Research Center survey. Of those who live more than three hundred miles from the coast, only fifty-seven percent say it affects them.

Perhaps the findings aren’t that surprising. After all, if you witness ever-higher tides and more frequent coastal floods, you’re more likely to believe that something strange is going on. The changes are more subtle, and longer range, across the mountains. But those same climatic forces — higher temperatures, more (and less) precipitation, extreme weather — that hammer the lowlands bedevil every region and ecosystem in the world. And, make no mistake, a warming world portends drastic and irreparable harm to the southern Appalachians, which Muir labeled “the most beautiful deciduous forest I ever saw.”

He never made it to this corner of North Carolina, crossing the Old North State’s southwestern corner instead. The same hills and vales that so entranced Muir during his post–Civil War trek kept a grip on his imagination for the rest of his life. It would take three decades, but Muir eventually returned to the verdant, botanically rich forests of the South. By then he was the nation’s most famous naturalist, his name synonymous with mountains, glaciers, Yosemite, Alaska, and the Sierra Club. In an 1898 letter to Charles Sprague Sargent, the Harvard professor and the nation’s top tree expert, Muir wrote: “I don’t want to die without once more saluting the grand, godly, round-headed trees of the east side of America that I first learned to love and beneath which I used to weep for joy when nobody knew me.”

That fall, Muir joined Sargent and William Canby, a banker and well-regarded amateur botanist, on a month-long tour of the southern Appalachians.  They visited Roan Mountain, the five-mile-long massif of alpine grasslands that explode in a riot of red, pink, and white rhododendrons each spring. Muir, under the weather from days of heavy travel, reposed at the Cloudland Hotel, which straddled the North Carolina–Tennessee line and afforded magnificent views. “All the landscapes in every direction are made up of mountains, a billowing sea of them without bounds as far as one can look,” he wrote to wife Louie, “and every mountain hill & ridge & hollow is densely forested with so many kinds of trees their mere names would fill this sheet.”

Muir made no mention of the spreading avens. Other botanical luminaries did. André Michaux, the famed French botanist, visited Roan in the late eighteenth century and shipped specimens back to Paris. Asa Gray, the ensuing century’s botanist extraordinaire, found avens atop Roan “in the greatest profusion.”

Chris Ulrey has studied Roan’s avens every July for two decades. Compared to The Unnamed Mountain (TUM) that I promised to not identify, Roan is a walk in the park. Motorists can practically drive to the top of the 6,300-foot mountain. Its accessibility, though, makes it an imperfect barometer of the plant’s health. Hikers who leave the AT and other trails trample or pick the flowers. Rock climbers, acid rain, second homes, and ski resorts harm avens elsewhere. But TUM, perhaps more than any other remote mountaintop, offers a truer — and scarier — barometer of the changing climate’s impact on avens and mountain ecology.

“It’s pristine; nobody comes out here. There are no recreational impacts,” Chris says. “It’s one of the largest populations. We haven’t recorded many deaths. But we rarely see any young plants, which is a concern. If it wasn’t a long-lived plant, it definitely would’ve gone extinct long ago.”

Avens, most likely, were more abundant at the end of the last Ice Age 10,000 years ago. As the glaciers retreated, and the South warmed, the plants were trapped, unable to migrate farther north. So they crept up the mountains in search of cooler, wetter locales. They settled in their alpine homes above 4,500 feet surrounded by spruces and firs and, in the case of TUM, red oaks. They thrive in humid places with annual temperatures averaging forty-five degrees. Rain and snow amounts may top one hundred inches a year. Most avens face north or northwest, avoiding direct sunlight. Fog is a constant companion. They grow in very shallow soil, as little as two centimeters deep.

Avens made the endangered species list in 1990. A Fish and Wildlife Service “recovery plan” three years later tallied eleven distinct populations of avens; five other groupings had already been extirpated. And eight of the remaining eleven had undergone moderate or significant damage during the previous decade. “Populations are declining and vanishing for reasons that are, in many cases, not clearly understood,” Service biologists wrote.

Chris has a pretty good idea why. In 2016, he authored “Life at the Top: Long-Term Demography, Microclimatic Refugia, and Responses to Climate Change for a High-Elevation Southern Appalachian Endemic Plant,” which appeared in the journal Biological Conservation.  Chris wrote that “climate in the southern Appalachians is projected to rapidly change over the coming few decades [and] is likely to be particularly threatening to rare plants because of their narrow distributions, small population sizes, and specific habitat requirements.”

He’s blunter on top of TUM.

“At the pace we’re going,” he says, “they will not be able to adapt and move — they’ll just blink out.” 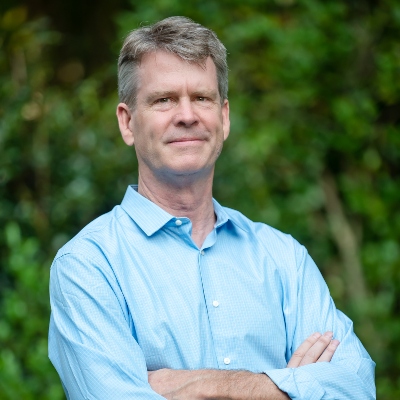 is a writer, reporter and lover of the outdoors. He grew up in Washington D.C. and Tokyo, the son of a newspaperman and an English teacher. He worked for Congressional Quarterly, The Winston-Salem Journal, The Charlotte Observer and The Atlanta Journal-Constitution. He has also reported from Asia, Europe and the Middle East. He currently writes stories about conservation in the South for the U.S. Fish and Wildlife Service.